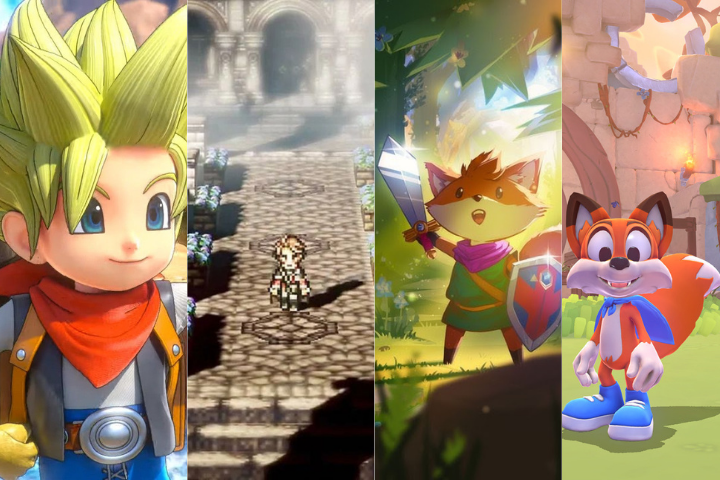 As of May 30, there are exactly 412 games that are available to play on PC Game Pass. With all those games available, it can get pretty overwhelming to go through each one and seeing which ones are good, and which aren’t. With that, here are a few hidden gems on XBOX Game Pass PC that you might be interested in playing.

For those who enjoyed Link’s Awakening on the Game Boy and again on the Nintendo Switch, this game is exactly what you’re looking for. Tunic is an homage to games similar to those previously mentioned. It’s a top-down isometric adventure game wherein you spend time exploring, collecting money for upgrades, and facing incredibly difficult boss fights. Aside from its gameplay, the ambiance of the game is absolutely incredible, the music, the environment, and just the overall exploration and immersion of the is one of the best I’ve seen

Don’t let the chill soundtrack and ambiance fool you however, this game is DIFFICULT, there multiple times I was tempted to just throw my controller across the room. And yes, I recommend using a controller for this game, as a mouse and keyboard might just make this game even harder.

A spin-off to the Dragon Quest series, Dragon Quest Builders 2 takes Minecraft and basically paints a Dragon Quest skin on it. Unlike Minecraft however, this game comes with a story, not a fully fleshed one mind you, but just enough to keep you playing.

The fun in the game is obviously is the building. The story is there to mainly make sure you have all the recipes to create everything the game has. So by the time you’re done with the story, you’re pretty much set on doing whatever you want. Not to mention, a few villagers will also be joining your area, and they would also request for a few things to get built, so it’s really up to you on how you plan out your given area.

Heavily inspired Paper Mario, Bug Fables incorporates a similar art style, with a turn-based style combat. For its premise, you follow Vi, Kabbu, and Leif as they go on an adventure, exploring the secrets of the Land of Bugaria.

Despite its simple gameplay and premise, its rich story and lore is there to keep you playing. Each character has its own little charm that make you love them and hate them. I recommend this game for not only fans of Paper Mario and Super Mario RPG, but for RPG fans as well.

If you enjoyed games such as Super Mario Odyssey, the Spyro series, or other 3D platformers, this game is definitely for you. You play as Lucky, as venture using the Book of Ages, an ancient artifact that allows you to open doors into different worlds.

When talking about platformers, the most important thing to take into account is the level creation. It’s safe to say that this game absolutely delivers. Its art style is charming, and not cartoon-y enough that it looks like a kids game. Overall New Super Lucky’s Tale is a charming 3D platformer that throws you charming and creative ways to play the game, but not too difficult to make you rage quit.

Slated as one of my favorite turn-based RPGs, Octopath Traveler provides players with 8 completely different characters with their own main stories. Each fully fleshed out and with plots and twists. Also, only being able to bring 4 characters at once, gives you the good problem of mixing and matching the different characters to get yourself a fully optimized team.

Octopath Traveler could easily give you over 50 hours of gameplay, even more if you’re willing to grind for the post-game boss, and by the end of it, I wouldn’t be surprised if you had a favorite traveler.