Now that Gravity’s Ragnarok M: Eternal Love (SEA) is on its Open Beta Testing phase, I’ve decided to give it a try since the Ragnarok franchise has been one of my favorite MMORPGs ever since I was a kid. If you are a beginner and are starting from square one, the game may seem a bit confusing due to the high number of things that you can do. Here are basic tips on how you can maximize leveling up your characters without spending a single dime. Check it out! 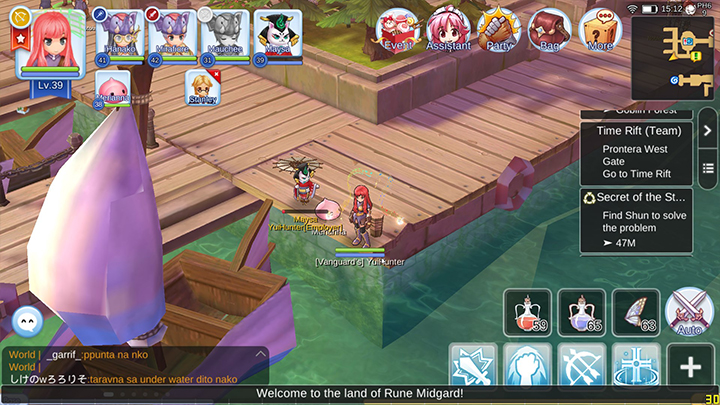 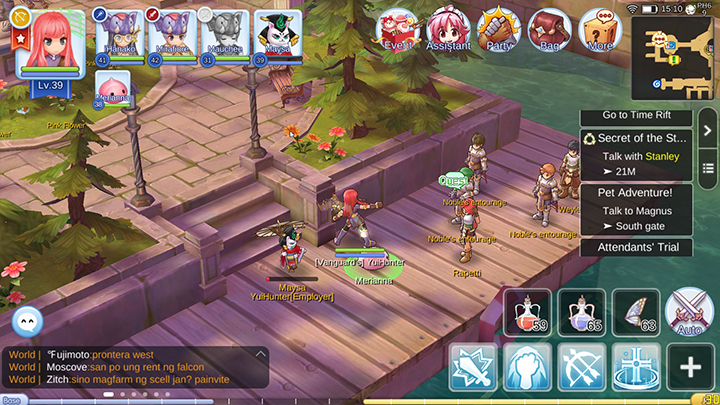 This is probably the most obvious tip amongst those in this guide. Story and side quests are scattered all over different parts of the map, especially in towns and cities. However, I suggest that you shouldn’t binge-quest all the way as there’s a more important game mechanic that comes into play in this game. 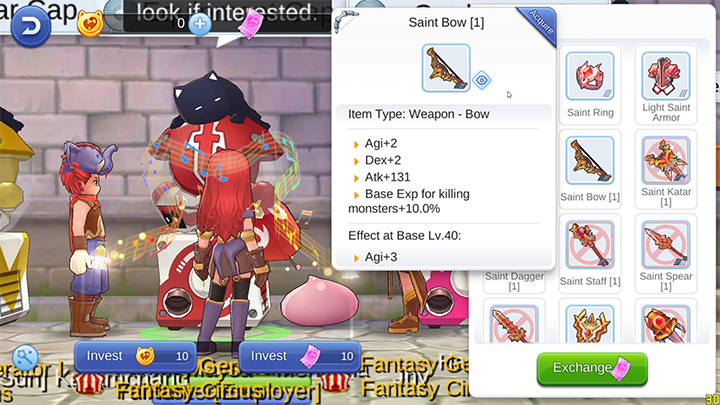 The Fantasy Circus Generators contain gacha headgear, equipment, and cards that are good for beginners who don’t have high-powered weapons and armors yet. Aside from the powerful stats that each piece of equipment provides, there’s also an increase in Base EXP gain. You can find the generators near the South Gate of Prontera. 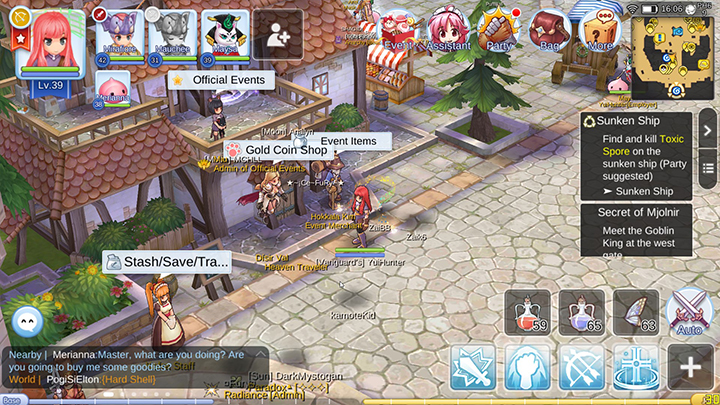 While technically these are premium items (you’ll need to buy cash shop currency to pull), the game is currently handing out free tickets to celebrate it’s Open Beta launch. So in the meantime, it’s still considered as a free method. Each gacha roll for the equipments require 10 pink tickets while the headgears cost 30 blue tickets. 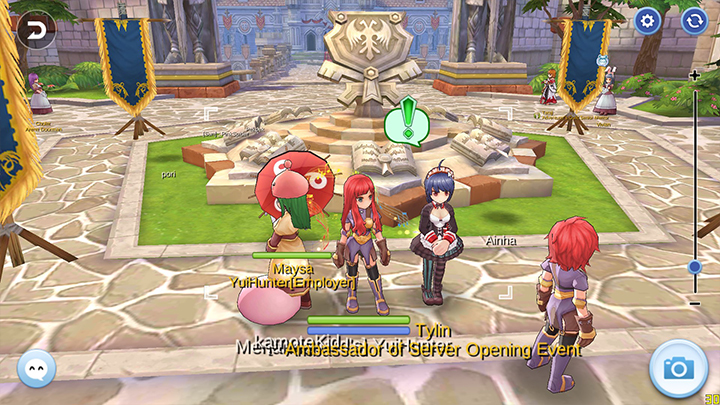 You can get at least 30 pink tickets if you pre-registered by talking to Miu (found in the balcony near Prontera’s lower central area) while more than 30 blue tickets will be provided (will only last until December 1, 2018) by speaking to Tylin (found in the upper central area) and availing the Adventurer Bag reward daily for 5 days. 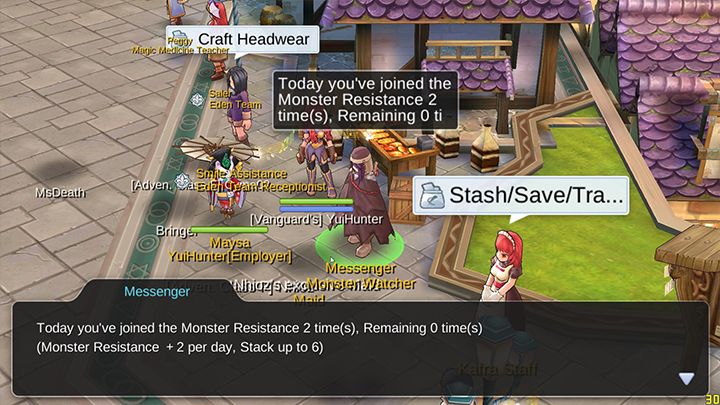 The “Monster Resistance” quest provides 10x your normal exp gain when killing monsters per day. Yes, you read that correctly, you can take this “quest” when you reach level 22. The Messenger Monster Watcher NPC will be present in each main town that you visit so you don’t have to worry about finding him. The catch, however, is that there’s an exp threshold of the increased exp rate that the player can receive during the quest.

Note: The quest can be stackable up to 6 times which means users can stack up to three days worth of exp threshold. 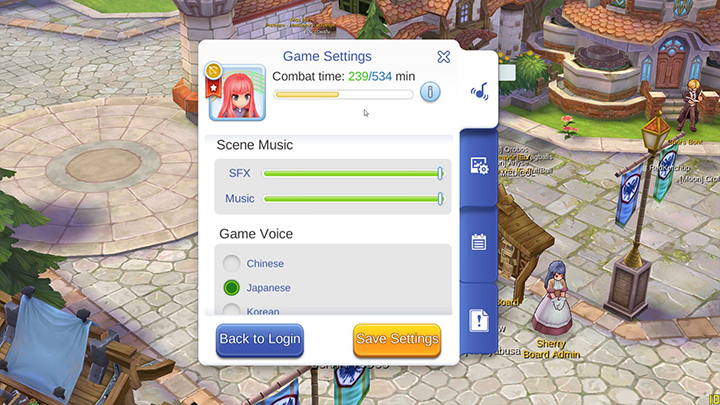 This is arguably the most essential system in the game. Grinding monsters will take a lot of time but thanks to the Auto-Attack mechanic, that won’t be much of a problem. The catch, however, is that in order to prevent players from abusing grinding, Gravity implemented a Combat Time system. This system lets users receive normal exp and loot gain under a given time limit of combat. Reaching the limit and going beyond it will activate the system called Combat Fatigue which will gradually decrease the exp and loot rate over time on each character. Here are the rules: 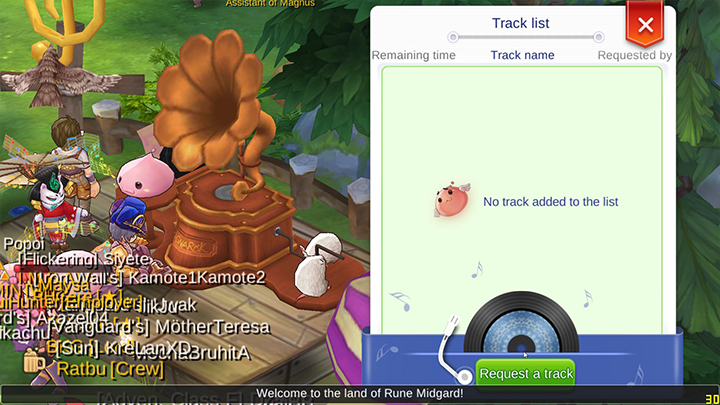 Reaching Combat Fatigue is a huge bummer for us players but, we can retrieve some of our Combat time just by listening to the Music Box located at the South Gate of Prontera. To activate it, just press the music box to open the track list. Activating the song will require you to stay in the area where you can hear the music. A maximum of 60 minutes can be recovered which should be plenty enough to grind once more before the day ends.

Note: Anyone can put in a song which can also be heard by everyone in the same area and channel.

Tip: I would rather exhaust my Combat Time first before doing any story-based and side quests, this is because the exp gain from quests isn’t affected by combat fatigue. 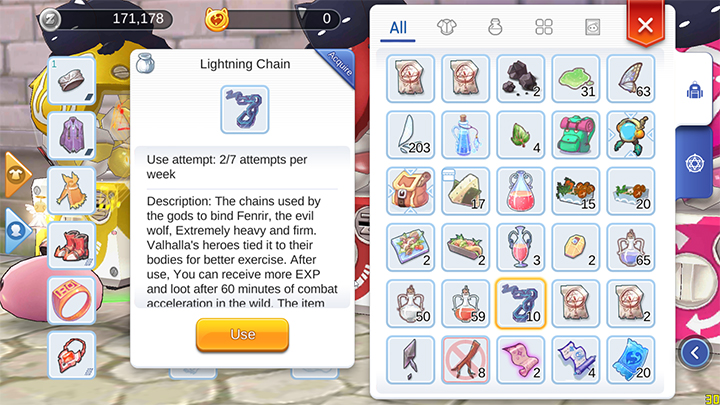 Lightning Chains are one of the essential boosting items in the game. Using this will amplify your EXP and loot gain as long as you don’t reach Combat Fatigue. You can purchase this in the Event Items shop, just under Miu’s position in Prontera, or acquire it by participating in event quests and rewards. 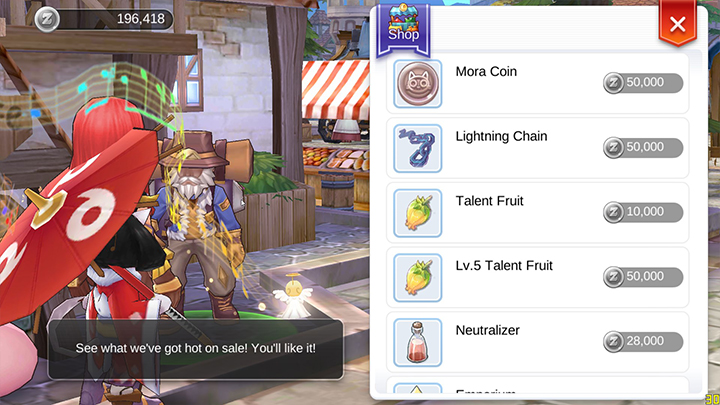 Tip: Use Lightning Chain when you decide to do the Monster Resistance quest to maximize the exp gain of your character. 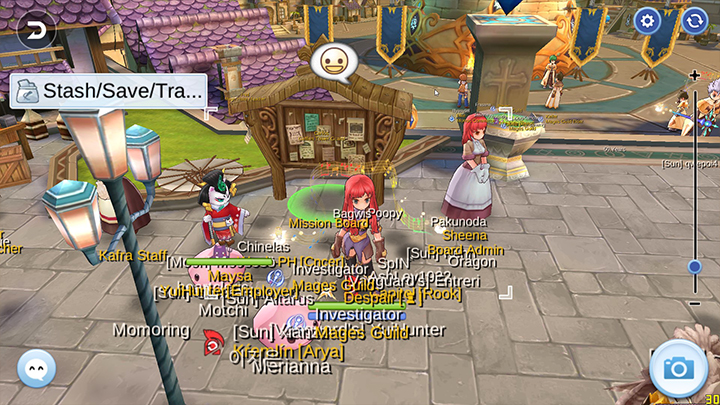 Last, but not the least, is the Mission Board which gives tons of EXP. Players can get any posted quests in the board but they can only take up to 10 per day. Again, due to the Open Beta celebration, there are currently board quests that give out twice their normal rewards. 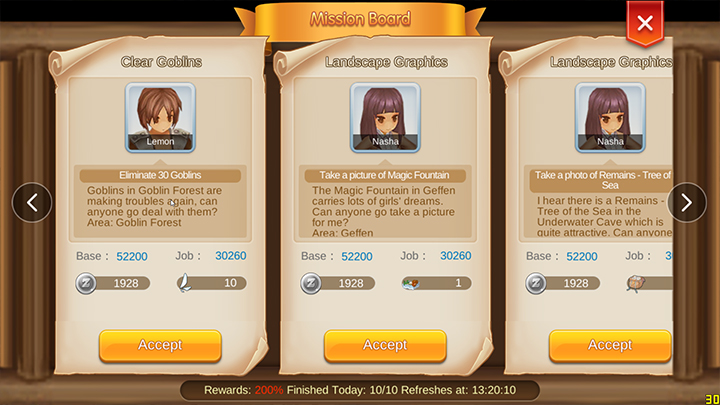 To give you a glimpse, here’s the order of how I do things daily:

And that’s it! I hope this boosts your leveling and grinding knowledge in the game. If you have more tips, tricks, and suggestions, leave them in the comments section below. See you in the game!

Here’s a fast leveling tips that I’ve made. Not only for leveling but for getting more zeny in-game. I only play 1-3 hours but since I’m already high level, here’s what I’m doing.
https://www.youtube.com/watch?v=X7jEWPgwE6o

Hi! Nice Guide thank you for this! I just wanted to ask if you can do mission board quest twice coz you mention this on the page >> “Mission Board refreshes both in the morning and the afternoon”.

That means I do mission board twice in a day?

Just want to know where i could buy a magnifier?