In September of 2021, Bethesda Studios published Deathloop, Arkane Studios’ take on a multiplayer assassination game. Blending single-player gameplay with multiplayer competitiveness. In this story, you play as Colt, wherein your goal is to assassinate certain targets while also being hunted down by the antagonist of the game, Julianna Blake.

For those playing on PC, particularly those with AMD Radeon RX GPUs, your experience with the game may have gotten better. As AMD has partnered with Arkane Studios and Bethesda to bring you an amazing, immersive DEATHLOOP experience with incredible image quality and performance thanks to the FidelityFX Super Resolution 2.0. If you’re not familiar with FidelityFX Super Resolution, it’s essentially a way for AMD to upscale the resolution, and boost the framerate of certain games. With an RX5700 XT, I found that the game averaged around 100fps with FidelityFX Super Resolution 2.0 off and at mostly high settings. What makes the FidelityFX Super Resolution great is that it allows you to choose between presets of resolution: Quality, Balanced, and Performance. Throughout my playthrough of the game, I played mostly on Quality Mode to see what it could do, and this resulted in lower fps (around 70-90fps), however, the improvement in graphics was noticeable with better shadows and lighting. Be wary though, as an increase in performance also means an increase in temps, so if you plan on playing in Quality Mode, make sure to stay in a cool area, or make sure your PC just has a lot of cooling.

When playing on Performance Mode, the averages of fps and temp were mostly the same as when I had Super Resolution off, but the temps I did notice were slightly lower. So if I were to choose what to play on, I’d stick to Performance Mode just to be sure. 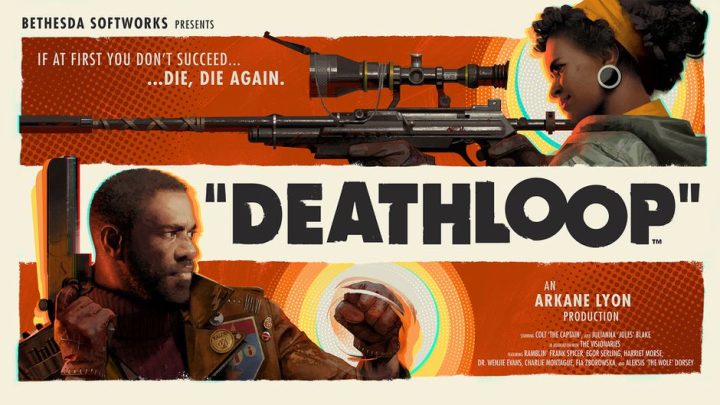 Now when it comes to the actual game, I had an absolute blast playing it. Playing mostly as Colt, and having the choice of playing stealthily or guns-blazing is a treat. There was one mission for instance, where I would be taking people out one by one without getting caught, then reached an area of the map where there were around 5 people; I ended up getting lazy and just started taking them all out at once. There is a story in this game, as will be mentioned later, but the humor in this game is witty and full of quips. Whether it’s due to the great voice-acting of the characters, or the text written on walls during the missions (you’ll know what I mean when you play the game) I just found the humor in this game highly entertaining. 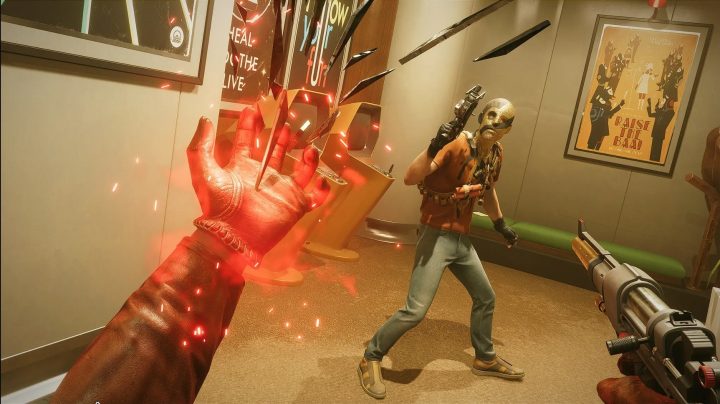 The gunplay of this game is also great, each gun has a different “feel” to them, and after two or so missions, you could already tell which ones would be your favorite. The creation of loadouts and character customization is simple enough, though the way the game presents it could be a little bit confusing, as it will be pointed out in a bit. When talking about how the game looks, it looks beautiful. Each location is as unique as the other, and the maps are simple enough to manage but just enough to make you think of a strategy on how to reach your target. If I were to give some not-so-good notes on the game, I would say that the story isn’t as captivating or as deep as I would want it to be. However, this is coming from someone who enjoys RPGs with deep lore, and a fully fleshed-out story. Despite the great voice acting of Julianna and Colt, the story just didn’t captivate me enough to make me pay attention. Another would be that there was too much text at the beginning of the game, especially during the tutorial of the game. Though I did try and go through the tutorial, I felt like it just ruined the pacing of the game, as I just wanted to enter the game and learn as I progressed. Lastly, though this isn’t the game’s fault, is that I felt that no one was really playing the game anymore. During my playthrough, I played mostly as Colt and did all the quests the story asked of me. And the reason for this is that whenever I would attempt to play as Julianna, and try to invade other players playing as Colt, I just couldn’t find a game to play in.

Overall, this is a great game with great gameplay, and ever better visuals and made even greater with the use of FidelityFX Super Resolution. Whether you want to focus on how the game looks, or how the game runs, AMD has got you covered. If you’re the type of gamer to plow through a game in one weekend, or take your time and do maybe one or two missions a day, I would recommend this game. The freedom to choose how to approach each mission also shows how this game really caters to all players. Want to run and gun? By all means, ammo and healing items are scattered all throughout the map. Want to sneak your way to the assigned target? Sniping locations are pretty accessible right from the get-go. This game allows players to be what they want to be.