CryptoBlades and the SKILL token: Should you spend and play?

Blockchain games are popping up left and right, hence our previous list of Blockchain games you probably haven’t heard of. From that list, something resonated with us, which is why we bring you CryptoBlades. After Axie Infinity and My DeFi Pet, should you spend and play on this browser, clicker type of game? Find out here as we discuss more. 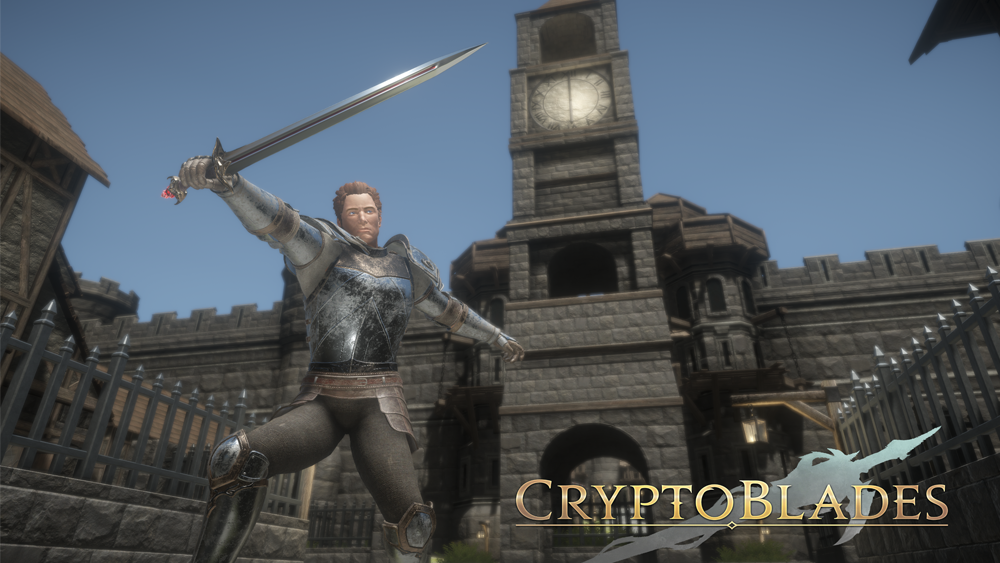 CryptoBlades is a web-based NFT roleplaying game launched on the Binance Smart Chain and developed by Riveted Games that was established back in 2014. CryptoBlades does not require any download as it is available on any browser. Gameplay-wise, CryptoBlades is as simple as they get being a clicker type of game. The best example close to this is Adventure Quest Worlds—classic. 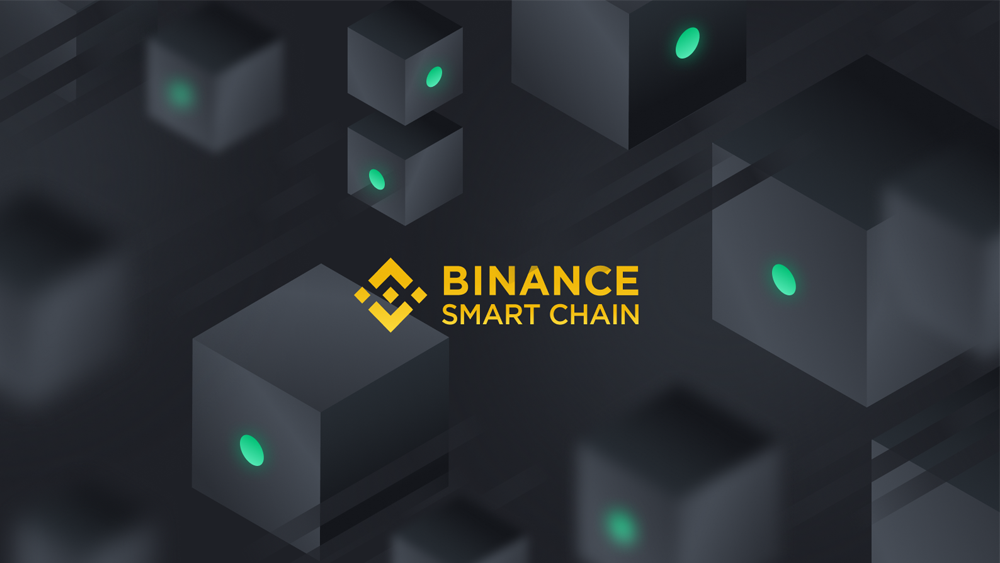 The vision for the game is to give its players control of their digital assets, turn the game into a “Play to Earn,” and increase the adoption of blockchain technology into their everyday lives.

How does it work

Since CryptoBlades is a browser game, the player must access the internet to play the game on their official CryptoBlades website. Furthermore, its CryptoBlades contracts are deployed on the Binance Smart Chain, where the player will need to have a nominal amount of BNB cryptocurrency to pay for transactional gas fees.

The Binance Smart Chain (BSC) is a blockchain that boasts smart contract functionality and compatibility with the Ethereum Virtual Machine (EVM). BSC  functions in parallel to the existing Binance Chain and allows rapid trading on that existing chain. At the same time, powerful decentralized apps are built on the BSC—hence a Dual-chain architecture. 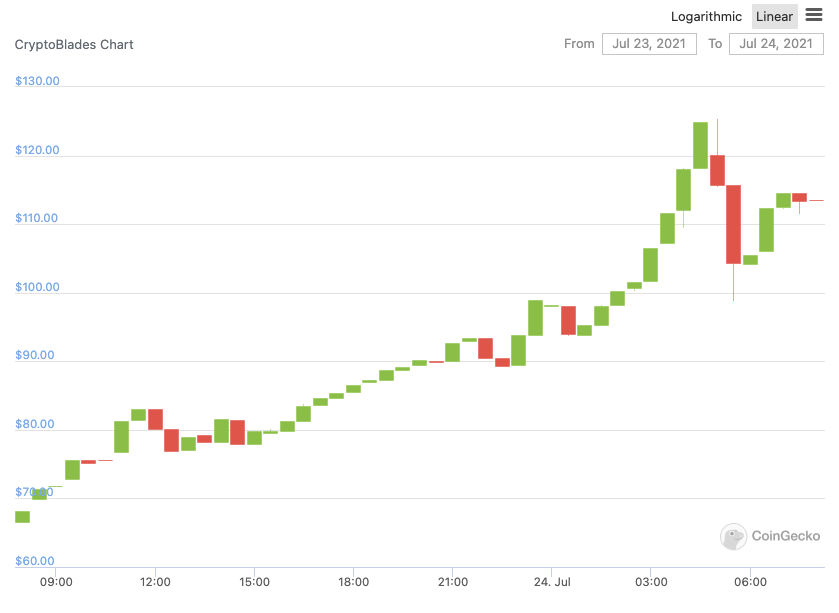 The core of the game revolves around rewarding players with SKILL tokens. Each token, as of writing, is priced at USD 113.40 (on May 24, 2021, it was just priced at USD 2.10). To earn said SKILL tokens, players must defeat enemies and participate in raids. In addition, players can hire additional characters to maximize battles and SKILL tokens earned before requiring stamina to continue, and weapons can be forge or reforge to increase overall power. Lastly, players can trade their characters and weapons in an open marketplace or bet their SKILL token earnings to receive additional SKILL tokens later as a reward—much like betting.

To recruit your first character, players need 1.2252 SKILL and .001 BNB for gas. Additionally, players are required .0015 BNB to have for battles.

1. Download the digital wallet called MetaMask.
2. Players must create a Binance account to purchase the required BNB coins.
3. From there, the BNB coins purchased can be transferred to your readied MetaMask.
4. Once you have BNB, head over to ApeSwap to obtain SKILL tokens as soon as your MetaMask has been connected.

CryptoBlades also displayed packages on their pitch deck, here is what was provided:

How to play and earn in CryptoBlades

CryptoBlades, in essence, is a fighting game where players can level up their characters and craft epic gear. The game has four elements present, which are Earth, Fire, Lightning, and Water. All characters, weapons, weapon attributes, and enemies are assigned an element. Elements increase or decrease the chances of success when battling. Like Pokemon, these elements have type advantages and disadvantages. 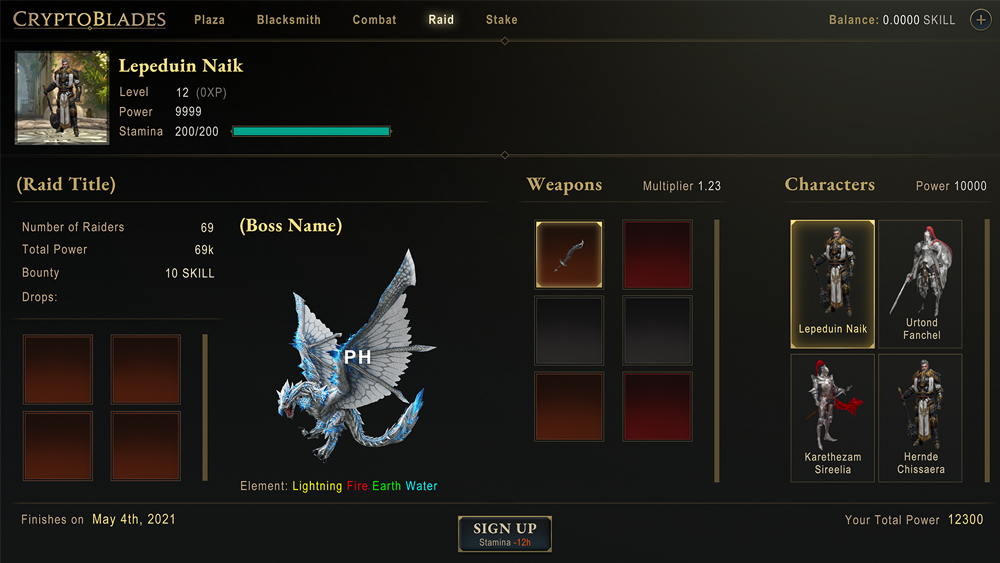 The players will start in a Plaza to select a character for battle. A player can only have 4 characters at any given time, and each character costs 1.2252 SKILL to mint. Each character has 200 stamina to compete in five battles, and stamina regenerates at a rate of one per every 5 minutes.

Combat is straightforward. Players choose a character and a randomly generated enemy to engage in battle with. Note that the player will be spending a nominal BNB gas fee to enter combat. The game then rolls for the outcome of combat and writes the results to the blockchain. This is where players receive SKILL tokens and characters experience. The SKILL reward is dependent on the power of the enemy defeated; stronger enemies equals more SKILL tokens.

The SKILL and experience earned are stored until the player initiates a transaction to convert the SKILL token to their wallet and to apply the experience to their characters. 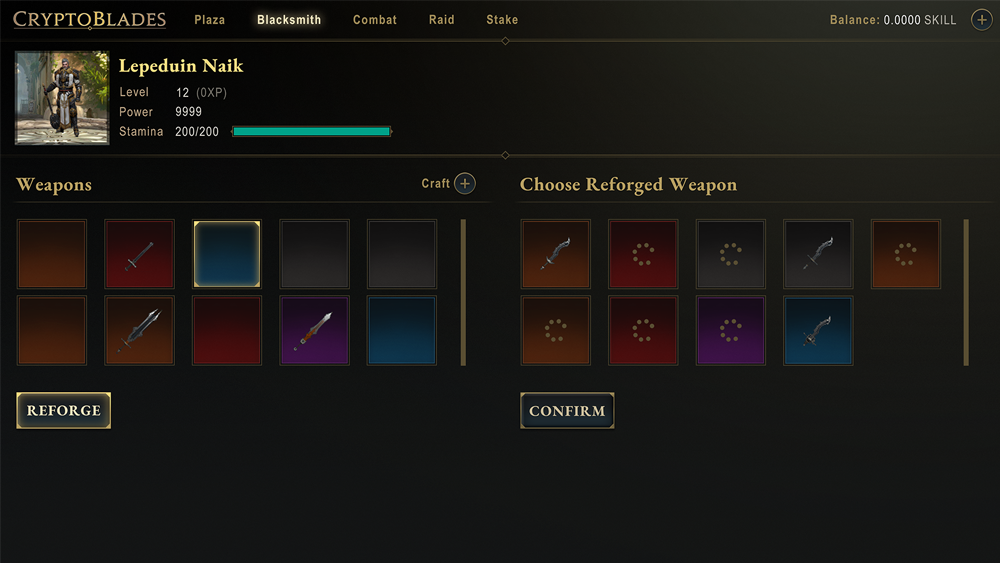 CryptoBlades also feature weapons that can be obtained in the game and are rated from one star to five. Players can also increase their overall combat power by foraging new weapons at the blacksmith. Note that the forging process utilizes RNG and the chances of receiving each tier of weapons are as follows:

Reforging is also possible in the game and combines one weapon into another by burning less valuable weapons. This allows players to upgrade to better weapons from their previous roster of low stat weapons.

Do keep in mind that CryptoBlades is a blockchain game, which means that the players own their NFTs, and they have the right to sell and trade whatever item they can. CryptoBlades have implemented a market to make this process trustless. The player can search for characters and weapons that other players have listed. 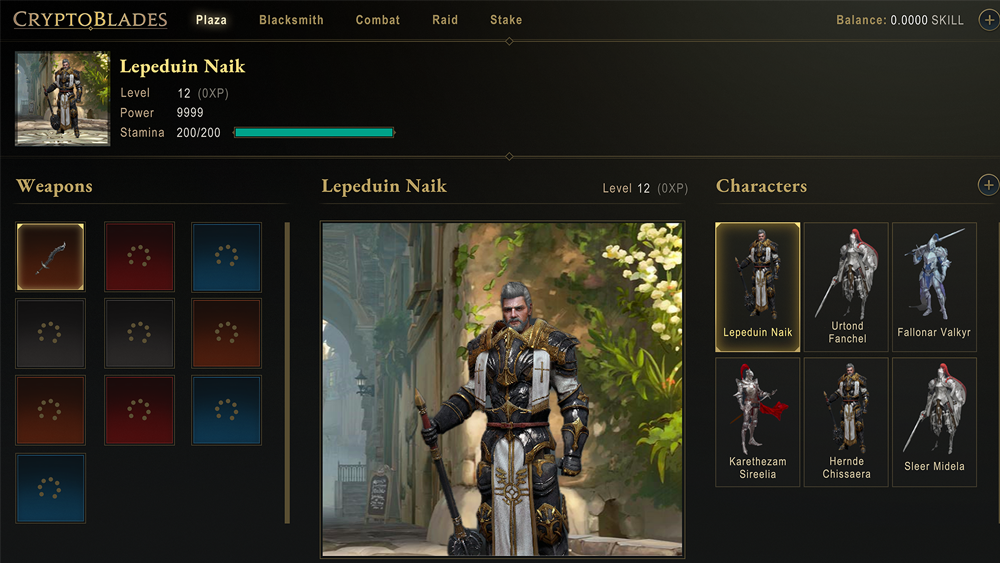 Should I get in on it?

Like other NFT blockchain games, people want to play this game for its potential to earn. And just like our previous article for Axie Infinity or My DeFi Pet, there are risks involved since the token value is volatile, which means you can either earn or lose big. These kinds of things need research and patience to make not just good gaming decisions but financial decisions as well. So again, yes, it is a game but requires real money, so if you want to try it out, make sure to use the extra money you’re prepared to use.

Wonderful review, thank you. I have been looking for cryptoblades

Awesome! I love this crypto idea
I will invest more here

I love this project I think I will link my friend to it.
Thanks for this information admin

This is a very nice review of cryptoblades

I am also curious about Binamon NFT game

hi friends,here is a CryptoBlades martket only 2% tade free.
nftfreetrade.com

Awesome guide. I love cryptoblades, I have staked my earned $skill to get more.

Trying this out suggested by my nephews, add to my crypto portfolio I am a MINER/Gamer
so tips are helpful!

you can actually earn more now as 1SKILL is equal to 7.7K. also, you can earn more skill per day if you have 4 characters

Where’s the sources for the packs

Considering the vast amount of power that cryptocurrencies use and how the Philippines is very vulnerable to climate change and its effects, it’s very irresponsible to keep promoting games like these. This is also a form of gambling disguised as a video game, which all the disclaimers in the world will not prevent from appealing to kids as well as adults.

Before you comment about CLIMATE CHANGE and CRYPTOCURRENCIES, I suggest stop being a sheep and actually learn which financial institutions are killing our world, you would be surprised that crypto isnt even in the 5% of energy used! Hindi porque nakarinig ka ng sabi-sabi sa tabi-tabi may alam kana!