Most of us indeed relished playing various browser games during Y8’s glory days back in 2007-2008. In its early years, Y8 was well known for different game genres like arcade and classic games. Notably, there are a lot of games from the website that shaped our younger years, which have also been part of our childhood. So now, let’s take a trip down memory lane and reminisce some popular Y8 games we used to play! 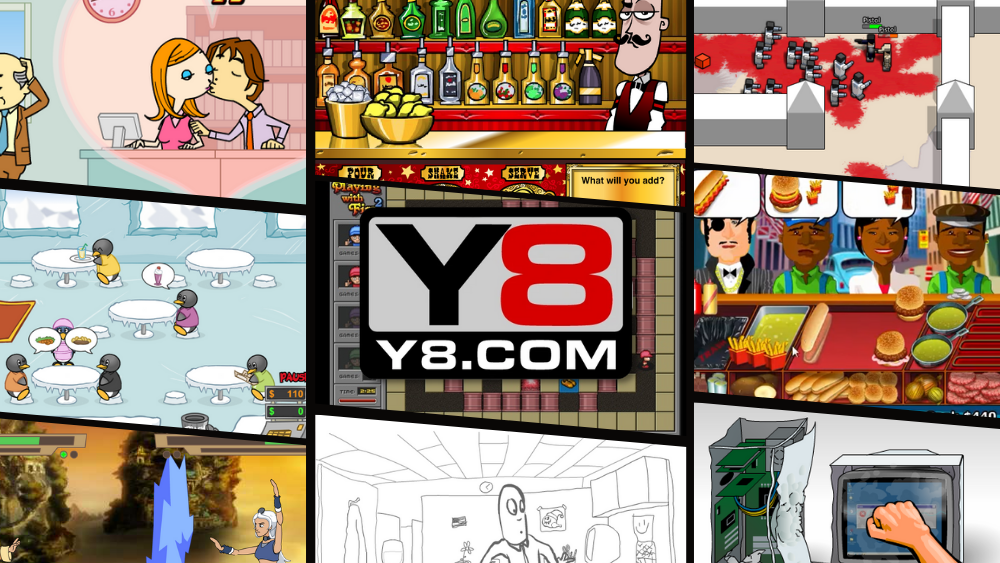 (Note: Games included in the list are still available to play at Y8.com. However, some of these require downloading of the Y8 browser.) 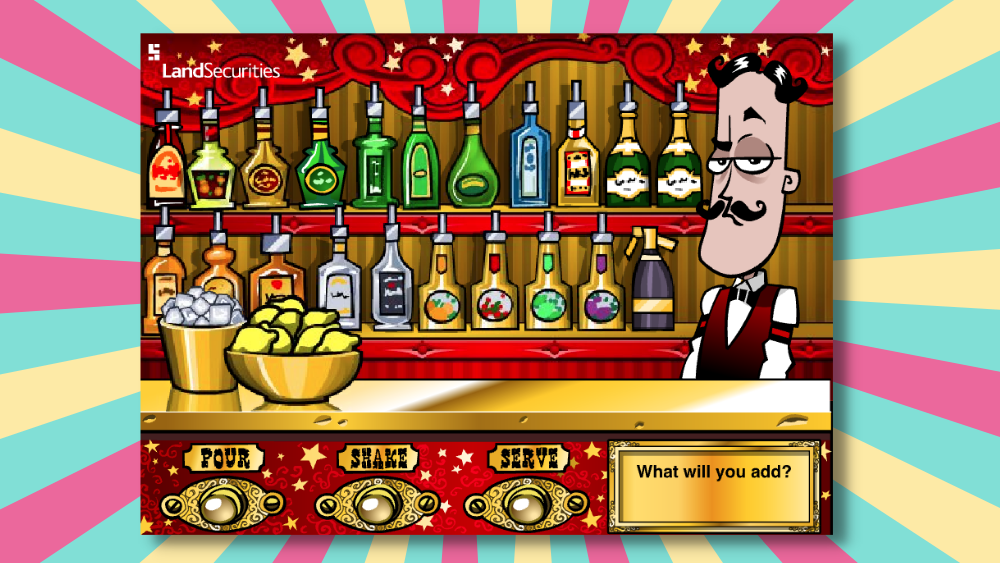 The Bartender: The Right Mix is a popular cocktail mixing game for cocktail connoisseurs. This game made it look like mixing drinks was so easy— as we only choose whatever drink we feel like, then we pour, shake, and serve it! The game was added to Y8 in August 2007, and it has been played more than 111 million times. You may still get to play the game with its new version available at Y8.com. 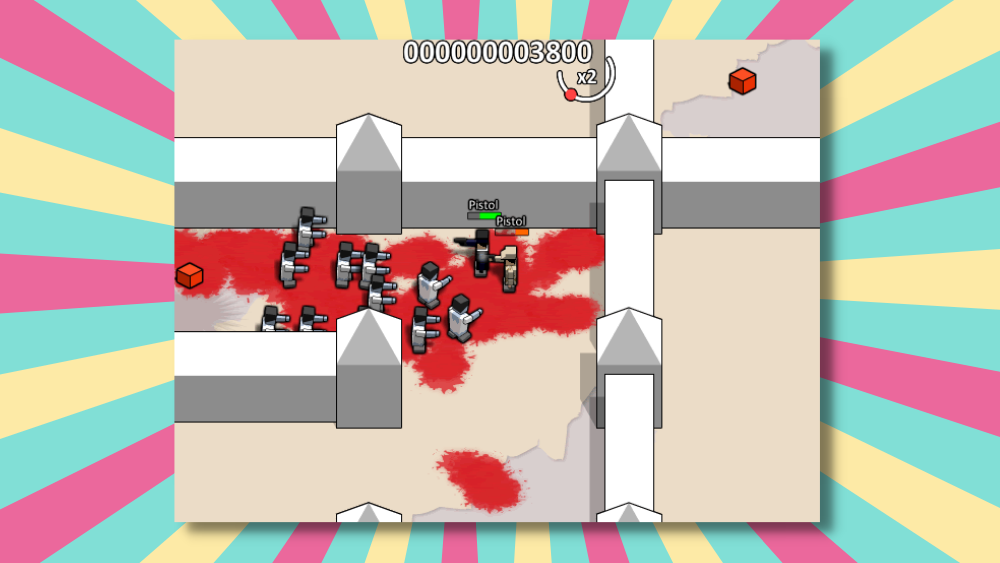 The Box Head 2Play is the fourth game of the Boxhead series, where you can play the game with two players. In the game, you may team up with a buddy to fight against the Zombies. In addition, you may customize your character, unlock the items and upgrades you need to defeat your opponents as well as pick cool skins and hats to make your character look cool. Box Head – Play arrived on Y8 in June 2007, and it currently has 83 million plays. Play the game here. 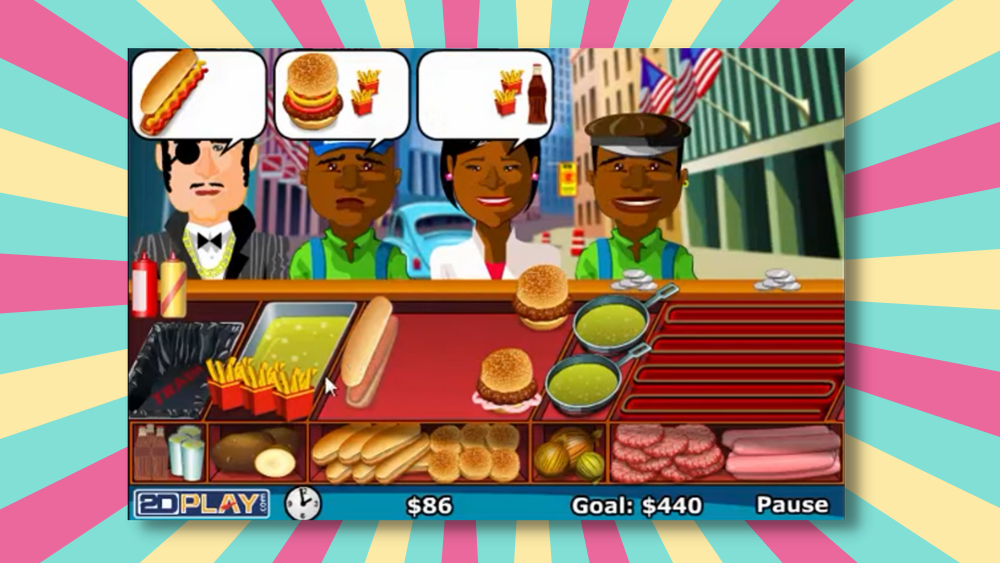 The Hot Dog Bush is one of the most iconic Flash games! It features former president George W. Bush’s career shift after his term has ended. In the game, he will sell hot dogs to all the hungry people in New York. The goal here is to keep the customers happy by giving them the hot dog of their dreams. You’ve got to make sure not to overcook the hotdogs, though, or you will have to throw them away! The game was released on Y8 in December 2007, and it is still available with more than 82 million plays. 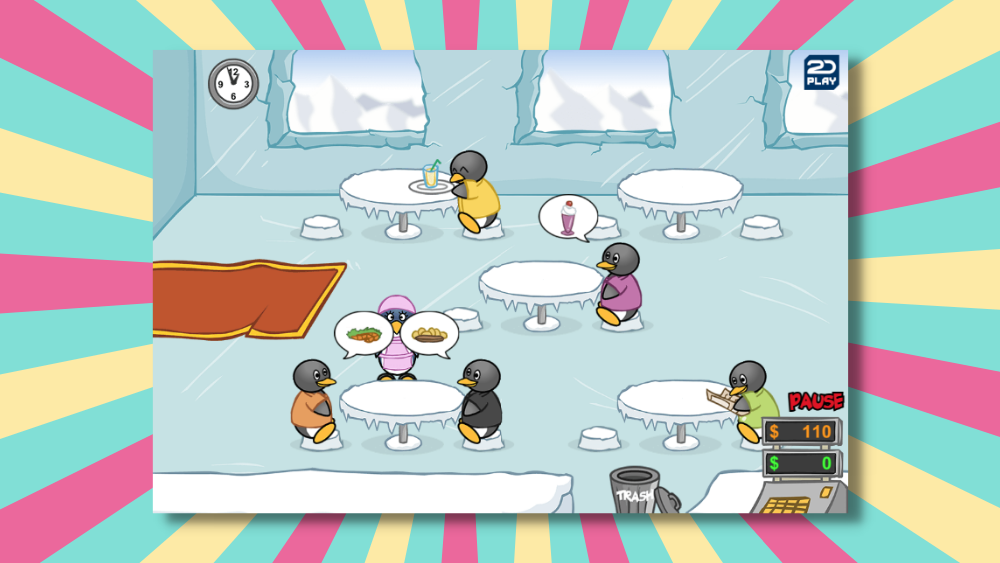 Remember Penguin Diner? It is a game about Penny the Penguin, who goes off track while on an Antarctic trek and ends up lost and penniless on top of an icy hill. That’s why she just landed herself a job as a waitress at a local diner to make enough money to get back home to her family. Here, the goal is to serve customers quickly, make them happy, and keep them returning so you can earn more. Penguin Diner made its way to Y8 in January 2008, and it has been played over 78 million times. Play it here. 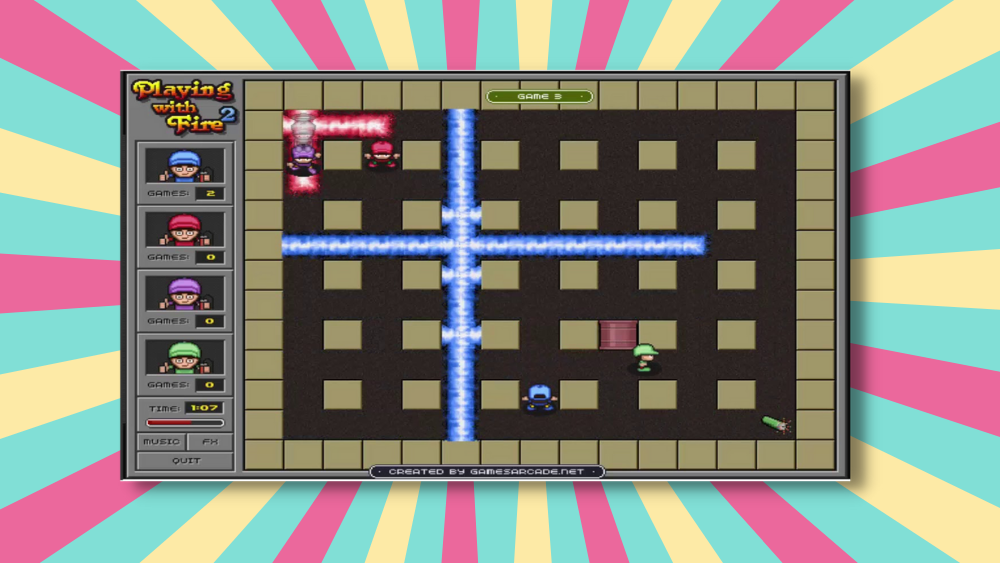 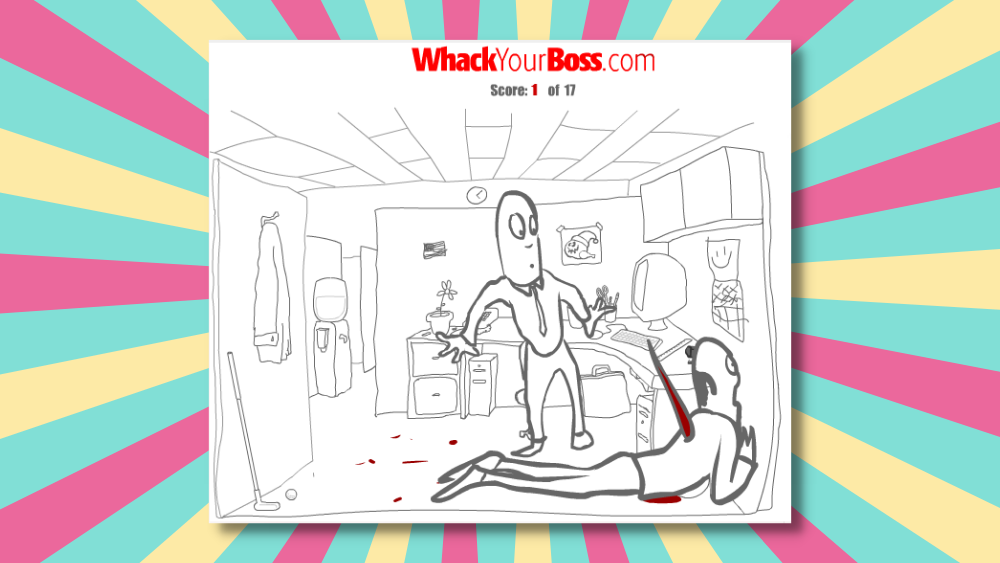 Whack Your Boss was the original interactive cartoon that started the series, giving players the ability to take out their frustrations by making selections inside the animation. In this violent game, you’ll get to whack your boss in various ways.  Further, the game’s popularity fueled multiple remakes in different scenarios. The OG Whack Your Boss (with seven ways) released in April 2007 has over 14 million plays, while Whack Your Boss (with 17 ways) released in November 2007 has doubled plays at 28 million. Different “Whack” games are still playable at Y8.com.

However, if you find whacking your ex-lover more therapeutic, the Whack Your Ex game released in October 2007 is also still available with over 78 million plays. The Whack Your Soul Mate, on the other hand, reached 23 million plays. 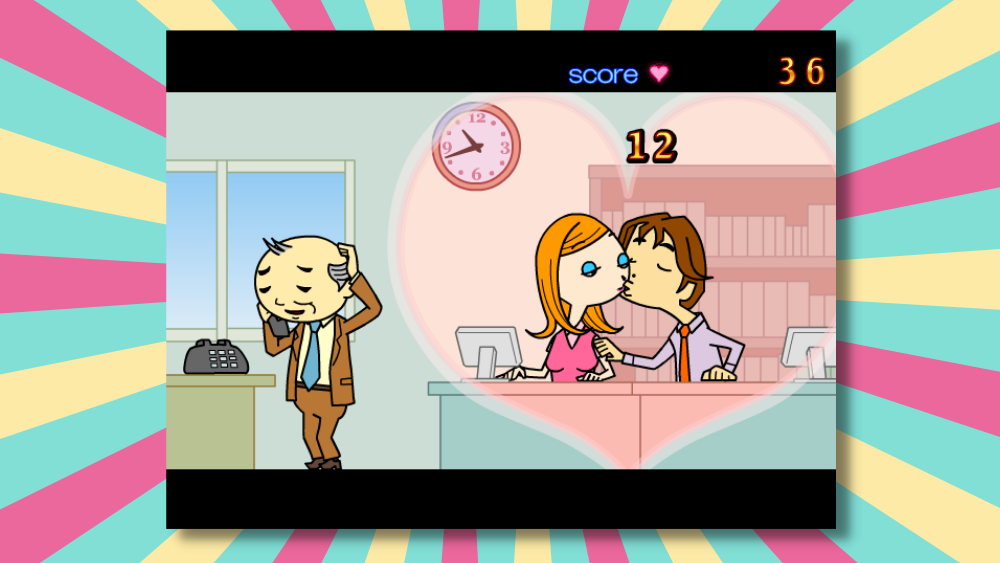 This Office Lover Kiss game is totally classic! The game’s objective is to help the lovers keep their romantic relationship a secret and not get caught by their boss during their lovey-dovey smooch moment. But, of course, we support them anyway, and that’s hilarious! The Office Lover Kiss game was added to Y8 in Oct 2007, and it now reached more than 20 million plays. Play it here. 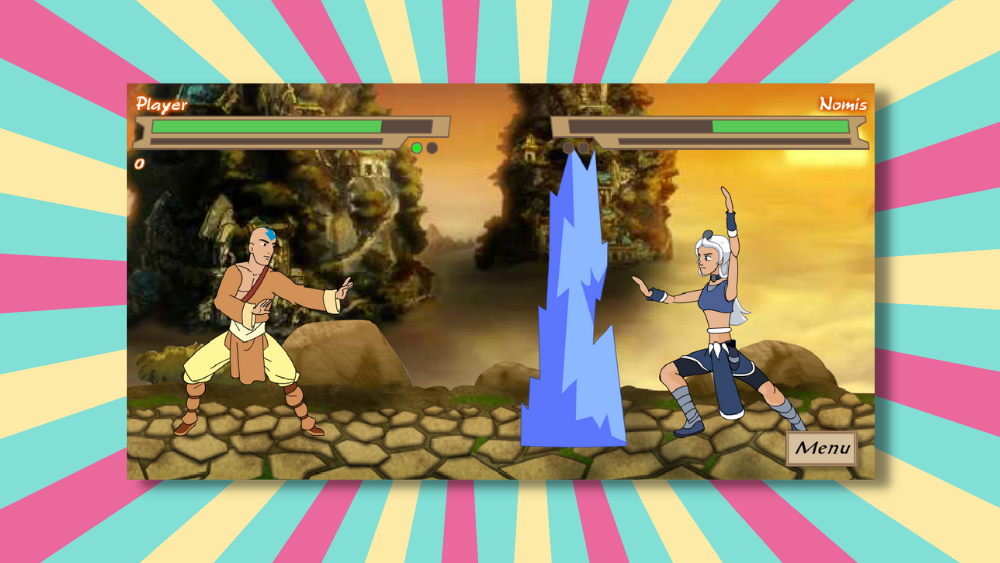 The Avatar Arena is a 2D action fighting game based on the lore of the cartoon TV series Avatar: The Last Air Bender. In the game, you will choose a nation to fight for, create your own bender, and defeat 20 benders in the ultimate worldwide tournament. It was added on Y8 in May 2007 with over 26 million plays. So get ready to fight again here. 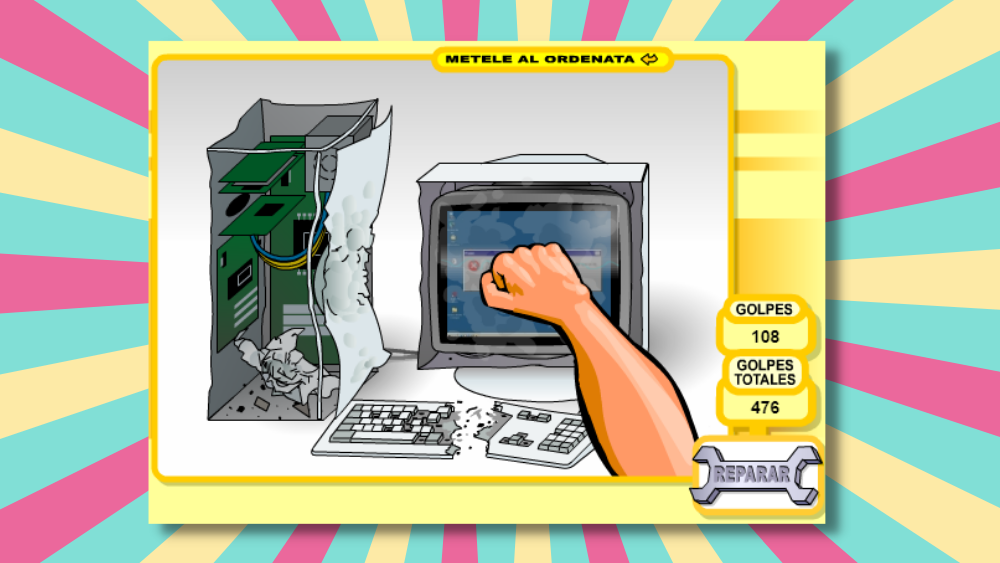 The PC Breakdown is a bit funny flash game that gives you a moment to take revenge with your computer for all the frustration you have felt when it suddenly fails when you’re doing an important task! This is a great stress reliever! Indeed, we know you would definitely not do this to your own PC. PC Breakdown made its way to Y8 in April 2007, and it has been played over 20 million times. You can still play it here.

There you have it, a recap of iconic Y8 games we used to play and enjoy! However, the list goes on as there are tons of great games out there! So, do you guys still find these games fun? And, if we ever missed your favorite game, let us know in the comments!

i love this game

I remember there was a “creepy” one but I cannot think of it at all 😭 you can choose a way to go and you have to complete missions line guess the color patter etc . Please help 😭

OMG THATS WHAT IM LOOKING FOR