Let’s Confuse the Kids: Coolest Game Devices of the 90s

Nowadays, we can play games straight from our devices. We don’t have to bother connecting cables and worry about buying game cartridges or CDs. And most definitely, kids today won’t know the hassle of blowing into Nintendo cartridges. So today, let’s take a trip down memory lane and check out some of the coolest game devices of the 90s! 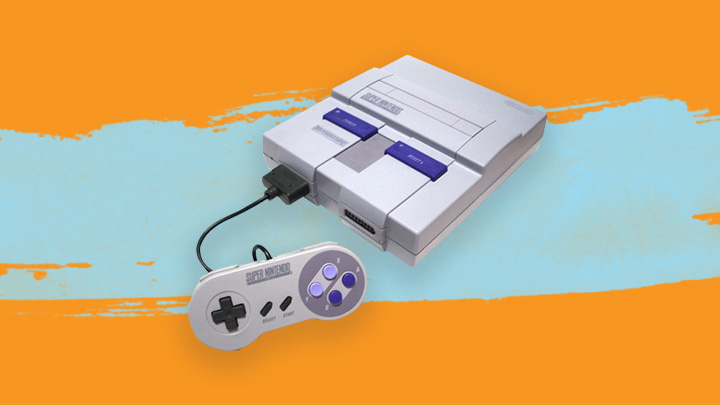 Super Nintendo or also known as Super NES is a 16-bit home video game console developed by Nintendo in 1990 and was first released in Japan and South Korea. It is the redesigned version of Super Famicon. All of NES consoles mostly come in gray with slightly different shades. All versions sport a top-loading slot for game cartridges, and the shape of the slot differs between regions.

During its launch in Japan, only two games were initially available, and those were Super Mario World and F-Zero, but the third Game, Bombuzal, was later released during the launch week. 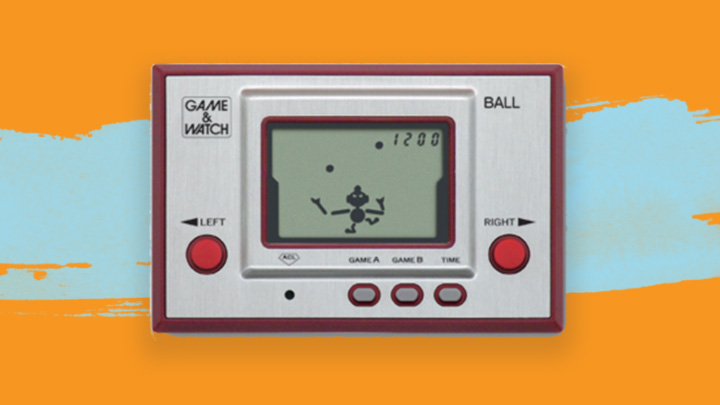 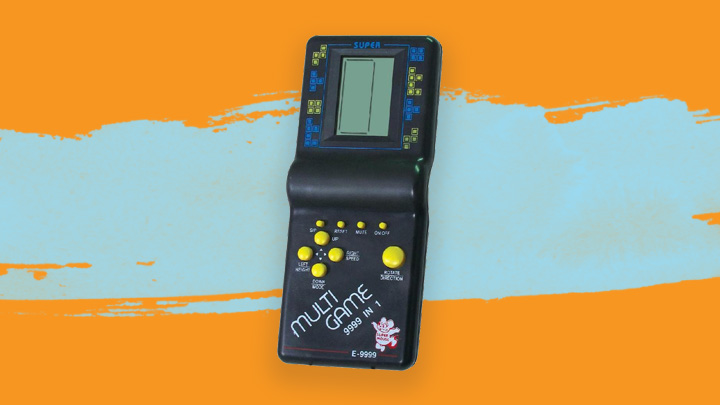 Brick Game is a traditional LCD electronic handheld game that was first introduced in China and gained popularity in the early 1990s. It displays games in a 10 x 20 grid screen, the same grid size used in Tetris. It uses two AA batteries and comes in many different sizes and shapes. It has been an alternative to Nintendo’s Game Boy since this one is more affordable and readily available in the market at the time. 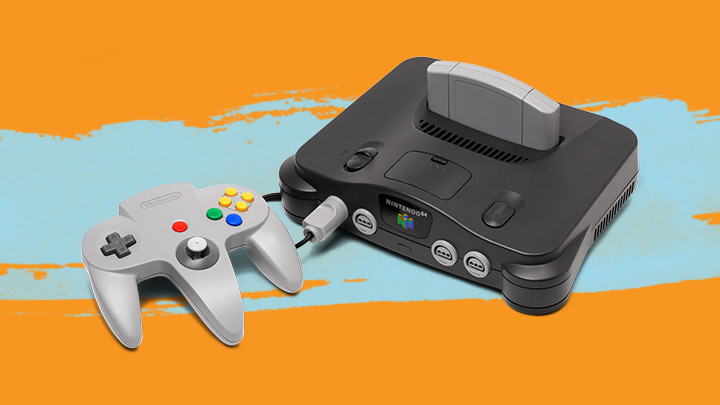 Nintendo 64 or N64 is a home video game console developed by Nintendo. It was first released in June 1996 in Japan, September 1996 in North America, and March 1997 in Europe and Australia. The N64 is Nintendo’s first gaming consoles to sport four controller ports that can handle a four-player split-screen without significant slowdown.

Its games are ROM cartridge-based that varies from 4 to 64MB. There’s a total of 388 games released for this console, although there were some titles that were exclusive to Japan. Some famous games for this console include Super Mario 64, which is the first in the Super Mario series to feature a 3D gameplay, and GoldenEye 007, which paved the way for the evolution of the first-person shooter. 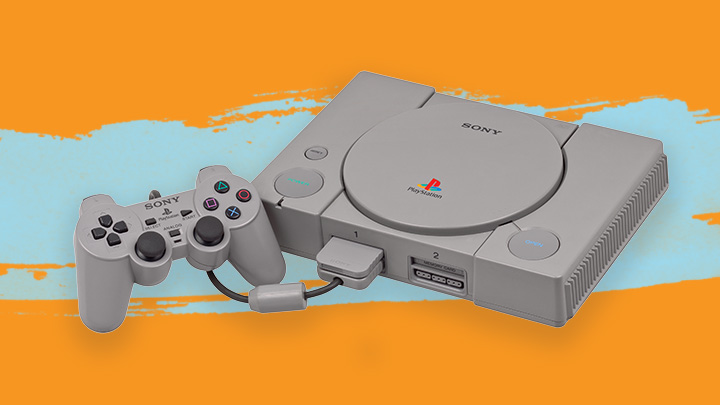 Sony’s original PlayStation was launched on December 3, 1994, and it has sold 100,000 units on the first day, and then two million units after six months on the market.

Fun Fact: Play Station was supposed to be a partnership work between Nintendo and Sony. In 1988, Nintendo approached Sony to develop a CD-ROM add-on for the Super Nintendo, and tentatively titled it as “Play Station” or “SNES-CD.” Contracts were signed. Fast forward to 1991, the product Play Station was supposed to have its debut at the Consumer’s Electronics Show (CES). However, Nintendo’s president at the time, Hiroshi Yamauchi, reevaluated the contract that was signed in 1988 and realized that the whole deal gave Sony complete power over all titles written on the SNES CD-ROM format and he was not okay with it. So on the day of the CES, Nintendo chairman Howard Lincoln announced that they are leaving all previous projects that they collaborated with Sony and was now allied with Philipps.

Despite that, Sony PlayStation paved the way for the video game industry in 1994 as Nintendo and Sega were dominant in the early 1990s. It also played an essential role in transitioning the industry away from 2D graphics to real-time 3D rendering. Its usage of compact disc format allowed it to produce a high-fidelity full-motion video. Apart from that, games are saved with the use of memory cards, which was only 128K in size.

Some famous games for the PS1 include Resident Evil Series, Tekken series, Final Fantasy VII/VIII/IX, Bandicoot, and many more. 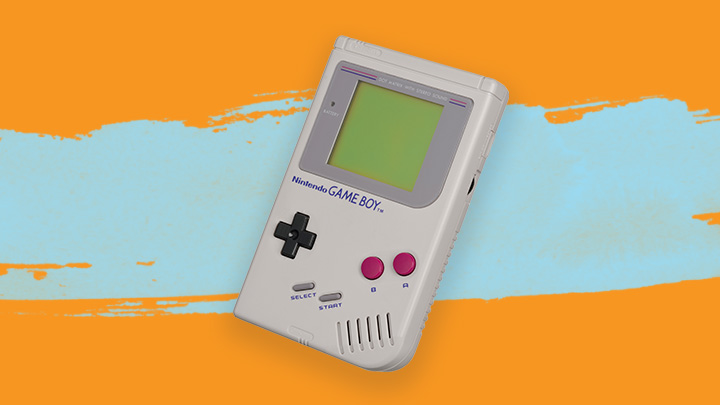 Game Boy or also known as “Tata Game Boy” in Southeast Asia, is an 8-bit handheld video game console developed by Nintendo. It was released in Japan on April 21, 1989, August 1989 in North America, and 1990 in Europe. It was created by the same guys who developed the Game & Watch series. At launch, you can either get a standalone unit or a bundled one with free games like Super Mario Land or Tetris.

The Game Boy has four main controls for playing games labeled “A,” “B,” “SELECT,” “START,” and a directional pad. It has a volume control dial on its right side and a similar knob to adjust the contrast on the left side. The sliding on/off switch and the cartridge slot can be found at the top. It is the first handheld game to use video game cartridges.

On July 21, 1996, Nintendo released the Game Boy Pocket, which is a smaller and lighter unit that only needs fewer batteries. The screen was changed to an actual black-and-white display, rather than the “pea soup” monochromatic display of the original Game Boy.

Then on April 14, 1996, Nintendo launched the Game Boy Light, which only became available in Japan. It is slightly bigger than the Game Boy Pocket and features an electroluminescent backlight for low-light conditions. It uses 2 AA batteries. 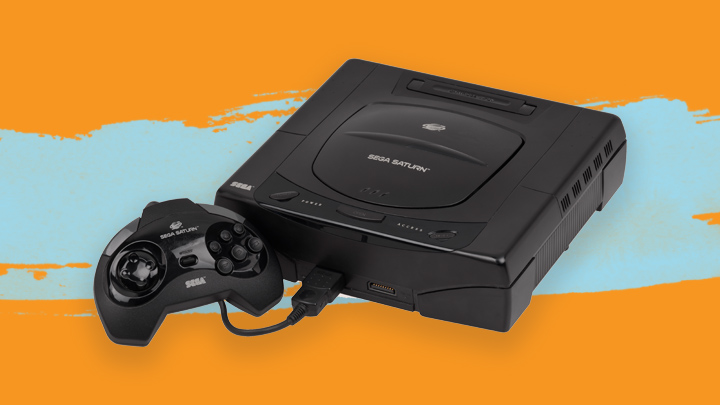 Sega Saturn is a 32-bit video game compact disc-based system developed by Sega in 1994. It was released on November 22, 1994, in Japan, May 11, 1995, in North America, and July 8, 1995, in Europe. It was a key player in what is now widely known as the fifth generation of video game consoles. At the time, two of the Sega Saturn’s competitors were Sony’s PlayStation (which was released a few weeks after) and the Nintendo 64.

The SS uses CD-ROMs for its games, and it also contains a cartridge slot for backup memory or RAM cartridges. Its hardware combined features from several Sega arcade systems, and it has a multi-processor system like those found in arcade machines. 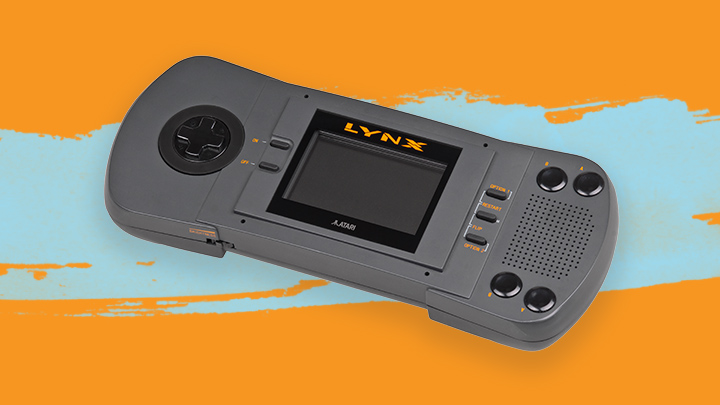 Atari Lynx is an 8/16bit handheld game console that was released by Atari Corporation in September 1989 in North America, and in 1990 in Europe and Japan. It is also the world’s first handheld game console to have a color LCD with a backlit display, a switchable right-handed/left-handed (upside down) configuration, and the ability to network with up to 15 other units via its Comlynx system. At the time, the Lynx’s competitors were the Game Boy (which was released two months earlier), as well as the Sega’s Game Gear and the NEC’s TurboExpress. 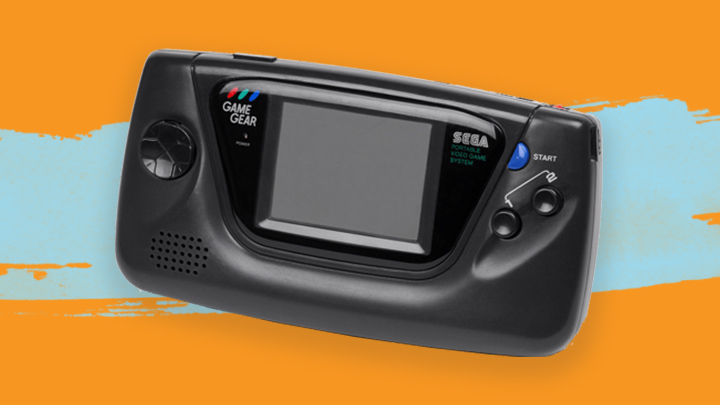 Game Gear is an 8-bit fourth-generation console developed by Sega on October 6, 1990, in Japan, in April 1991 throughout North America and Europe, and 1992 in Australia. At the time, it competed with Nintendo’s Game Boy, the Atari Lynx, and NEC’s TurboExpress. It has a screen size of 3.2-inches with a display resolution of 160 x 144px. It can display up to 32 colors at a time has a frame rate of 59.922751013551 HZ. The screen is backlit so that gamers can play in low-lighting situations. Powering it is a 6AA battery that can approximately last 3-5 hours. Its system contains 8KB RAM and an additional 16KB video RAM.

Some notable games for the Game Gear are Sonic the Hedgehog, The GG Shinobi, Space Harrier, and Land of Illusion Starring Mickey Mouse. 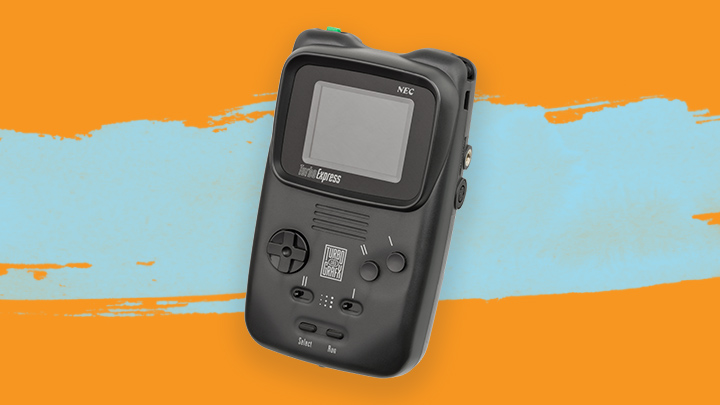 TurboExpress is a handheld video game console developed by NEC Home Electronics in late 1990 in Japan and the United States as the TurboExpress Handheld Entertainment System. At the time, the TurboExpress’s main competitors were Nintendo’s GameBoy, Sega’s Game Gear, and Atari’s Lynx. It sports a similar screen size as the original Game Boy and has 8KB RAM.

And there you have it. Do you own any of these, and which was your favorite? Share it with us in the comments below!