Riot Games just announced the VALORANT’s newest skin collection, dubbed as ChronoVoid—featuring a blend of futuristic design ethos and magic… or rather representing a ‘pinnacle of scientific innovation that’s now lost in time’. 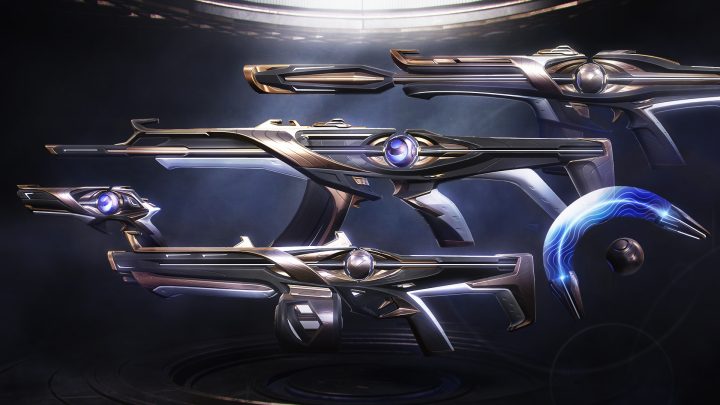 The skin collection comes in a bundle primarily featuring the four weapons:

The bundle also has the following inclusions:

The said four weapons come with different levels and variants that offers different design take, animations, and other design aspects.

“The goal was to create a sci-fi weapon with a unique experience… something that could be considered technologically advanced yet luxurious” said Art Lead Stefan Jevremovic. “Inspired by the story of Daedalus and the Minotaur’s Labyrinth, the idea was to convey a sense of mystery and power, and of holding a forbidden piece of treasure,” Jevremovic added.

See the ChronoVoid trailer below for a glimpse of these beautifully designed weapons.

Moreover, Producer Victoria Kim shared their design process in crafting the ChronoVoid skins, “Plenty of our previous guns had orb or circular designs at the center, so we asked ourselves, what more can we do? Looking at what we could do with animation and VFX, what we came out with was a moving visual piece that mesmerizes the eye but doesn’t distract.”

The ChronoVoid skin bundle belongs to XE tier pricing tagged at 8700 VP and will be available in-game on September 21.