AKG Games is busting out their new adorable 3D platformer puzzle game entitled Melbits World. If you enjoy intricate puzzles and adorable, customizable characters, this game is something to try out. Check out our initial thoughts below.

The player is greeted with bright, rounded graphics through its 3-dimensional world and characters. The design is simple as it uses basic geometrical shapes as the fundamental structure for its adorable creatures. However, this also applies to the world stages as well, where small accessories such as basketballs, bowling pins, and soccer balls are scattered throughout the stage. My favorite element that I can’t necessarily explain is the clouds. Clouds are usually rounded, but the clouds in this game are cubed, which is oddly charming.

Each character produces its own unique sounds and is heard when they spawn, hurdled upward in the sky, smooshed, and teleported. When talking about the music, it’s bouncy and mellow. Normally, cute games have high pitch sounds that mimic the small characters displayed. However, this doesn’t exactly apply to Melbits World. Its refreshing take of smooth and scenic vibe in music really gives this game its own personality.

This game reels players in with its simple mechanics in its early levels. The player’s objective is to gather at least 2 Melbits across the puzzle-riddled stage for the level to be accomplished. The puzzles consist of platforms, springs, bridges, power-ups, and more. A certain amount of melbits is required to unlock the next level. Melbit’s World requires planning, timing, and an understanding of depth to collect all the melbits on the stage.

The options of cosmetics are available in this game for each of the characters, some of which have to be paid to unlock the cosmetic item—bee Loio is just so cute. 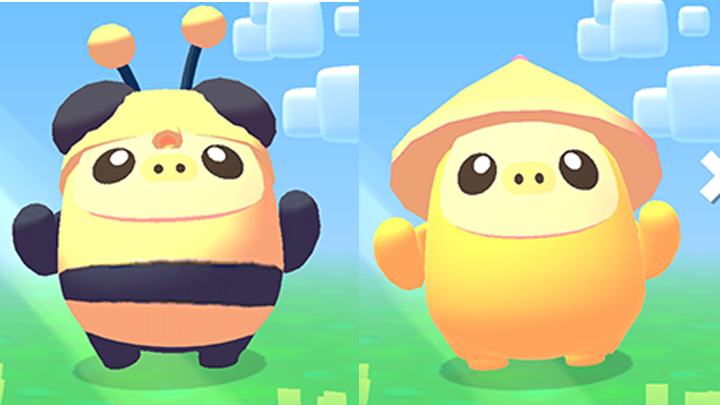 Overall, the time spent playing this game wasn’t expected. I found myself replaying the stage or immediately restarting it as soon as I make a mistake. I was pleasantly surprised with the music every time the game boots up. Melbits World reminded me of LittleBigPlanet due to its close similarity in how the platforms were constructed—with Meltbits World being a bit more 3 dimensional while Little Big planet being 2 dimensional.

Melbits World is available to download on Android and iOS.