Here at Gamescom 2018, NVIDIA has certainly made the biggest headlines with the announcement of their latest graphics cards. The new GeForce RTX cards based on the Turing architecture have a huge part in advancing to what NVIDIA thinks, is the future of gaming.

The RTX 2070, 2080, and 2080 Ti all have Tensor cores that bring deep learning and neural network capabilities. RT (ray-tracing) cores, on the other hand, enable real-time ray tracing, which has been a pipe dream in the graphics industry for years now. So, what exactly is ray-tracing? Well, we will be explaining the whole shebang in another article. 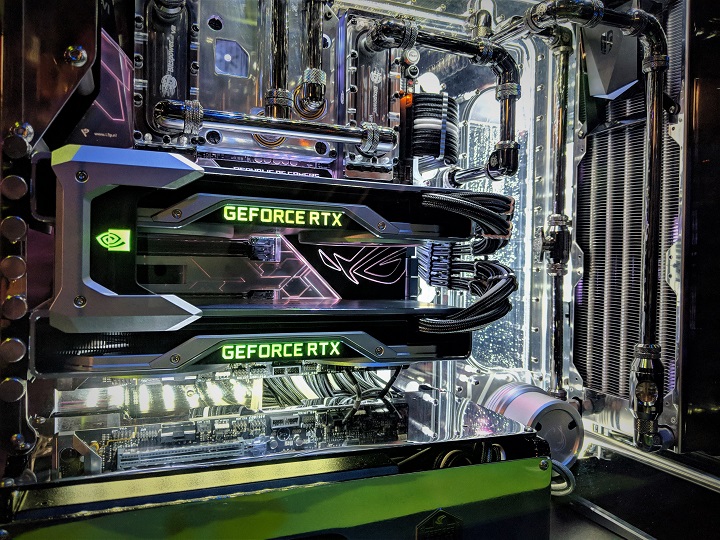 But in essence, it creates a more dynamic and photorealistic environment in games. This is achieved by allowing the light source to refract throughout the scene. The result of this is high-quality reflections and shadows in places they should be in. Objects look like they actually belong in the scene and look less like they’re just floating there. Now, all of this is very taxing on a GPU, which is why NVIDIA needed to come up with these RTX cards in the first place. They are tailor-made for this sort of graphics computing.

So far, there are only 11 games that support real-time ray tracing, but of course, there will be more to come:

I got to see some of these titles in action here at NVIDIA’s press day, RTX real-time ray tracing and all, and let me tell you; once you see it in action? You can’t unsee it. The light and textures all refracting throughout the scene really do result in amazing reflections and shadows. This was especially apparent in Battlefield V and Shadow of the Tomb Raider, two upcoming games whose demos I was able to play here at Gamescom.

In Battlefield, the effect was incredible, as the light from muzzle flashes, fire and explosions bounced on every surface. Little puddles on the ground showed accurate, high-quality reflections of the buildings above. Sorry, snipers. A game called “Shadow of the Tomb Raider” would be underwhelming if the shadows weren’t realistic. Thankfully, they were. The real-time ray tracing worked amazingly in both games, however, at 1080p, SOTTR was unable to hit a 60fps despite the demo machine running an RTX 2080.

You can check out some of the other ray tracing demos that NVIDIA has put out, here:

As previously stated, we will also be publishing an article that explains in detail what ray tracing is, how it works, and how the GeForce RTX cards make it all possible. Also, be sure to stay tuned for the rest of our coverage from Gamescom 2018.