Obduction and Offworld Trading Company are this week’s free games at the Epic Games Store. 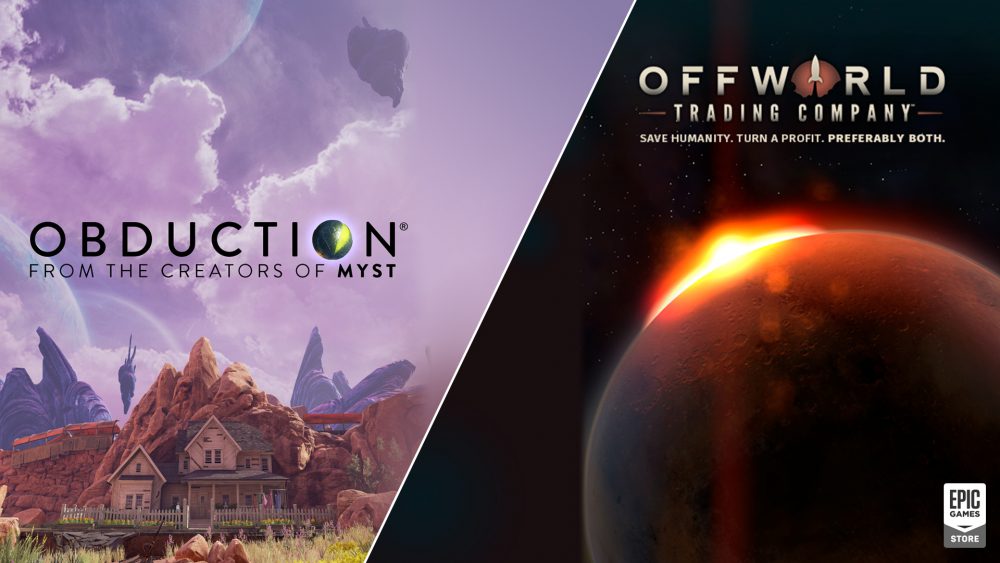 Obduction is an adventure video game developed by Cyan Worlds. Obduction is dubbed as a spiritual successor to Cyan’s previous adventure games, Myst and Riven. In this game, the player finds their character transported to strange alien worlds with human elements within the settings. It isa puzzle-solving game in which you play the game as yourself instead of taking on the role of an established character. Watch the trailer below.

On the flip side, Offworld Trading Company is a real-time strategy video game developed by Mohawk Games and published by Stardock. The game features economic warfare ranging from hostile takeovers to sabotage. It puts the player in charge of one of four titular off-world trading companies. The players’ option of faction comes after they have their first look at the map, enabling them to tailor their choices to the situation. Regardless of their choice, players land their HQ and construct resource extractors on the neighboring hexes. Check out the trailer below.

Originally priced at over PHP 500, both Obduction and Offworld Trading Company are now free until July 22, at 11 PM, at the Epic Games Store. To claim and download the game, simply log on to your account and click on the ‘Get’ button.