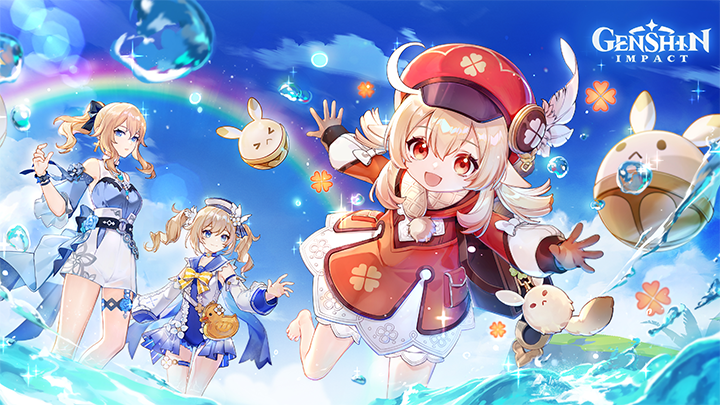 According to miHoYo, the upcoming update will feature a new storyline around Klee as she receives a mysterious letter from a “Dodo-King” threatening to take Dodoco away from her. As a result, the Traveler will be placed in a series of fights and challenges to aid Klee; doing so will result in a fight with Maguu Kenki—a new opponent that uses Anemo and Cryo.

Additionally, miHoYo will include two summer-themed outfits, the “Sea Breeze Dandelion” and “Summertime Sparkle,” for Jean and Barbara that can be purchased at the in-game shop with a limited-time discount. Barbara’s outfit will be free to claim by completing certain requirements in the Echoing Tales event.

Along with the new opponent and new outfits, miHoYo introduces its new character from Inazuma, Kaedehara Kazuha. Wielding the power of Anemo and a sword, this new five-star character provides area control and buffs to the team. Kazuha will be featured in the new Archon Quests, wandering along Beidou and her Crux Fleet. Check out its trailer below.

Finally, an improvement to the current gameplay of the Serenitea Pot will be included. It allows players to invite characters they own to reside in their realm, gradually accumulating Character Companionship Experience over time. The rate of increase will be affected by the Adeptal Energy Rank.