In the lawsuit filed, Tencent, the parent company of Riot Games, claimed that Moonton’s game “Mobile Legends: Bang Bang” has been “blatant copying” extensively from their own game “League of Legends: Wild Rift”. Infringing copyright material and several aspects and elements of it game and marketing materials.

This is not the first time that Riot Games has gone to court over copyright infringement. With the company suing Moonton back in 2017 for copying League of Legends. The case was later dismissed by the Central District Court of California as it was determined to be better held in China under its jurisdiction. Later on, Tencent stepped in and sued Moonton’s CEO over violations of a non-compete agreement and with Tencent receiving USD 2.9 million in settlement back in 2018.

The latest lawsuit sees Riot accusing Moonton of its “… deliberate and sustained campaign to free ride on Riot’s highly valuable rights in the mobile video game League of Legends: Wild Rift (“Wild Rift”) and related content.”. Riot has stated that much was copied from its game such as the game’s promotional materials, trailers, and the video game itself with character designs, skills, and accessories all being similar.

It was also mentioned that Riot had notified Google over the original “Mobile Legends” (Mobile Legends: 5v5 MOBA) which was subsequently removed from the Google Play Store. However, it was noted that soon after, Moonton released “Mobile Legends: Bang Bang”, which had also infringed League of Legends. 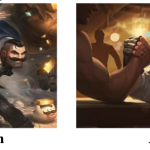 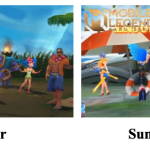 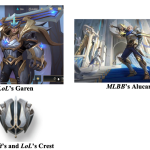 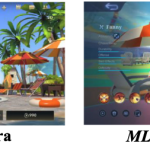 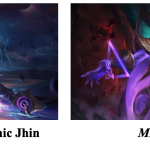 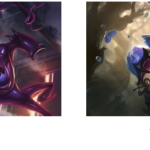 Riot states that it is seeking an injunction and recovery from Moonton for the financial damages, fees, costs it sustains, and as well any gains, profits, and advantages obtained by Moonton in the United States as a result of its acts of infringement. If you wish to read more on the lawsuit and the highly specific details on what Riot accuses Moonton of infringing, then you may visit this link to know more.

What do you think of this lawsuit filed by Riot Games? Sound off in the comments below!

Been wondering as to when this bootleg of a copy (Mobile legends) be shut down. We can’t deny the obvious; from the Heroes, Skins, gameplay and cinematic to it’s map… It is as though moonton doesn’t have a creative team to produce an authentic gameplay. so in a nutshell, the game and the company(moonton) sucks ass

Mobile Legends seems jealous for League of Legends development. What can you expect to a ugly and copycat game. No offense but Mobile legends is truly a garbage game.

🤣🤣🤣🤣 hahhaha yeah it’s is,the mobile legends really got copy most of league of legends style,no one cannot deny the obvious 🤣✌️ oh if you ask why i question the game. its easy i play both games. and whenever there is new updates of League of Legends, mobile legends also got almost same idea as what LOL Doing. so its actually not very new to me..,😁

Hey! Mobile Legends Bang! Bang! were years EARLIER than your Legend League! In my whole view, they are the one COPYING the ORIGINAL!

Even if Mobile Legends copy your game or not that’s not the problem, make your game better, before I’m playing LOL but once I played ML I switched not more than a month because their overall gameplay if better. Don’t cry like a baby and give more freebies and updates of the game more often.