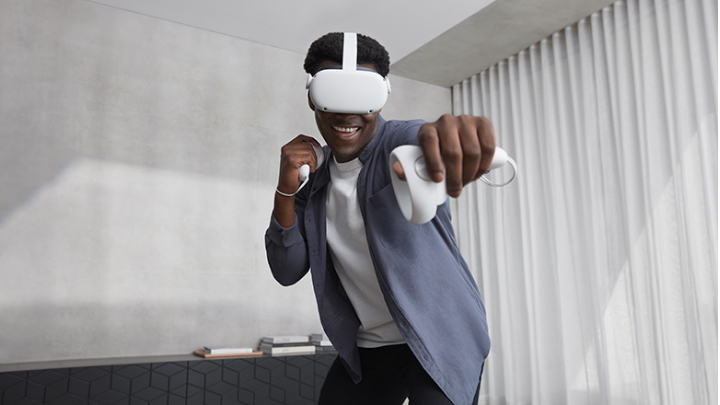 Coming in with a redesigned body and touch controllers, Oculus Quest 2 is built on the Qualcomm Snapdragon XR2 Platform. It is paired with a 6GB of RAM, up to 256GB of storage, and a new 90Hz display with 1832 x 1920 resolution. It has optimized controller tracking, added support with Oculus Link and a new line of accessories,  and a built-in IPD adjustment mechanism in three modes for visual comfort. It can be used as a standalone headset and is 10% lighter from its predecessor.

Among the upcoming games for the Oculus quest 2 includes Star Wars: Tales from the Galaxy’s Edge, Myst, Jurassic World Aftermath, Warhammer 40,000 Battle Sister, Pistol Whip: 2089, The Climb 2, and Rez Infinite, among others. Oculus also shared that it will debut a unified system for the UI of the Quest series, allowing users to play PC and Quest games in one platform.

The brand will focus more on the production of the standalone VRs and will end the sale of Rift S in 2021 as well as the previous Quest VR headset. However, it will continue to support the latter and will bring new features soon.

The price for the Oculus Quest 2 starts at USD 299. It is now available for pre-order on this link, with actual shipment scheduled on October 13, 2020.

they ship to PH?