miHoYo has officially announced that Honkai Impact 3rd is crossing over with its open-world action RPG Genshin Impact, accompanied by a Behind-the-Scene video to provide additional backstory. 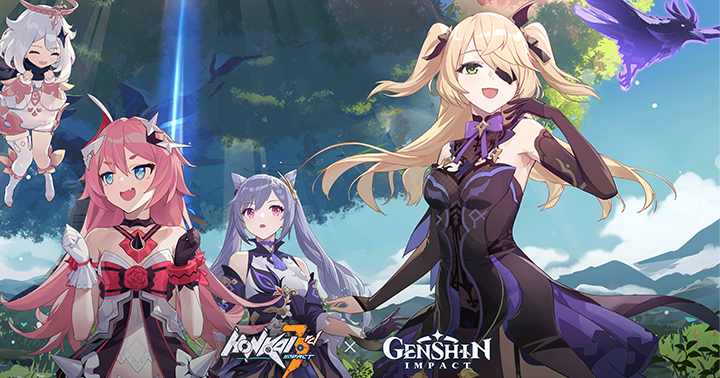 Honkai Impact 3rd is set in a modern world corrupted by the mysterious energy known as Honkai. Where a group of girls called Valkyries, who hold anti-Honkai genome, fight for what’s left in the world. Since late 2019, Honkai Impact 3rd has been made playable on PC with cross-platform play support.

Genshin Impact, an open-world action-adventure game, was globally released to multiple platforms on September 28, 2020, where players take control of the Traveller in search of their sibling. During the adventure, players will come across a plethora of colorful characters, defeat enemies, and delve deeper into the mysteries of Genshin.

In the behind-the-scenes video released concurrently, the teams working on Honkai Impact 3rd and Genshin Impact sheds light on their backstory, the challenges during productions, and the final production. In the video, the Genshin Impact team expresses their hope of promoting miHoYo’s quality content with this crossover. The Honkai Impact 3rd team shares the toughest issue they faced when keeping Fischl’s identity while adapting her combat style. Check out the video below.

To elaborate, Fischl will be the first real archer in Honkai Impact 3rd. Unlike how she functions in Genshin Impact, her gameplay in Honkai Impact 3rd is built around weak spot aiming, which allows players to constantly damage and hit feedback by aiming for the weak spots of enemies before firing. In addition, the team also updated the models, animations, and special effects of Oz to give Fischl a bigger presence and unique charm.

Keqing from Genshin Impact will also appear in the crossover story as the guide. She will be a special guest character that can be fully controlled in specific story battles on top of support players. The crossover outfit for Theresa will be obtainable in-game.