miHoYo has announced that its Version 2.2 update for Genshin Impact, entitled “Into the Perilous Labyrinth of Fog,” will be arriving on October 13, 2021. The new update will introduce the last of the six major islands of Inazuma, a new playable character, and a series of new challenges and mini-games that gives players rewards. For those who have not claimed “Savior From Another World,” Aloy will be able to receive the character for free. Check out the trailer below.

Tsurumi Island, the last major island of Inazuma, will be open to Travelers on Version 2.2. The island is shrouded in a dense fog with enemies such as the stealthy Rifthounds and Rifthound Whelps. These enemies apply the effect of “Corrosion” that makes characters continuously lose HP regardless if they are shielded or not. Additionally, the “Shadow of the Ancients” event will have players accomplish investigation commissions across Mondstadt, Liyue, and Inazuma to defeat an “Anomalous Model Ruin Grader.” 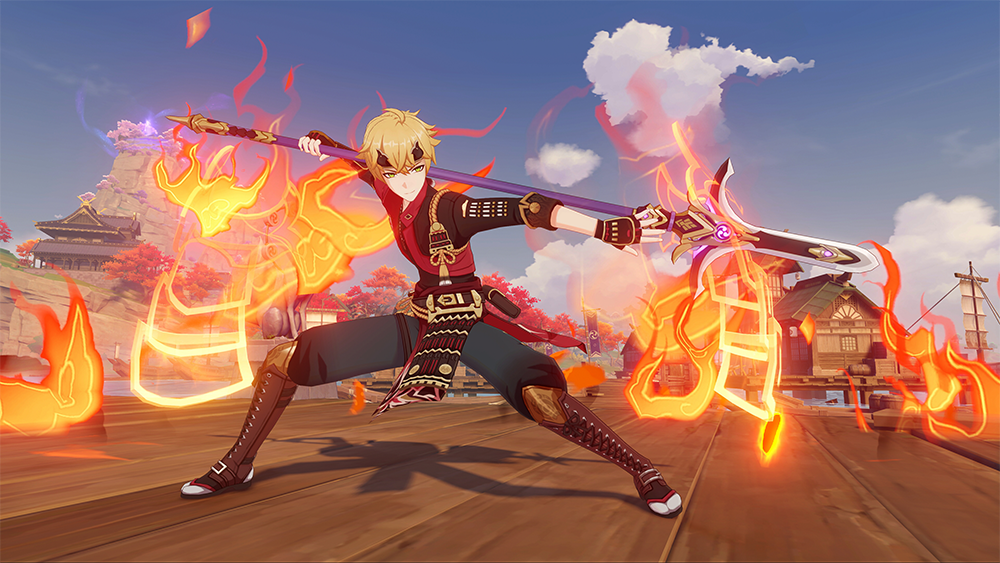 For characters, Version 2.2 will be including Thoma, the popular fixer, as a four-star playable character. Thoma is a Pyro character that wields a polearm as his choice of weapon. Players can recruit him in the second Event Wish featuring Thoma and Hu Tao after Childe’s return in the first Event Wish. Hangout Events for Thoma and Sayu will also be available with the upcoming update. Furthermore, a brand-new series of seasonal events will be included. For example, the “Labyrinth Warriors” event will have players venture into a mystic domain in Inazuma with “Childe” Tartaglia and Xinyan. Players will also be accompanied by a paper figure named “Shiki Taishou,” who can provide exceptional help and buffs. Another event includes “Tuned to the World’s Sounds,” which allows players to enjoy the rhythm game and play different styles of music with Ningguang, Zhongli, Keqing, Xiao, Sangonomiya Kokomi, Kamisato Ayaka, and the Raiden Shogun.

Genshin Impact’s “Into the Perilous Labyrinth of Fog” update will arrive on October 13, 2021. The game is available for download on PS4 and PS5 from the PlayStation Store, on Android from Google Play, on iOS from the App Store, and on PC from Epic Games Store or the Genshin Impact official website.