Smartphones have been a part of our lives for years. And as mobile technology improved, so did the applications we use, especially games. So for this guide, I’ll be listing down ten of the most iconic mobile games of the decade that in some way, influenced the concepts and mechanics of newer games as well as convinced a lot of us to become mobile gamers. Check them out below. 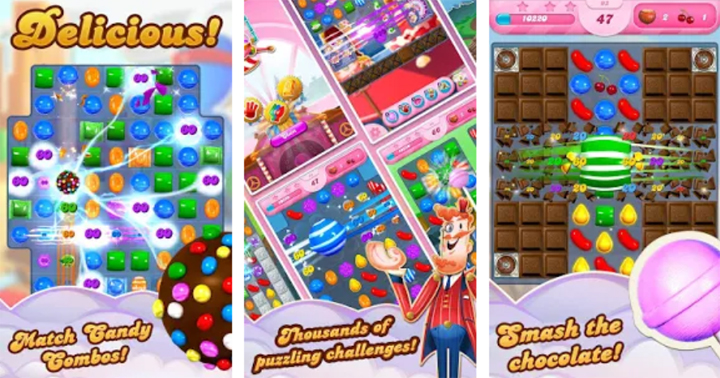 Getting the first introduction is Candy Crush Saga. This mix-and-match game took the world by storm especially here in the Philippines. The gameplay is simple; you have to mix three or more identical candies to reach your goal. It also comes with different game types so you won’t be bored playing this. Almost everyone I know with a smartphone is familiar with the game. Heck, even my mom got hooked. Mobile Legends (ML) is arguably the most popular Mobile Online Battle Arena (MOBA) game for mobile devices. It’s not a trailblazer, as Vainglory was the first MOBA game successfully implemented in smartphones. However, the League of Legends x Defense of the Ancients (DotA) x Heroes of Newerth ripoff has drawn more attention and popularity due to the game having more familiar game mechanics and play style especially to those who had played DotA since in 2005. 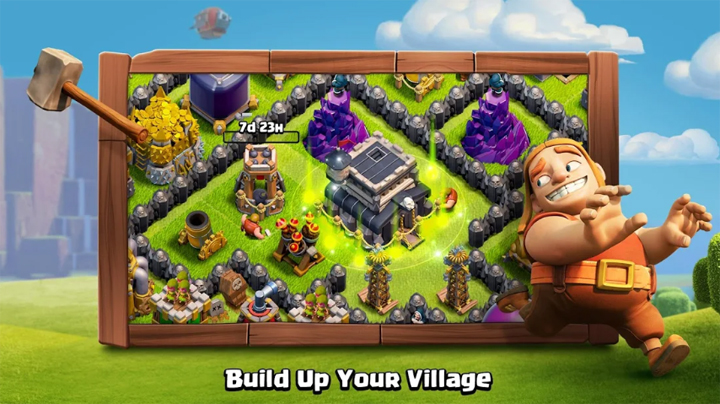 If you are fond of playing Civilization games in PC then surely you must have played Clash of Clans. What’s good about this game is that it can run on entry-level devices with ease. It’s also a Filipino favorite since it doesn’t require your whole attention, unlike MOBA games. Upgrading buildings and training units take days to complete so it requires some patience as well.

Back when I was in college, I remember borrowing an iOS device from my friend to play Temple Run and beat her high score. To me, this game pioneered the non-stop running games that we see in the Apple store or Google Play today. The combination of swiping and tilting the smartphone gives the player a feeling of excitement and rush while aiming for the top score. This game will always be a part of every smartphone user’s hearts. None of the items on this list would even be here without the app that sparked an entire mobile game revolution, Angry Birds. Since its initial release on the iOS App Store back in 2009, the physics-based avian-themed game has taken the world by storm. From all sorts of merchandise to a theme park, to a feature film, it’s got to be up there in terms of fanfare. That’s not all Angry Birds is about, though. It has lore, good level design, and overall fun gameplay. First seen in the PC platform, Plants vs. Zombies is one of the most memorable tower defense games that you must have played at least once when you were younger. It features various plants as your main characters which will fight hordes of zombies that will try to eat your BRAINZZZ in your own home (You don’t want zombies on your lawn, right?). Not only that the game is available in Android and iOS, but there are also PvZ inspired arcade machines that you can play in places such as Timezone, Quantum, and the likes. You can imagine its popularity and demand when Electronic Arts made Plants vs. Zombies 2 which is exclusively available in mobile devices. 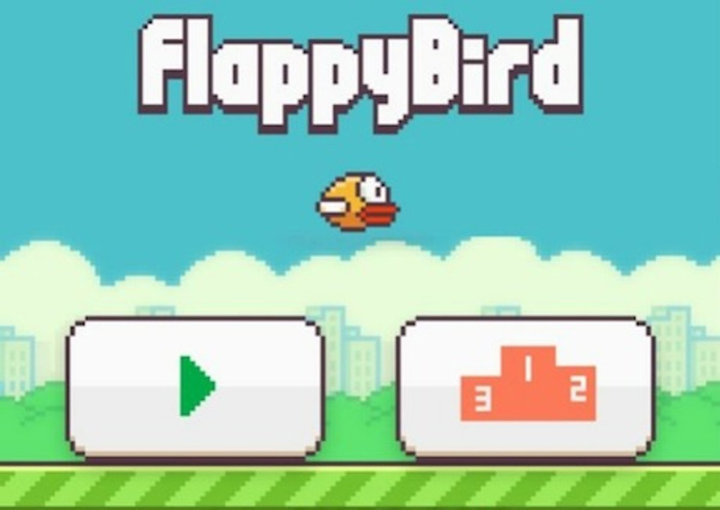 The game was developed by Dong Nguyen from dotGears and gained popularity due to its frustrating yet addicting gameplay. Players spent hours trying to beat records and have become notriously frustrating and addicting that Nguyen himself eventually pulled it out from the App Store and Play Store. Even though the original game is now gone, a lot of people took that advantage to build their spinoff of the game. You can also play Flappy Bird in arcade gaming places here in the Philippines. I remember back when I was in high school where my classmates and I are just sitting down and slicing fruits in their iOS devices. This iconic game will hit your nostalgia feels since this one comes with a unique and one-of-a-kind gameplay back then. As a player, you must slice the fruits flying in your screens before it lands on the ground. Added to the twist in the mechanics is the inclusion of bombs mixed in the flying fruits, so you need to be careful about what you’re slicing. The game didn’t stop in smartphones as arcade gaming places like Timezone have a dedicated touch screen monitor just for Fruit Ninja. 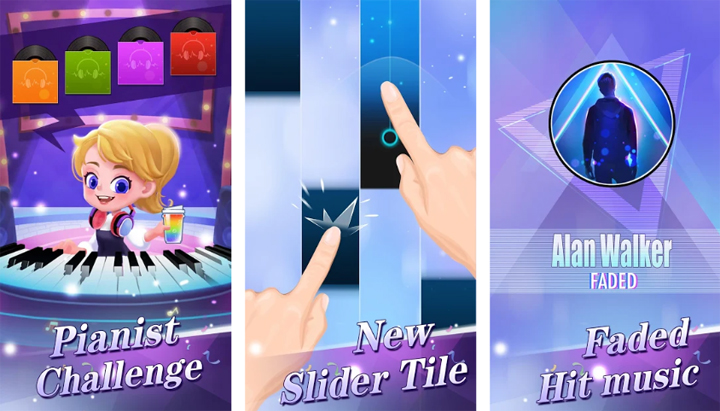 One of my favorite game genres is rhythm thanks to O2Jam and Audition in PC. This genre requires you to use your reflexes and hand-eye coordination skills to succeed. One mobile game that introduces players to this genre is the Piano Tiles. With only four piano keys, you’ll have to be accurate on which key you should press. This game also made its way to the arcade places, but it is called Piano Blocks. Every time I go to the mall, I always find and play this game since it reminds me of Piano Tiles. Not to brag but I once got the highest score in that game for that specific Timezone place.

See also  Best games to play with your loved ones

Note: Piano Tiles or Don’t Tap the White Tiles is removed from the Play Store but Piano Tiles 2 still exists. 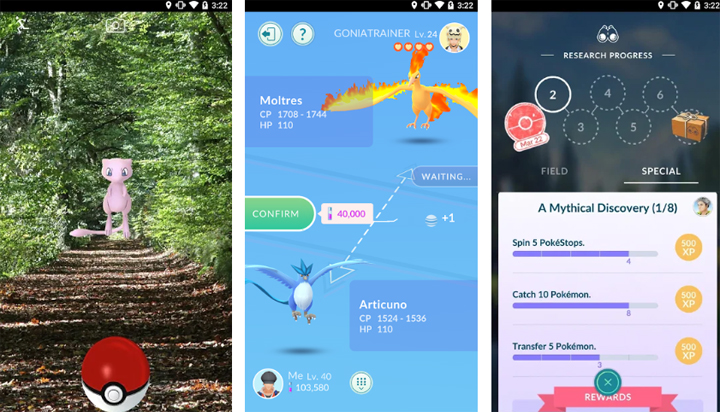 If there’s one game that encourages you to play outdoors, then it’s Pokemon Go. Given that the Pokemon franchise is already a worldwide phenomenon, every fan’s dream is to be able to catch pokemon through the use of smartphones. It popularized the implementation of Augmented Reality (AR) in mobile games which is quite the innovation until today. Users will be required to step outside their homes and travel to catch pokemon while they can also go to poke stops to replenish their Pokeballs. The game became a huge hit immediately when it first launched in the Philippines. You will see a lot of people hanging out especially in malls and parks as they wait in their respective gyms and battle with other players.

And that’s it for part 1 of the top 10 mobile games of the decade. Were not yet over as there will be a part 2 of this guide! What do you guys think? Let us know your thoughts in the comments section below.

Asphalt 8 with more than 100 million downloads. Yes asphalt 9 is already available but there are still who prefer a8 over a9 like me. I tried to convince myself a9 is better because it’s new and latest but i can’t trade a8’s gameplay, i can only see a graphic advantage on a9 though they’re both fun in their own ways that’s why i have both on my phone but like i said, it’s my preference and it might differ on the others.