Last August, Bandai Namco initially revealed the first three out of six characters for the Season 2 Pass of Tekken 7 with Anna Williams and Lei Wulong already playable in the game. The remaining three were announced during the Tekken World Tour Finals that happened this month. 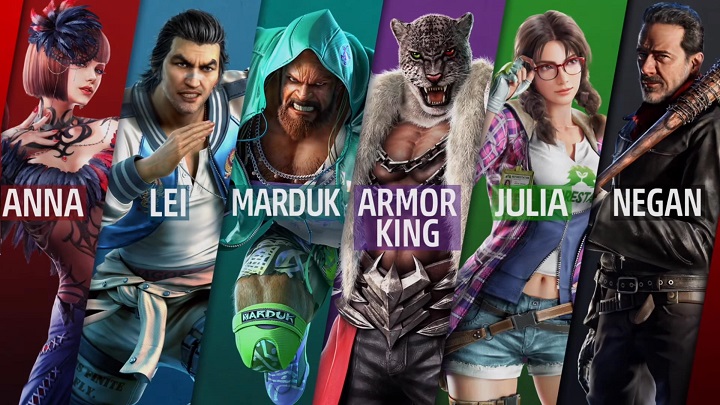 The first character revealed was Craig Marduk followed by Armor King who are both wrestlers similar to the original Tekken character, King.

The third character revealed, Julia Cheng, was shown at the end of Armor King’s demo video but hasn’t shown her move sets yet.

Negan of the Walking Dead series has also been given a full demo teaser with the character using his bat as the main weapon.

Marduk and Armor King will be available as DLC characters today or tomorrow while Julia and Negan do not have launch dates yet.