Post-Apocalyptic Games to Play While You’re Stuck at Home

As we are taking preventive measures to stop the spread of the epidemic by staying at home, we’re aware that this has become a silver lining for many gamers out there.

So much so, that even gaming distribution services like Steam have reached record-breaking numbers, hitting over 22 million concurrent players online as of April 2, 2020. Based on the statistics, online shooters and MMORPG games have been gaining an increasing amount of attention; namely titles like CS:GO,  DotA 2 and Rainbow Six Siege to name a few. 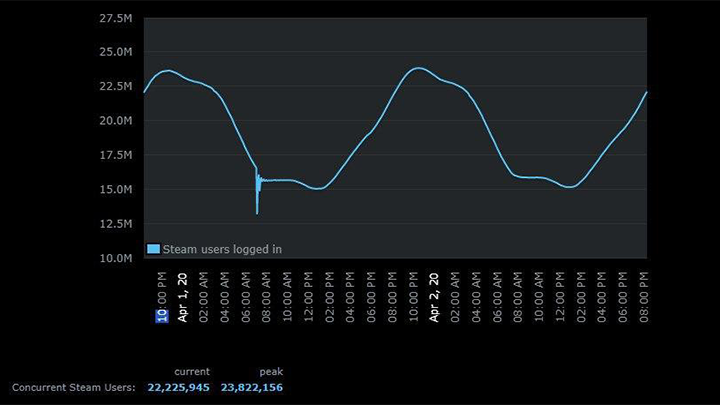 But at a time like this, you might want to take a look at some games that might just be a glimpse into the future (hopefully not), especially for those who are into immersive experiences. So without further delay, here are some post-apocalyptic games you can check out while you’re stuck at home. 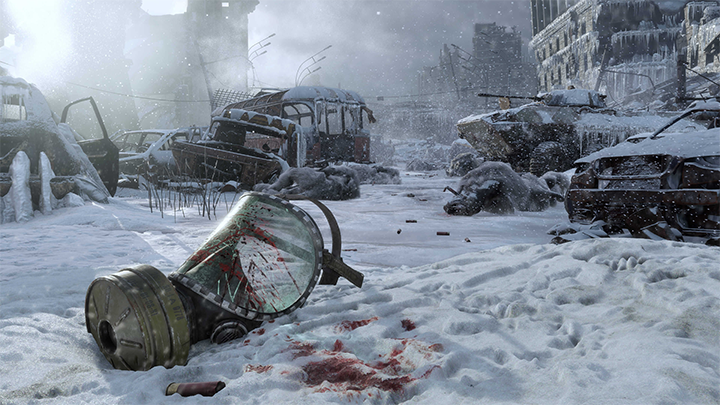 Set in the Russian underground, the series, which was based on novels under Dmitry Glukhovsky, has some of the best post-apocalyptic horror gameplays out there. It has an eerie, melancholic atmosphere to it and boasts exceptional attention to detail. This first-person shooter, much like the Fallout series, follows a post-nuclear war, where the remaining survivors are forced to live in underground Metro tunnels, while mutant monsters roam around different areas of the fallen world.

The first installment of the game, Metro 2033, introduces the protagonist Artyom, a simple ranger seeking out a life beyond the Metro, something many of his peers don’t even believe exists anymore. The game has one of the best storylines in the entire series which continues with their sequel, Metro: Last Light set in 2034, a year after the events of 2033. And with the two-part remake of both games, Metro Redux, gameplay gets even more immersive with incredible lighting, physics and dynamic weather effects.

While all the Metro games are mostly set underground, Metro Exodus, the most recent game from the franchise introduces an open-world approach where you’re free to explore around the post-nuclear terrains, which in our opinion is less immersive because it doesn’t give that claustrophobic mood that evidently exists within the previous titles. And while you can get the gist of the backstory through NPC’s and voice-overs, playing the game chronologically does help you get a fuller sense of the story and see Artyom’s (the protagonist) progression throughout the game.

So if you’re a fan of stealth-shooting, heart-pounding, post-apocalyptic survival games that might make you poop your pants, you wouldn’t want to be caught dead without playing Metro. You can download the Redux series on Steam for Php 499, and Metro Exodus for Php 1,490.

See also  Where to get free PC games every week 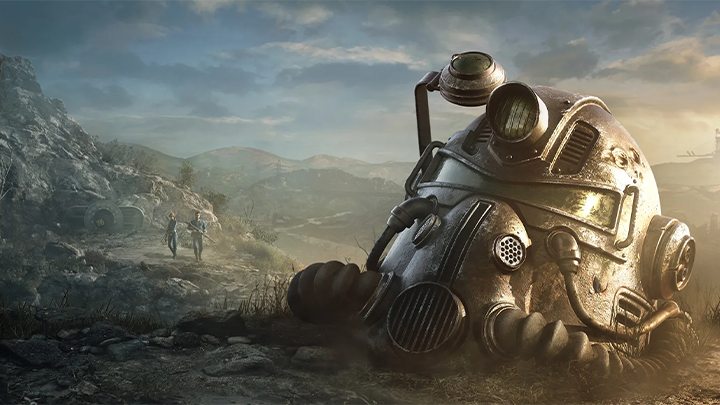 We’d be crazy not to add this one on our list. Initially released in 1999, Fallout is a series of post-apocalyptic games set in different areas of America during the 22nd century; Although, its story is heavily influenced by the post-World War II nuclear paranoia of the 1950s.

Generally, you play as different ‘Vault member’ characters, each with their unique storyline. Traverse in the post-nuclear world as you encounter different enemies like mutants, unlock weapons, and accomplish numerous side quests as you play along.

If you haven’t started playing this game franchise, we suggest beginning with ‘New Vegas’ (Php 319.95 on Steam), as it has one of the best storylines and game dialogues in the entire series. And while the world of Fallout 3 (Php 499, Game of the Year Edition) is more fun to explore, Fallout: New Vegas features superior gameplay mechanics and more engaging missions.  But if you’re looking for more fun and engaging combat with better visual gameplay, Fallout 4 (Php 1,380) might be better for you.

Their latest release, Fallout 76, is entirely an online multiplayer game, so you can pair up with your friends and co-op together; fighting monsters while at the same time defending yourself from other Vault members. If that’s not your cup of tea, you can still play the game in ‘solo’ mode simply by avoiding other players. Although  we have to admit it does not feel as immersive as the other fallout titles. If you ‘d rather just kick it old school, the original Fallout’s 1 and 2 from 1997 and 1998 are pretty fun role-playing games too!

Fallout 76 is currently available on the official Bethesda website for Php 2037 ($39.99) but is expected to be on Steam by April 14, 2020, the same day the free Wastelanders update rolls out. Arguably, we think this is one of the best Post-Apocalyptic games out there and should be on every gamer’s list. 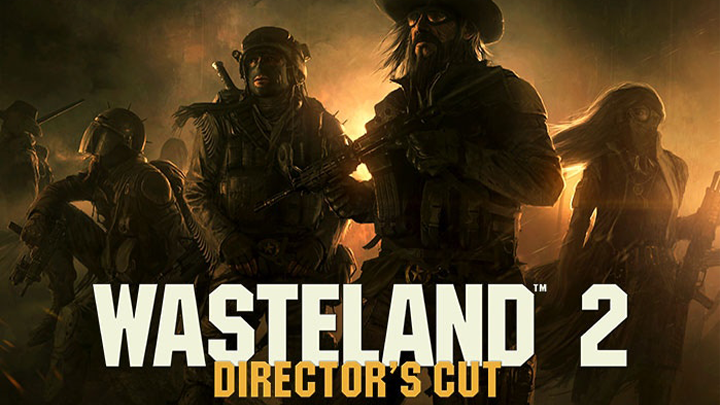 The Wasteland franchise, initially released in 1988, is an open-world RPG developed by Interplay Entertainment, set in a post-apocalyptic America destroyed by a nuclear holocaust. As a matter of fact, there are quite a few titles out there that were heavily inspired by this title. The entire Fallout series undeniably shares much of the same DNA as Wasteland and has even been touted as the spiritual successor of the original game. Though it’s not surprising once you realize that both of these titles were initially developed by the same company.

Fast forward 27 years after its debut, Wasteland finally gets a proper sequel with Wasteland 2, which retains the classic role-playing interface with a modern twist. The game continues the story of the original series’ quest to rebuild civilization, combining the classic roleplaying and text-based narration while adding a more tactical turn-based combat system. The player’s party has room for seven characters, including the four player-designed characters and up to three non-player characters (NPCs) each with their own set of skills and assets. And with a third installment set for release on August 28, 2020, there’s no better time to start playing this game than now. So if you’re a big fan of the Fallout series, you might want to try the original game it was inspired by.

Wasteland 2: Director’s cut edition includes console adaptations for the PlayStation, Xbox One and Nintendo Switch or you can download it on Steam for Php 649.95. If you’re willing to spend a little more, we suggest getting the Digital Deluxe Edition instead (Php 899.95) as it includes not only the game itself but extra content as well including a free copy of both the original Wasteland and even The Bard’s Tale.

The Last of Us 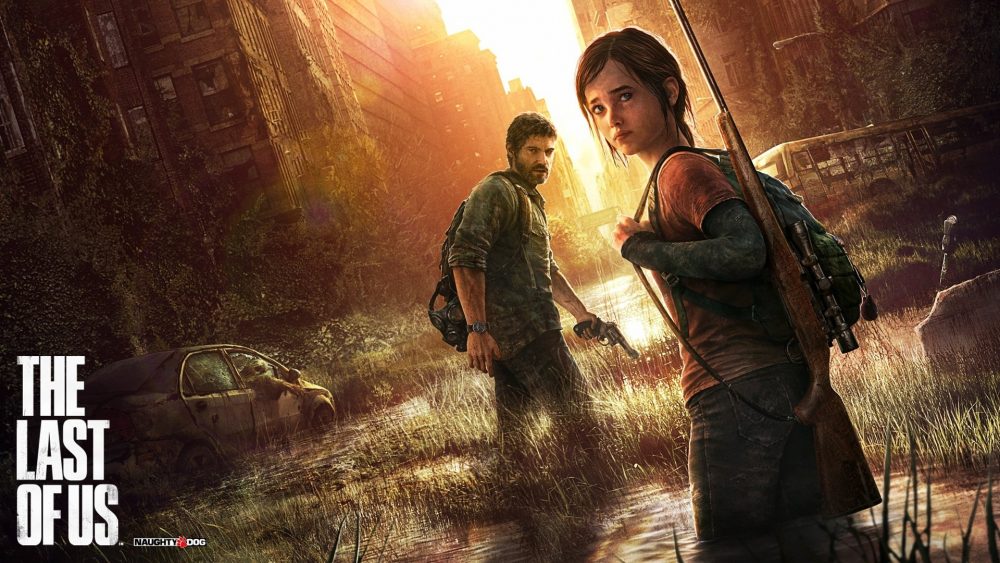 Released in 2013, The Last of Us is a third-person action-adventure shooter published by Sony Entertainment. The story takes place twenty years in an alternate future where a deadly fungus outbreak has occurred in the United States, spreading throughout the earth. It follows with protagonists Joel, a smuggler who is tasked with escorting a teenage girl, Ellie, across a post-apocalyptic country. And though this game is exclusive to Sony consoles like the PS3 and PS4, the storyline, gameplay mechanics, and the sheer amount of detail put into this title makes it well-deserving to be on our list.

This single-player, open-world game is a mix of different genres rolled into one mesmerizing title. So expect some action-adventure, survival crafting with a little horror in between. You (Joel) and Ellie will be traversing around the map, coming across different characters from humans to infected zombies. Ultimately, their goal is to survive their westward journey across what is left of the country to find a possible cure for the modern fungal plague that has nearly wiped out the entire human race.

Naughty Dog, the developer of the highly acclaimed game is set to release their sequel, The Last of Us 2 by the end of May 2020 which is available exclusively on the PS4. So if you’re planning on playing that, we suggest you check the first Last of Us to enrich the storyline even more. And although this game is over seven years old, it just goes to show that you can still enjoy AAA titles, even if they aren’t the latest.

So if you haven’t played the original title and have a PS4 lying around, we highly suggest giving the remastered version a shot. The Last of Us is downloadable on the PlayStation Store for Php 763 ($14.99). 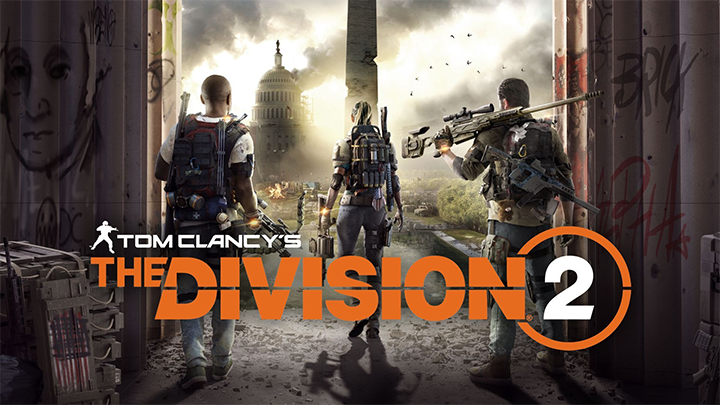 If you enjoyed playing the first Division title, it’s almost essential for you to try their sequel: The Division 2, which is set in a near-future Washington D.C., in the aftermath of a smallpox pandemic (which eerily feels similar to the current coronavirus outbreak).

This open-world looter shooter is one of the most fun titles we’ve played. With challenging AI, vast areas for exploration and excellent gunplay. This isn’t your ordinary run and gun game where you can recklessly shoot like there’s no tomorrow. Enemies consistently have varied movements, forcing you to keep moving and taking cover to stay alive, which we liked a lot. So If you can’t find cover, it’ll only take a matter of seconds before you’re pinned down. When it comes to looting, The Division 2 has an extensive amount of items that you can find and use to upgrade your weapons which have endless customizations. Also, descriptions aren’t just limited to basic stuff like damage and RPM, but drop-off damage by distance as well.

What makes this game even more fun is that you can coop with up to three other players and engage together in open-world activities or missions. Although the story isn’t any more interesting than the original, the more hours you spend on the game, the better it gets. If you haven’t tried this title, we suggest for you to check this one out. The Division Standard Edition is currently on sale and is available on the Ubisoft store for only Php 363.

There are definitely a lot of other countless selections out there that share a similar post-apocalyptic RPG theme. While a lot of them not included in this roundup are worth at least a mention, these titles make it to the list for their reputation and relativity to the lockdown. In fact, for those hesitant to play more story-oriented games, these titles are the perfect place to start your journey into the vast world of immersive RPG. After all, what’s a better place to start than with something already so close to home?