Games we used to play in internet cafes

There are some things we used to do back then that seem to be unlikely to bring back. A portion of these is the memories we’ve had before when most of us spend long hours in computer cafes to play PC games. In the Philippines, internet cafes are also called computer shops or computer cafes. Those places are meant for those who do not own a computer or laptop as well as those who want to play games with their friends. Of course, those places were filled with unforgettable times we’ve had with our childhood buddies. Now, let’s take a trip down memory lane, pretend it’s the early 2000s, and reminisce some of the old games we used to play in computer cafes! 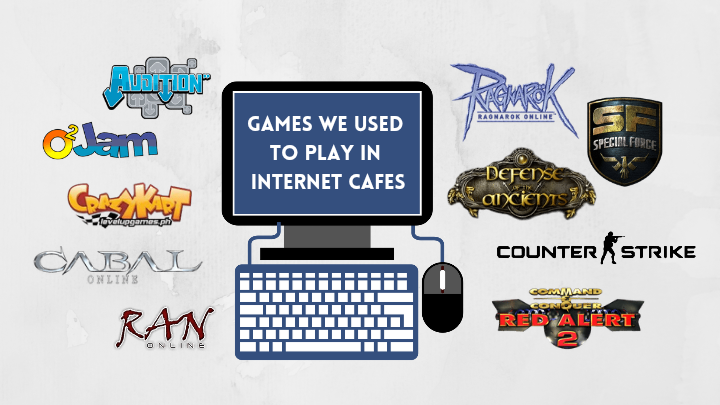 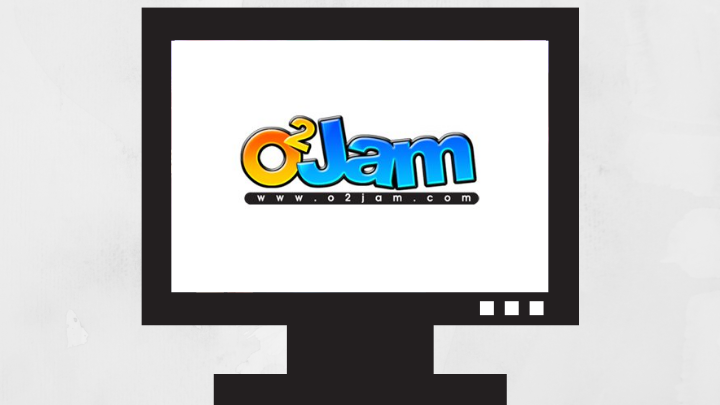 O2Jam is Multi-Player Online Music Game (MPOMG) in which you have to hit the notes falling down. It is a casual rhythm-matching game developed by O2Media in South Korea. o2Jam Philippines is the Philippine version of O2Jam hosted by X-Play, IP E-Games. It has been a huge hit in the country from 2005 to 2008. This is definitely one of the games that made us develop our skills in typing fast since we have to move our fingers as quickly as possible to overcome those fast stairs, batters, and long notes.

In the game, horizontal bars slide down a series of seven columns, each corresponding to a key on the keyboard. You’ll know if you are good at it through its grading scale, which identifies whether it is Cool, Good, Bad, or Miss. What made o2Jam more fun is that players can customize their characters, too, based on their preference. Additionally, players may also grab some items in the game, one of which involves real money via e-Points, and the other is through gems that they earn from the game. Sadly, o2Jam Philippines terminated its service on September 30, 2009. 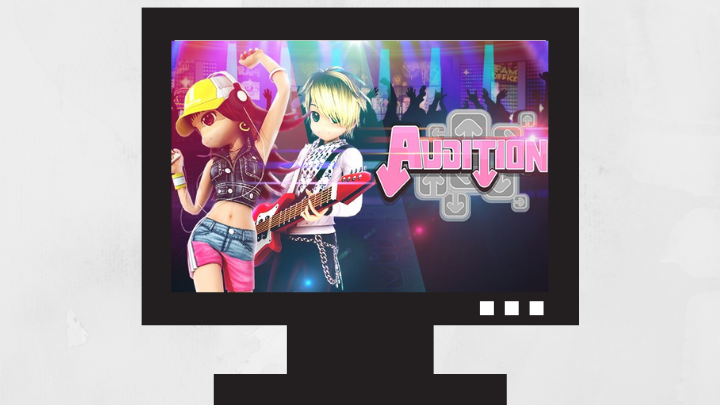 Audition is an online music and dancing game that lets players compete against and cooperate with players globally. Audition Online is a free-to-play multiplayer online casual rhythm game developed by T3 Entertainment. Brought by IP E-Games, Audition was also known as Dance Battle Audition in the Philippines. The songs, dance movements, and other features of the game are also engaging! Although the game is free to play, it earns its revenue by selling virtual items such as clothes for the player’s avatar.

See also  These Games were Developed in the Philippines

Audition Online, now called Audition Next Level, is currently under PlayPark Philippines, a server that merges E-Games and Asiasoft. 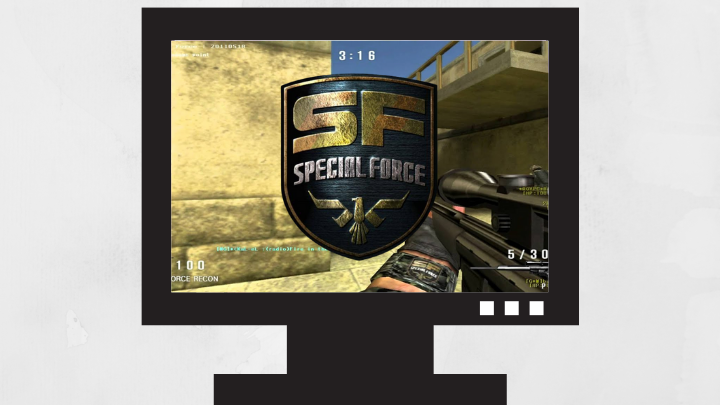 Do you remember the adrenaline rush when you got a knife kill from a 5-star general? And then, you’ll post it immediately on social media to brag about it. Do you even remember the time when you got your first weapon lotto? Yes, that’s it! The OG of FPS, the Special Force.

Special Force is a First-Person Shooter game developed and created by Dragonfly. This game became well-known for its solid gameplay and mechanics of teamplay setting. Special Force provides various game modes, including team battle (bomb planting, escaping, stealing the objective), single battle, horror mode, deathmatch, and more. The game allows a maximum of 16 players to play, which lets us enjoy with our friends and gather our clanmates for a clan war while ranking. Unfortunately, after being outnumbered by cheaters in the game. Gameclub, the distributor of the game, decided to close the server here in the Philippines. Good thing, last year, Special Force made a comeback in mobile, and it has been launched on Android and iOS. 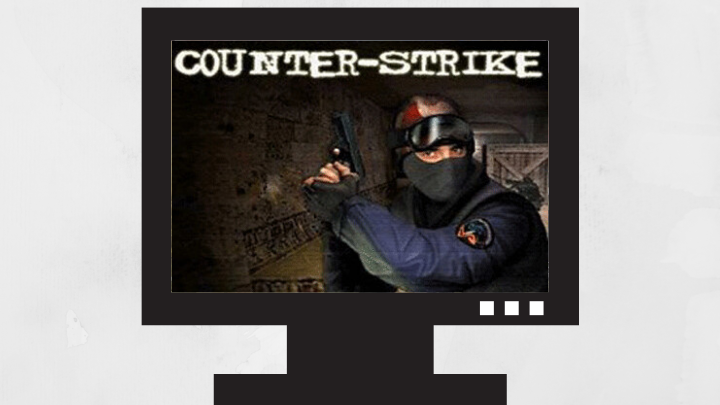 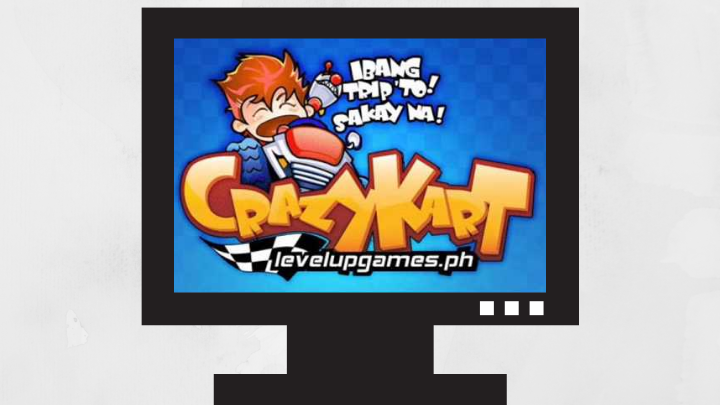 Have you also been competitive in winning the racetrack in Crazy Kart? That was crazy! Crazy Kart has various features, including maps, karts, and avatars that most Filipino MMOG lovers get addicted to.

It highlights cartoonish-style graphics and a highly customizable setup of karts. Despite the low graphic requirements and simple style of gameplay, this game is surprisingly addictive. Crazy Kart has various race tracks with varying levels of difficulty. Besides, players can pick up certain power-ups on the road that they can use to boost their kart’s speed, protection, and ability to destroy or disrupt their opponents. 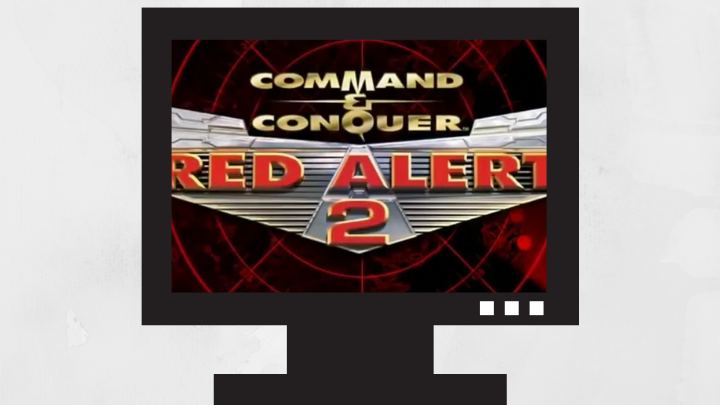 Red Alert 2 is now free to play on your web browser. The browser-based Red Alert 2 gives you a multiplayer function that allows gamers to play against one another. 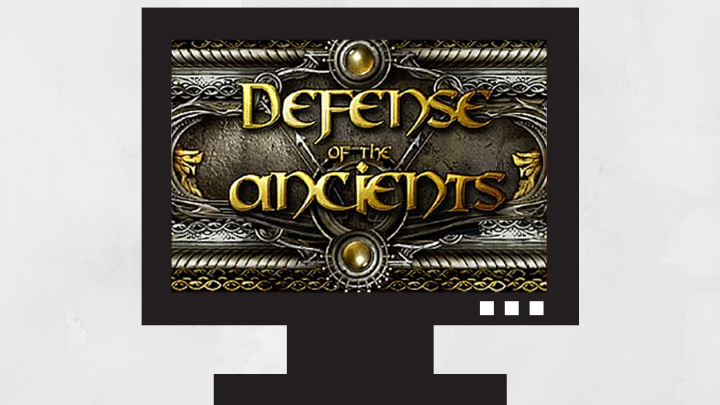 The Defense of the Ancient (DOTA) is a multiplayer online battle arena (MOBA) that started as a mod for Blizzard Entertainment’s video game Warcraft III: Reign of Chaos. The game’s objective is for each team that will destroy the enemy base will be victorious. DOTA consists of two opposing teams, the sentinel and the scourge. Each human player can choose from a hundred of hero at the tavern and control one hero with unique skills and abilities through the game. Today, you can still play DOTA 1 using the RGC server, and some people are still playing it.

Nevertheless, if many people have been hooked on the first DOTA, a lot more people enjoy DOTA 2 now. Valve released Dota 2 in July 2013, and it has undeniably become one of the most prestigious e-sport games in history. 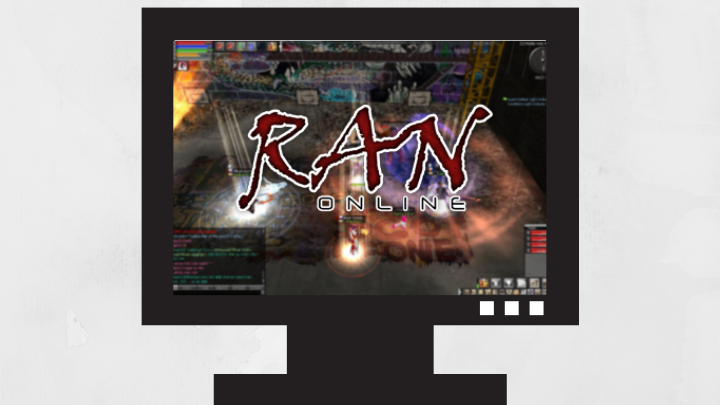 In RAN, players can choose their school between MP (Mystic Peak), SG (Sacred Gate), and PHX (Phoenix). They can also choose their character from Brawler, Swordsman, Archer, Shaman, and Extreme. The higher the level and the map level, the rarer the item players can get. The game mechanics are like any other MMORPG wherein there are quests and new skills for each level cap. There are also armors and weapons obtainable from the monsters on any map in the game.

Meanwhile, after serving RANATICS for 15 years, RAN Online decided to close its official server in April 2019. However, in case you still want to play RAN Online, it is available via private servers. 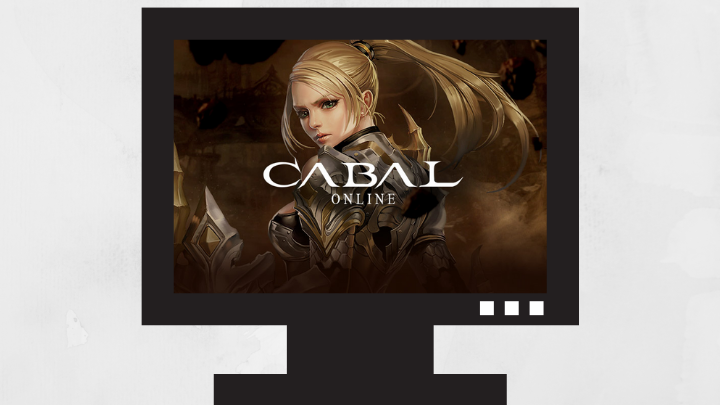 Are you also one of those who get hooked to Cabal? It is a 3D massively multiplayer online role-playing game developed by South Korean company ESTsoft. Several localizations of the game exist for different countries and regions. Even the game is free-to-play, it features an item shop that lets players purchase special premium coins using real currency. With that said, players can acquire exclusive game enhancements and features, useful items, and assorted vanity content in the game.

Cabal Online takes place in a fictional world known as Nevareth, almost a thousand years after its devastation by a robust group of idealistic men, the Cabal. Cabal’s diverse, intriguing quests and missions form together to create intricate plots that engage players into the story where they become the heroes. Cabal Online has been recognized as the top-ranked MMORPG in several Southeast Asian Regions since 2008, most notably in the Philippines, with over 6 million registered users.

Recently, Asiasoft and ESTgames Corp announced their partnership to release the mobile adaptation of Cabal Online— the Cabal Mobile in the Philippines. 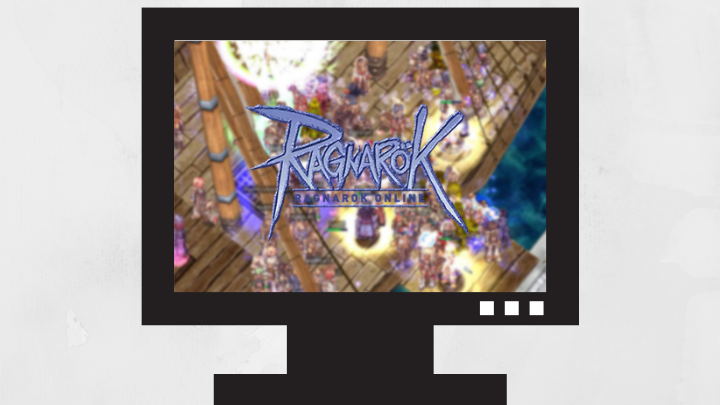 Who will forget about Ragnarok Online? Ragnarok Online is a massively multiplayer online role-playing game (MMORPG) created by Gravity based on the manhwa Ragnarok by Lee Myung-jin. Ragnarok Online’s gameplay is heavily based on Norse mythology, wherein the characters are from the stories around Ragnarok. It was released in South Korea on August 31, 2002, for Microsoft Windows.

The game allows players to create a virtual character, customize it, and participate in adventures across exotic lands. This has been a great way to hang out with friends as well as make new ones. With the game’s expanding universe, in-game events, and a large community of users, most of us have enjoyed the Ragnarok world.

There you have it! Those are some of the games we used to play in computer cafes in the early 2000s! Those days are good old days, indeed.

Did we miss your favorite PC game that you used to play? Let us know in the comment section below!

Pls feature freestyle online next ive spent so much real money on that game for premium membership and gears with attributes that enhanced my character but suddenly just went off a decade ago, pretty sad :'(

yes i love that game!

Starcraft and Generals that I used to play until now