We have just crashed into 2021’s month of October and are still chilling and staying safe at home. Despite working on videos, articles, or just random things at home, we find ourselves gravitating towards games. This is why we are updating you guys on what the YugaTech team is currently playing and why we are playing them. So without further ado, let us get on with the list. Let us start things off with something eye-catching. Final Gear is a new strategic RPG game that features incredible Mechs and lovely Maidens. The game will allow players to remodel their mech from an array of components attained from clearing stages and train the game’s dynamic and charming pilots in a bunch of customized rooms and dormitories.

Following suit—see what I did there—from a mecha Waifu game is another Waifu game but displaced in a Cafe. If you enjoy managing a cafe while engaging in some MOBA-Esque, dungeon-crawling gunplay, you might want to keep your eyes peeled for this. And after you complete your daily quests, players can also dwell in its comprehensive SNS and Bonding system that replicates realistic social networking among the characters.
Android • iOS

With its recent release, several members of the YugaTech Team have been engulfed in this new MOBA game accessible on smartphone devices. Players will find themselves in a series of Unite Battle Tournaments where they pin a team of five Pokemon players/trainers against another group of five in a heated battle. The game features iconic Pokemon we have all come to love, such as Snorlax, Charizard or the Pokemon mascot, Pikachu, himself. If you want to find out more about Pokemon UNITE, check out our Beginner guide for it here.

Moving on from Waifus, Pokemon, and Mobile Legends, some peeps from the team like to relax and play some good old racing games. Yes, I am referring to games like Asphalt 9. This is an arcade racing game that immerses players into a hyper-realistic race with crazy detailed cars—suitable for those who have an affinity for vehicles. Now it was released back in 2018, but playing Asphalt 9 is still enjoyable to this very day. 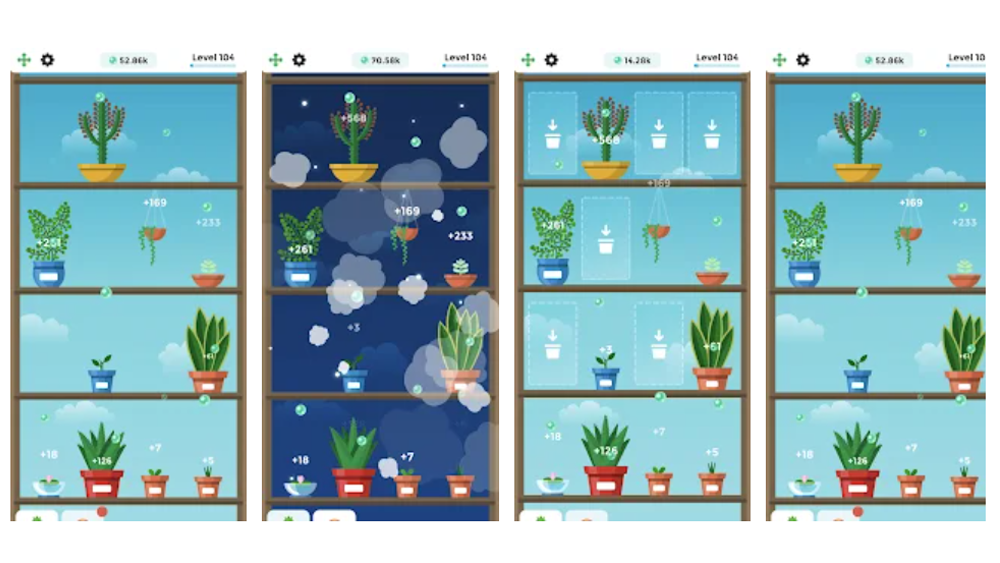 Take a moment, breath, and enjoy your free time. The team has a handful of plantitos and titas, which is why we have this game entitled, Terrarium: Garden Idle. This tapping type game allows your baby greens to grow faster the more you tap on them. The game is serene and features quaint sound effects such as water droplets and rain to enforce inner peace—master Shifu would be very proud.

On the other spectrum of things, some of us enjoy a rousing game of Valorant. Shooting, getting some sick kills, or coordinating an awesome team push is what reels us into this game at the end of a tiring day. Valorant is the odd mix between the classic CS: GO and Overwatch games, which inherits the basic gunplay of regular shooters and promotes unique character abilities. Valorant is currently only available on PC, but the RIOT team seems to have plans for mobile support. If you want to read more about it, click here.

Do you have an ache to fight a Viking’s fight? To engage in battle with Norse mythological beasts? If so, Valheim is for you. The team enjoys builder games such as The Forest or Minecraft, which is why Valheim was well within our strike zone. With quaint background music to accompany you as you build your base, to endless mobs storming the vicinity, this game was boatloads of fun. We have yet to finish it and have only scratched its surface.

Some are into multiplayer games, but some like to sit down and immerse themselves in single-player games. Red Dead Redemption 2 is an action-adventure game developed by the esteemed Rockstar games, set in the fictionalized Western side of the USA. So previously, we had Norse mythology; now we have Cowboys—the game playlist is looking quite diverse, which is quite interesting.

Now, this may come out as a surprise, it honestly surprised me as well, but CyberPunk 2077 is in our playlist. The wild wild west isn’t enough, so futuristic dystopia had to be thrown in as well. If you brush over its glitches (which it still has), the game is still massive in content to provide replayability for hours.

New World is Amazon’s recently launched MMORPG and has been receiving a lot of players lately, the YugaTech team included. This game places players against the haunted wilderness of Aeternum, a mysterious supernatural island in the Age of Exploration. The game is boasted to offer endless opportunities for players to fight, forage and forge as they continue to explore and conquer the island.

Last on this round-up is Call of Duty Warzone. Why engage with opponents of five when you can fight the whole freaking lobby. Some folk here love slow-paced games, but others thrive on the adrenaline of taking down teams while being suppressed with rains of bullets. Nothing can beat that sensation of winning with your boys or gals after surviving waves of foes—bliss.

And there you have it. A round-up of what the YugaTech Team is currently playing. Feel free to share your thoughts and experiences in the comments below. Also, don’t be afraid to voice out if you want to see a video dedicated to one of these games with a few of us playing it.