On Monday, December 9, team Sibol from the Philippines has taken another gold medal in the esports category for winning the 30th SEA Games in Dota 2.

Contrary to Team Sibol’s ML: BB cinderella run, their Dota 2 team breezed past the competition. They defeated both Laos’ and Indonesia’s team 2-0 in their two-game matches in the group stages. They did, however, lose to the first game to Myanmar’s team, but fortunately picked up and won the second game. They returned to form and won the upper bracket finals 2 to 0 from team Vietnam. 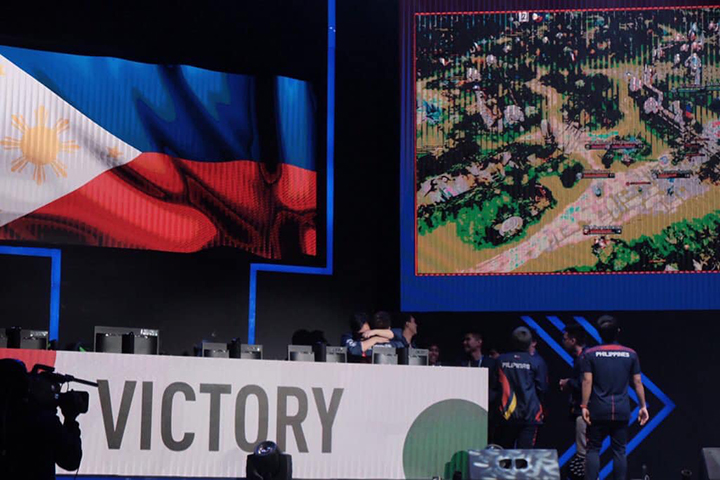 On finals day, they faced Thailand’s team who’s had a shaky group stage performance but stepped up in the final stages of the competition. The first game was rough, with both teams neck and neck. Things started to sway for the team Sibol when they won the clash in Dire’s top shrine. Moments after, they also caught the enemy Leshrac in the open, allowing them to take down the barracks in both the mid and top lane which allowed them to secure the game. In Game 2, Thailand came back with a vengeance winning the game with a 37-9 kill score. Team Sibol surrendered after losing the final clash as they realized that the game was already over by then. Team Sibol then proceeded to take game three, then Thailand’s team took the fourth. In the finals, team Sibol managed to come back from the game and take the victory despite being down in kills, towers, and gold. Things turned when Thailand’s Drow Ranger got caught, which allowed team Sibol to win the final clash and secure the victory.

The Philippine team Sibol took the gold for the Dota 2 esports tournament in the 30th SEA games, followed by Thailand, who took silver, then Vietnam, who won third place and brought home the bronze.