The Nintendo Switch is the most popular gaming console in SEA

According to the iPrice Group, interest for gaming consoles has risen during the ECQ. 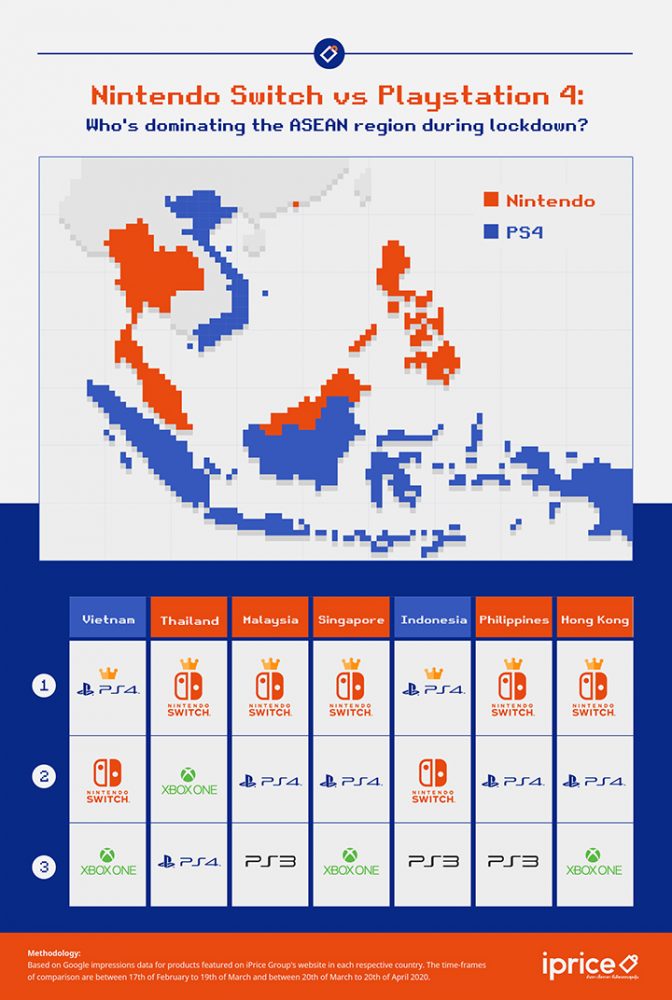 Based on 1.5 million searches on online shopping platforms across the Philippines, Malaysia, Singapore, Indonesia, Thailand, Vietnam, and Hong Kong, the Nintendo Switch is the most popular gaming console. It topped the charts in 5 out of 7 countries, including the Philippines, while the second most popular console, the PlayStation 4, topped in Vietnam and Indonesia. Interestingly, Microsoft’s Xbox did not make the top 3 list, as the 13-year-old PS3 took the number 3 spot. 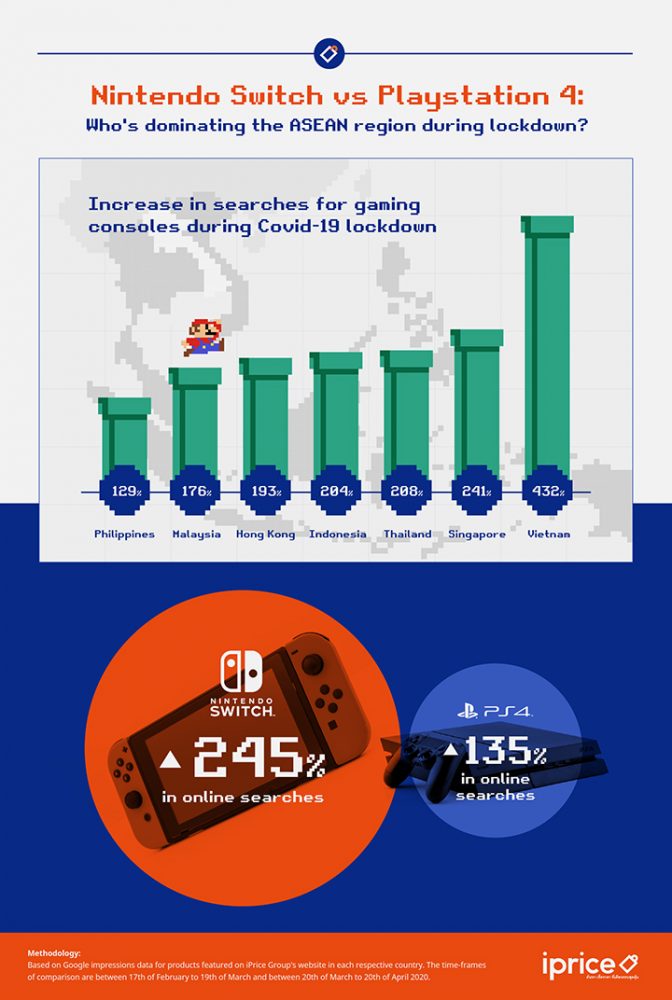 From mid-March till mid-April, interests for the Nintendo Switch has increased by 245%, which was 1.6 times more than the PS4. Overall, the interest in gaming consoles increased by 115%. Vietnam saw the most increase in interest by up to 432%, followed by Singapore, and Thailand. The Philippines, on the other hand, had the least amount of growth in interest out of the seven countries due to strict restrictions on the delivery of goods, while other countries in the region did not limit the use of e-commerce.