Apart from typhoons passing by in our country, the Halloween season is upon us. Now that everything is virtual, everyone resorts to playing horror video games where we can interact and watch your scaredy-cat friends get frightened with jumpscares and immersive paranormal sightings. So, if you’re looking for immersive horror games to play, you’re in the right place. We give you some video games to play that allow either single-player or multi-player modes with eerie environments. 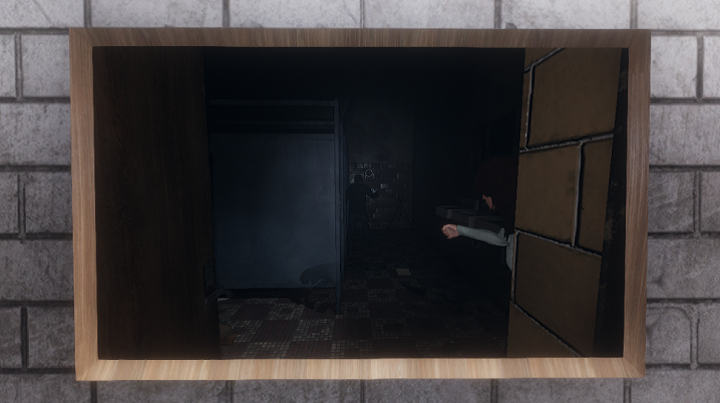 Author’s note: Some of the games below are paid and require a stable internet connection. These games are also not for the faint-hearted.

Developed by Kinetic Games, Phasmophobia is a 4-player online co-op game where you and your friends may go on a ghost-hunting adventure, use proper equipment, and identify the ghost that has been haunting in various places such as school, asylum, farmhouse, or a typical two-story house. You’ll need to use the right equipment, collect shreds of evidence, and get out of the premises to earn money. The game is also compatible with VR headsets such as HTC Vive, Oculus Rift, Valve Index, and Windows Mixed Reality.

Probably the most affordable game from the list, Pacify is a horror strategy game where players take the role of one of the staff of Paranormal Activity Helpers Incorporate who were tasked to check a haunted house. You and your three other friends should pacify the evil by searching for clues that will help you to escape. The goal is to find all the keys for the locks, collect all the living dolls, and burn it. You all need to avoid the little girl and quietly do the mission if you and your friends want to survive inside. It has PVP, 4 co-op, and single-player modes that make the game more flexible.

This online, cross-platform game is based on slasher films where you can play either as a survivor with three other characters or the killer. The 4V1 horror game lets survivors play in third-person for better situational awareness while the killer plays in first-person and focuses more on their prey. The aim is to escape the killing ground without getting caught and tortured by the killer. Its latest version features characters from Silent Hill. Dead by Daylight is currently free on iOS and Android.

The latest addition to the Amnesia franchise follows the story of Tasi Trianon, who woke up in the desert of Algeria. This single-player survival horror game features puzzles along the way as you escape from a desolate landscape. You also need to discover other environments and manage your limited resources wisely before the creatures take over you.

Set in the dreadful outskirts of Danwille Town, this 4-player cooperative horror video game where the players need to escape from the abominable forest. To survive, you and your friends should not make noise while figuring out to get out of the area full of monsters who are highly sensitive to sounds. One wrong action can cost you or your friends your lives.  Your team may also collect objects along the way you can use to find your way to escape. The game itself offers various ways to escape, so the key to your team’s success lies in the gameplan.

Supported platforms: Windows 7 and above

Don’t be deceived by its trailer. It might look colorful, but its plot can get pretty messed up and dark. Developed by Team Salvato, this free-to-play visual novel game features four schoolgirls, namely Sayori, Natsuki, Yuri, and Monika, all part of a literature club. Strange things may start to happen as you play the game, leading its player to think that the game is glitched. It features various alternate endings, that is, if you’re brave enough to find it all out.

Supported platforms: Windows 7 and above, Mac OS X 10.9 and above, Linux

Published by Bandai Namco, this single-player puzzle horror game lets you play the role of Six, who needs to escape from The Maw – a vast, mysterious vessel inhabited by corrupted souls looking for their next meal. As you go along the way, you need to solve various puzzles to progress to another level. You may also explore other environments and use your imagination to find the way out.

Supported platforms: Windows 7 and above, PS4, Xbox One, Nintendo Switch

This single-player survival horror game allows you to be an independent journalist Miles Upshur who breaks into the  Mount Massive Asylum facility. Your mission is to gather pieces of evidence that the facility has recently re-opened in secret, hide in places, fight against monster bosses, sneak from the hands of the asylum’s terrifying inhabitants, and get out of it. It even has a sequel that follows another journalist named Blake Langerman to explore the murder of a pregnant woman, only known as Jane Doe.

Inspired by the film The Blair Witch Project, the psychological horror game lets you play alone along with a dog named Bullet who may affect your story. Players may encourage the dog with treats, or discipline him for wandering off. You are a former police officer named Ellis who needs to find a way out of the area while keeping your sanity.

As the latest addition to the single-player survival horror franchise, The Evil Within 2 follows the journey of Detective Sebastian Castellanos into the nightmarish world of STEM. To get out safely, the player should craft traps, sneak, run and hide, or try to battle disturbing creatures with limited ammunition.

Supported platforms: Windows 7 and above, PS4, Xbox One

Another masterpiece from Frictional Games, the single-player, sci-fi horror game lets you explore the world of SOMA and face horrors buried deep beneath the ocean waves. You have to solve puzzles, look for the last remaining inhabitants, and take part in the events that will ultimately shape the fate of the station. You’ll need to figure out how to outsmart corrupted humans, twisted creatures, insane robots, and an inscrutable omnipresent A.I. along the way to survive.

Its title pretty much says it all: Get the F out. GTFO is a horror FPS game with 4 player cooperative PvE gameplay. You and your friends get to play as a team of prisoners who are forced to explore and extract valuable artifacts underground that has been infested by terrifying creatures. All you have to do is to gather weapons, tools, and resources to survive; search for clues, solve the objectives as a team, and plan an escape route. Its current update now features an alpha testing of a matchmaking feature and a layered difficulty system.

Supported platforms: Windows 7 and above

And that sums up our horror video games list. We highly recommend to play it with the lights turned off and with your headphones on to spice things up. Got suggestions? Let us know in the comment section below. Good luck and stay brave.