Why play idle games? The appeal of games you don’t have to play much

At first glance, you may think that idle games or incremental games would form a paradox in gaming. For players who devote much of their time and resources in the game, it might be difficult to understand where idle gamers are coming from. After all, where is the fun in what may seem like a non-game? Then again, there may be certain scientific rationale which could help explain the magical charm of idle games. Let us examine some of them. 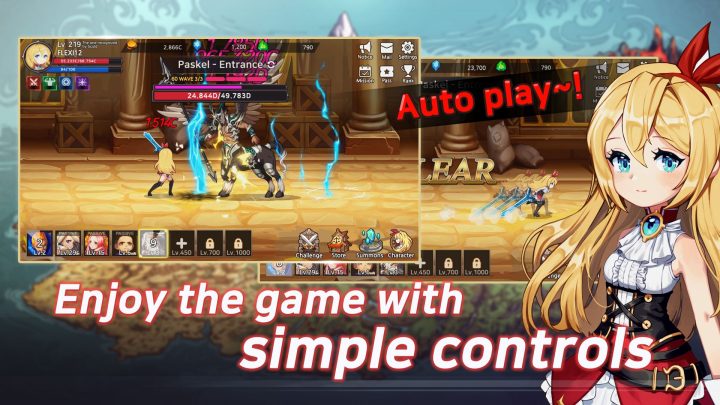 The learning curve makes it easy to create a habit

Habits are difficult to break, but they can also be easy to create. A study in the European Journal of Social Psychology shows that it takes 66 days on average for new behavior to be on automatic, but ultimately, it depends on what kind of routine you are trying to build. Some habits may prove easier to acquire than others, and idle games provide a way to make the barrier low enough to reinforce that routine. It may take just minutes in any one day to finish the walkthrough, and their gaming system allows you to come back for more with virtually minimum effort. For instance, through daily and weekly objectives and rewards, you are ensured that gameplay will not be a one-time thing.

Forming a habit, in turn, can lead to dedication in games which needs less focus than even casual games. GameAnalytics found in their available data in 2019 that idle games actually record higher retention rates than other game genres. This can be understandable when one looks at the average day of a person, may it be a student or a working professional. Idle games provide a means of fulfillment when you have little time to spare.

See also  Hades coming to Xbox and Playstation on August 13 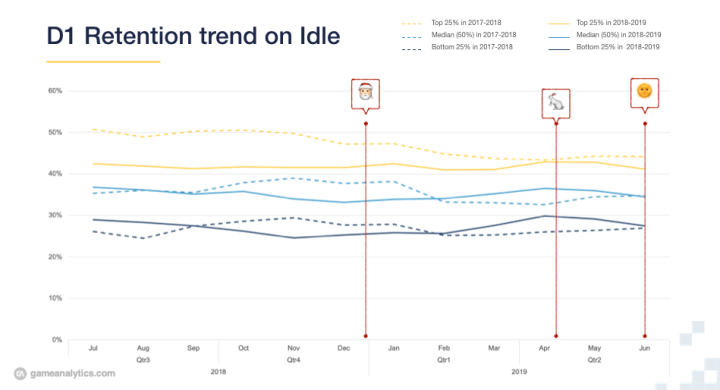 The growth motive: How idle games can also be profitable for developers

In relation to the earlier point, idle games also allow players to progress for less, which may benefit multitasking individuals in particular because they can reap while working on other things. It appeals to our brain’s response to perceived victory, where our achievement levels evoke positive vibes.

More so, the lower risk levels makes them more confident to spend with in-app purchases. Following this logic, the rewards are not supposed to diminish, but are poised to increase, usually by tweaking waiting times or difficulty levels. GameAnalytics saw that as many as 37 percent of idle games monetize through this.

This also contributes to the relaxation aspect of games. Some genres bank on competitive gaming for their appeal, but not all people are into racking their brains and banging the controls to have the sweet win. Sometimes, the best of games are those which have the therapeutic effect of being less serious than what real life has to offer.

Despite these advantages in their hands, idle games may nonetheless fall in design traps which could discourage commitment. For instance, where does gaming skill factor in? Are the possibilities in the game comparable to Hilbert’s Grand Hotel, or are they predictable enough for one to be tired from playing? What new features and variations are being introduced to keep players hooked in? Notably, some game genres are integrating idle gaming factors while innovating their own gaming styles (e.g., meta), and competition within the idle game genre itself may result to lower retention rates in the long term. Moving forward, looking into how audience demands develop over time might help games in general to sustain the entertainment levels they promise.