Horizon Worlds, a virtual reality (VR) platform with a game creation system developed by Meta, has recently been teased to be having a web version. This follows Meta’s announcement that it has plans to allow monetization of content creators in the Metaverse platform.

“When Horizon’s web version launches, the Horizon platform fee will only be 25%—a much lower rate compared to other similar world-building platforms,” said Meta CTO Andrew “Boz” Bosworth. 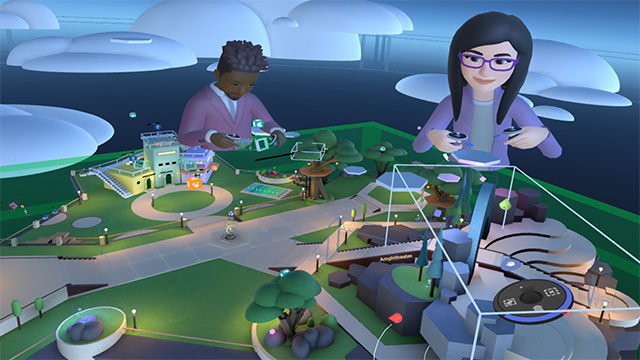 For Horizon purchases, Meta takes a 25 percent cut of the percentage left after a platform fee. For platforms with a 30 percent fee, such as Meta’s Quest Store for VR titles, a tad over half of the sale price will remain for the creator. In comparison, according to a CNBC report, rival NFT marketplace OpenSea takes a 2.5 percent cut of each transaction, while LooksRare charges 2 percent.

“While our new creator bonuses and in-world purchases tools are only testing with a handful of creators today, we’re also continuing to roll out more tools and support for all creators that make building new worlds even easier,” Meta said in a statement.

In addition to a web version, there are ongoing tests for Horizon’s prospective arrival to mobile and game consoles. Meta spokesperson Iska Saric, however, noted that there are “no timing details to share at this time.”

Formerly known as Facebook Horizon when it was first announced in 2019, Horizon Worlds had a limited release in the United States and Canada on December 9, 2021. According to The Verge, Horizon World has reportedly reached 300,000 users since launch.