Gaming has become more accessible to people as publishers release more exciting Android mobile games to play. Google Play Store currently offers more, with other upcoming titles requiring pre-registration. To beat the boredom during MECQ, we’re sharing some upcoming titles that you might want to pre-register and install once it rolls out on Android devices.

Developed by Ubisoft Entertainment, the free platform fighting game features more than 50 characters. Players may play up to 2v2 online ranked matches or open rooms and invite 8 friends to battle on custom matches. Along with its fun party game modes, the game also features special characters from Cartoon  Network’s Ben 10.

Crash Bandicoot: On the Run

Crash Bandicoot takes over the mobile platform with this running game from Candy Crush Saga-developer, King. Stepping into the shoes of Crash, players are required to jump and spin over the obstacles along their way. They may also craft gadgets and weapons, go running with friends in multiplayer mode, and unlock skins and costumes for unlockable characters from the franchise. The game also features iconic locations from the franchise such as Turtle Woods, Lost City, Temple Ruins, among many others.

Missing the sea? Then this relaxing game is for you. Sporting a visually appealing graphics with colorful characters, it allows players to create an expansive underwater ecosystem. They may decorate their own under-the-sea world, adding various creatures such as fishes, corals,

Townsville’s adorable superheroes are back, but this time it’s on your smartphone screens. In partnership with Cartoon Network, Sundaytoz Inc. has developed a puzzle game where players need to match all the blocks to complete the mission of The Powerpuff Girls. Succeeding combos unleashes the trio’s superpower that’s helpful in clearing stages and solving crimes before their bedtime. 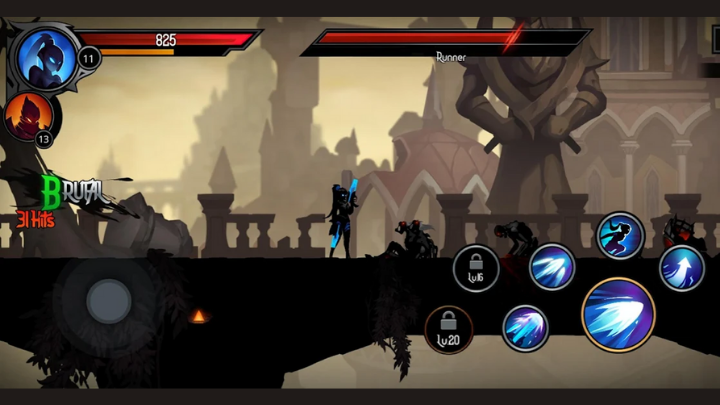 Fansipan Limited expands its Shadow Knight franchise with the arrival of another title, the Shadow Knight Premium: Era of Legends. Be a Shadow Knight and fight epic monsters and enemies to defeat the immortals of Darkness and bring back the light to Harmonia. Each Shadow Knight may collect weapons and equipment, explore complex terrain, complete quests, and defeat powerful bosses.

Be the pilot of the Millenium Falcon and other starfighters on this mobile flight shooter game. Developed by Joymax Co. Ltd., players get to lead a squadron of three starfighters and use each unique ability to survive the battles. Among the unlockable and upgradable starfighters are Han Solo’s Millennium Falcon, Luke Skywalker’s X-wing, Darth Vader’s TIE fighter, Kylo Ren’s TIE silencer, and more.

Warner Bros. and NetEase Games team up for a Tom and Jerry-themed chasing game. Recreating the classic animated series, players may choose to play as Jerry and his friends to steal cheese or as Tom to stop them from succeeding. Its multiplayer mode allows players to team up with their friends and either help Tom to get the cheese or rescue him from Jerry. The game allows players to be a general manager of an NFL franchise team and take them to the Super Bowl. The team may go head-to-head against other teams, collect rewards, gain upgrades, and help other players through the co-op assist mode.

As the name suggests, this pixel art game from Odencat features a mouse that exterminates the apartment’s ghosts which are taking a toll on the renter’s emotions.

Work with other immune cells and defeat a wide range of viruses with this strategy game from PNIX. Players may combine cells to beat viruses that cause infection from human bodies and build a stronger immune system to keep human bodies healthy.

And there you have it. Are there any other games you can recommend? Let us know in the comments below.