Arcades are always a staple inside a bustling mall; the lights, sounds, and overall atmosphere can lure people of any age. Games from the arcade also evolve with the present tech globally, such as full-body tracking, touch-sensitive beat games, and the sort. However, since we can’t visit arcades right now, let’s take a look back at these classic arcade games that started that made us spend our allowances on. 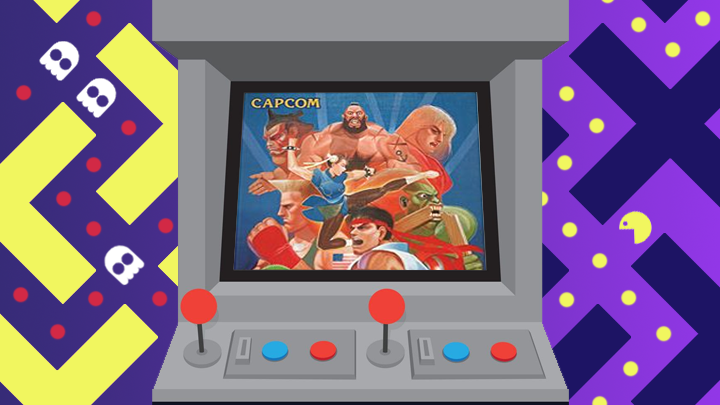 You can’t have an arcade list without Street Fighter. This is the type of game where people grind hours on their favorite fighter and compete publicly. I remember seeing a queue of tokens displaced on the system for dibs on the next game—nostalgic. Street Fighter II was the second installment of the series and was created for arcade systems, specifically in the year 1991.

The objective of Street Fighter II was to deplete your opponent’s health points for a set amount of rounds. This competitive fighter sprouted self-ran tournaments and hype in the arcade, making it canon in the ’90s. While other machines have their own set of buttons and joysticks, Armadillo Racing had a single ball. Yes, a single ball to control your armadillo. This game was produced by Namco in 1997 and featured a racing game with armadillos. Traverse through a course riddled with bumps, ramps, crocodiles, and bridges, as the player races for first place.

House of the Dead 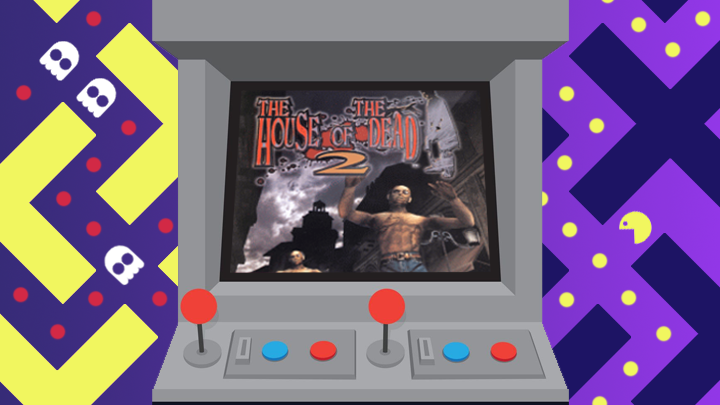 Not going to lie; this game terrified me when I was a wee lad. Sega produced the House of the Dead series in 1996, which gone international a year later. The game was classified as a ‘rail shooter light gun game,’ where players aim and shoot approaching zombies in a pre-determined sequence.

Throughout the game, players are faced with situations that require fast reaction time. If not acted upon appropriately, consequences will be paid via a ‘do you want to continue?’ screen. Three endings are given depending on the player’s score rank; a normal ending, the true ending, and an ambiguous ending. Which one did you get? 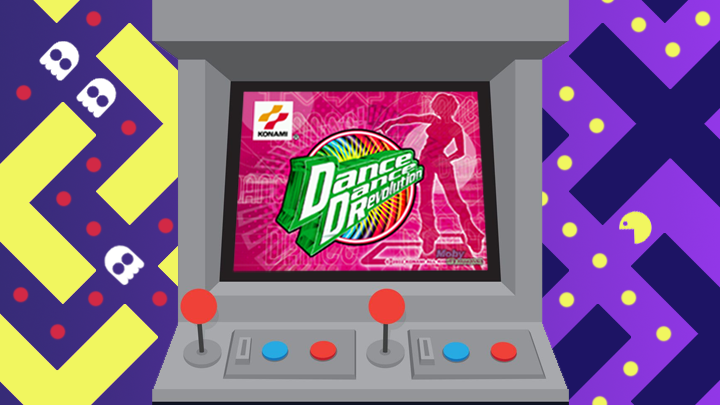 Imagine yourself walking by the arcade, and you can hear loud, peppy beats coming from the inside. You then see people just tapping away rapidly on the floor in sync with the music. This active beat game was produced by Konami in the year 1998 and is classified as the pioneer of the rhythm and dance genre in video games.

The concept is simple, step on the corresponding arrow that appears on the screen and beat. The game will then judge the player’s timing with a perfect, great, good, almost, and miss. In addition, Dance Dance Revolution featured two other game modes, which have two players play in singles and doubles. Like House of the Dead, Time Crisis is a first-person on-rail light gun shooter by Namco introduced in 1995. It focuses on shooting enemies in an area within a specific time limit in order to continue.

The unique feature of the ‘cover system’ was introduced from this franchise. The player would step on a pedal to take cover and release it to come out of it. This was helpful in order to reduce damage taken from the onslaught of enemies—a breather from a stressful situation. If you are one of those people that know where to aim and find this game a breeze, you have my respect. 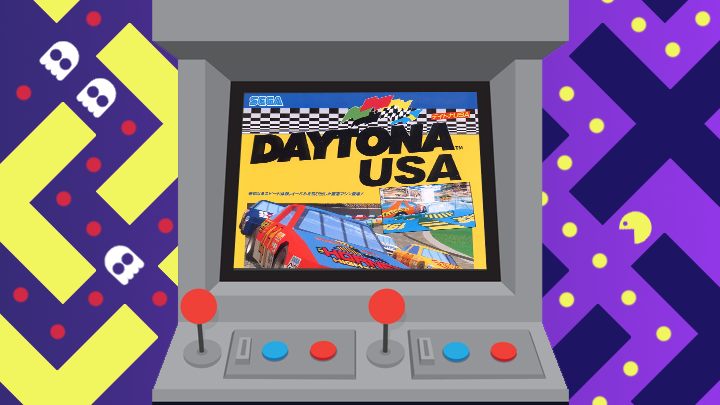 Daytona USA is an arcade racing video game developed by Sega AM2 in 1993, which SEGA then released in 1994. This game was inspired by NASCAR motor racing in the US, where players drive stock cards across different courses.

The player has three difficulty options to choose from, which are beginner, advanced, and expert. In addition, the arcade game also featured adaptive difficulty, which gauges the player’s skill and correspondingly adjusts the difficulty of the AI. 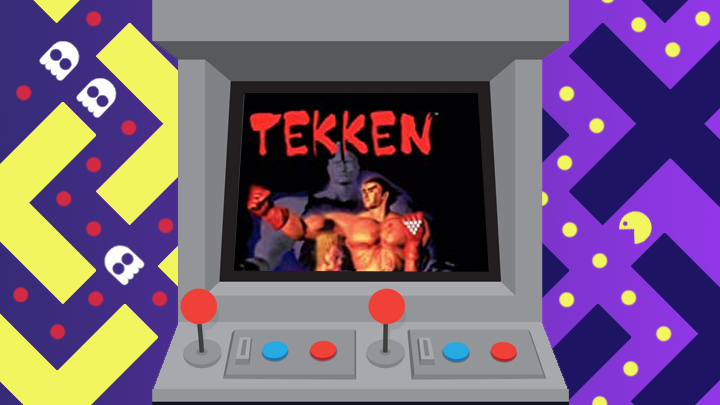 If you weren’t playing Street Fighter, you might’ve been at the Tekken arcade machine. The first Tekken arcade game was released in 1994 by Bandai Namco. The gameplay focused on hand-to-hand combat with an opponent, which includes blocks, throws, escapes, and ground fighting.

The first game featured eight playable characters, with each having its own sub-boss. The main game follows a series of events from the King of Iron Fist tournament where players choose their favorite character in an attempt to win the overall tournament for the company. I personally enjoyed Tekken, I wasn’t good at it, but it was fun. However, it was just a tad bit frustrating being permanently locked into King’s holds. 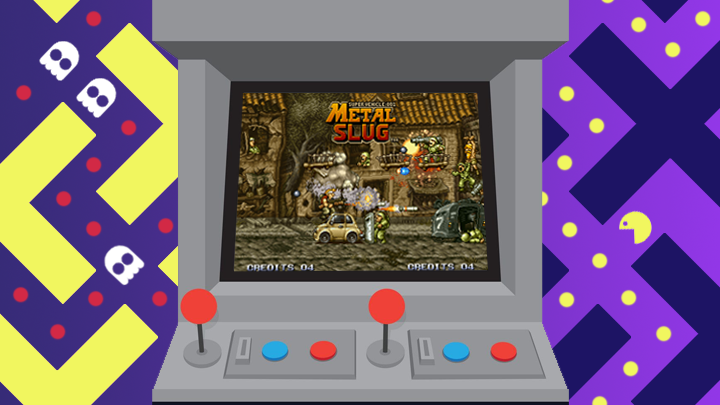 Nazca Corporation developed this 1996 run and gun platformer. Metal Slug is a game where players take the role of captain Marco Rossi and lieutenant Tarma as they shoot, run, destroy enemies to complete each level. There are six missions that take place from the forests to snowy mountains, infested with tanks, aircraft, anti-personnel, and mobile artillery. Were you able to keep up with this hectic game? 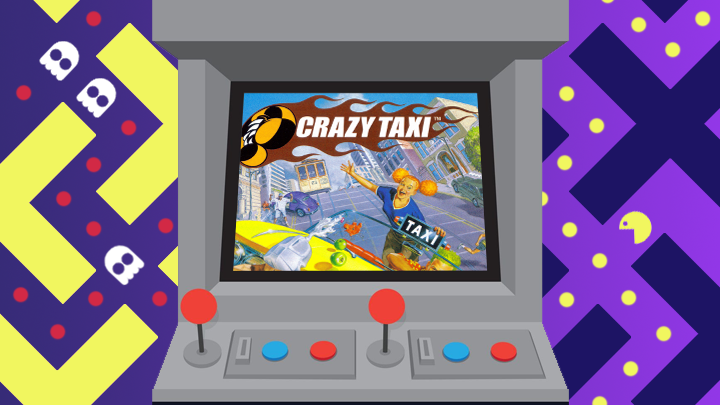 This is considered a gem in my books. Crazy Taxi is a 1999 driving game where players assume the role of a taxi driver who must get as much cash as possible as they drive their passengers to their destination. The game was so popular that SEGA created a port version to their Dreamcast console in the 2000s.

Imagine getting paid despite recklessly driving as you do gnarly tricks. The franchise was flagged as the easiest to learn but hardest to master. Players cannot continue from where the game previously left off and cannot be played indefinitely as there is a number of fares in the game. 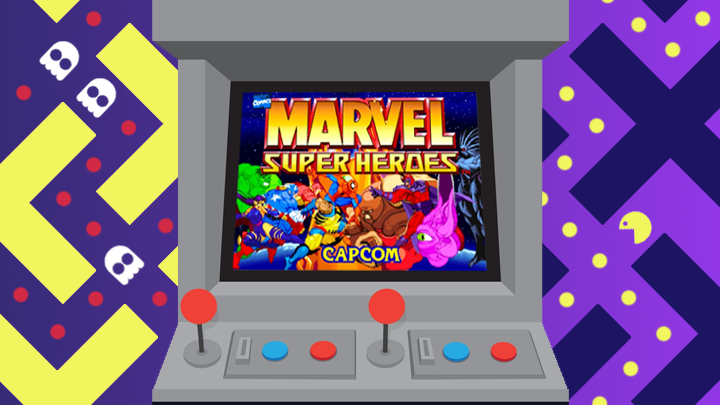 Finally, we have another fighting game, but, Marvel Edition. If you have ever wondered how Wolverine would fair against Spiderman, you can check it out with this arcade game. Marvel Super Heroes is based on the Infinity Gauntlet storyline in the Marvel Universe.

The objective of the game is to use attack and abilities to knock out the opponent. In addition, the game features a super meter to perform powerful unique combos that can quickly turn the tide of the game.

There you have it! Going through all these arcade games can make one feel nostalgic; there is nothing like an arcade experience to reminisce over.

We’re pretty sure we didn’t cover everything, since there are tons out there, so please share it with us in the comments section below.

As always, stay safe and game on!

You forgot about Mortal Kombat. Aside from being SF2’s arcade rival, it also generated tons of controversy due to its graphic gameplay (at that time), particularly the fatalities.