PUBG Mobile has been known to collaborate with either various celebrities or brand titles. Now, per the official tweet from PUBGM, the game is set to team up with Marvel Studios’ friendly neighborhood superhero, Spiderman on its latest film, Spider-Man: No Way home. 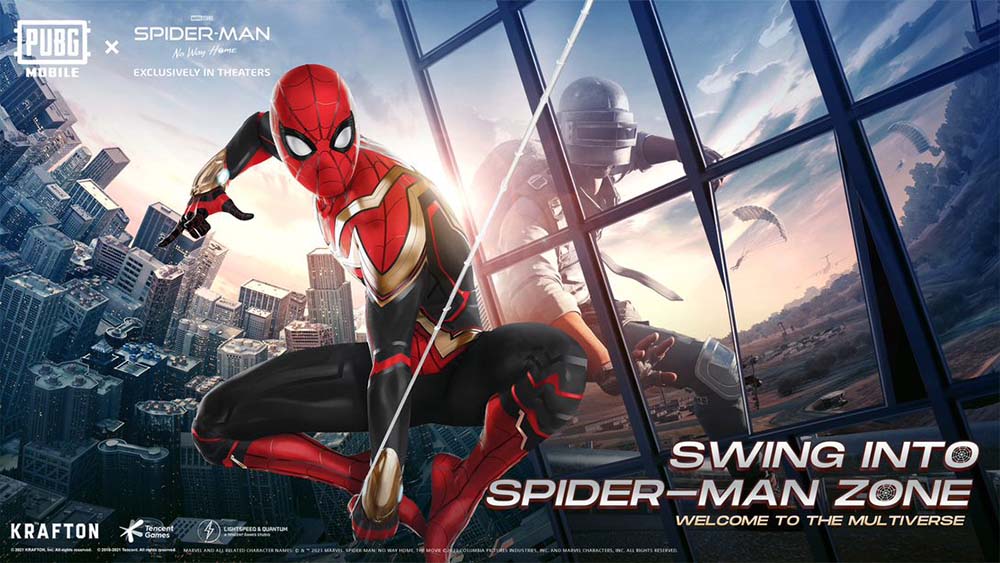 PUBG Mobile posted a photo giving a direct hint of the crossover showcasing a level 3 helmet caught in spider webs with the caption saying, “Something big is swinging its way into PUBG Mobile and the big screen.”

Something big is swinging its way into PUBG MOBILE and the big screen! What could it be? #PUBGMOBILE pic.twitter.com/Dr5FvaIB32

KRAFTON, the developer of PUBG Mobile, says that the exclusive content will be available in the upcoming PUBG MOBILE version 1.8 update, becoming the first collaboration with Sony Pictures. Beginning December 10, players globally will have the opportunity to obtain exclusive items such as collaboration graffiti by completing in-game missions.

See also  ARK: Survival Evolved for free for a limited time on Steam

“Spider-Man is one of the most beloved characters both in the Super Hero world and more widely in popular culture. The opportunity to team up with Spider-Man: No Way Home means that we can bring the excitement and anticipation of the film and character to PUBG MOBILE, something we’re certain our players, and Spider-Man fans, are going to love,” said Vincent Wang, Head of PUBG MOBILE Publishing, Tencent Games.

“This exciting collaboration will allow fans around the world to expand their engagement with their friendly neighbourhood Spider-Man through PUBGM’s state-of-the-art gaming experience – all while on the go with their mobile phone,” said Jeffrey Godsick, EVP of Global Partnerships and Brand Management and Head of Location Based Entertainment at Sony Pictures Entertainment.

Stay tuned for more details on the PUBG MOBILE x Spider-Man: No Way Home promotional partnership, to be revealed with the launch of the PUBG MOBILE Version 1.8 update in mid-January.