miHoYo has announced that v5.1 “Pristine Realm” of Honkai Impact 3rd will be launching on September 16. 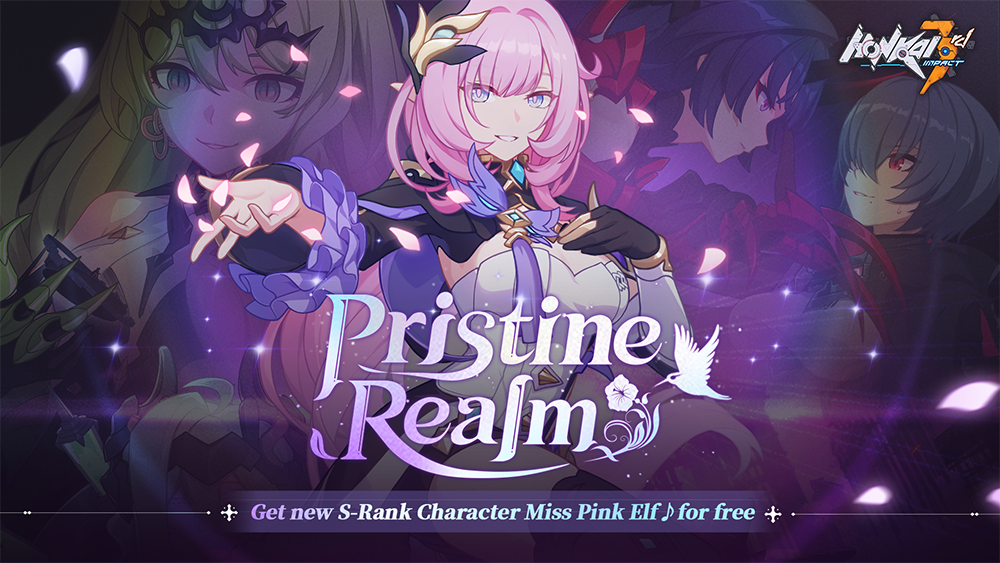 In v5.1 Pristine Realm, Elysia the second-in-command of the Flame-Chasers is dubbed as the first DPS character with a bow and is going to be playable. The new version will also allow Captains to purchase the S-rank battlesuit base card and fragments with Ancient Legacy and Ancient Willpower in the War Treasury. Bright Knight: Excelsis and Striker Fulminata will also be joining the Elysian Realm along with the new Whisper of the Past bow with its PRI-ARM form and new stigmata.

V5.1 Pristine Realm will include more stories and rewards for Captains. The introduction of Chapter XXV-EX marks the beginning of a new saga that focuses back on Schicksal. The Sanka Saga event will return for Captains and will allow them to explore its story and acquire its rewards. Furthermore, the fan-favorite LITE session will be available permanently.