MetaverseGo, a Web3 mobile gaming platform that onboards new players via a mobile phone login, has announced that it has raised USD 4.2 million in a seed round led by Galaxy Interactive. 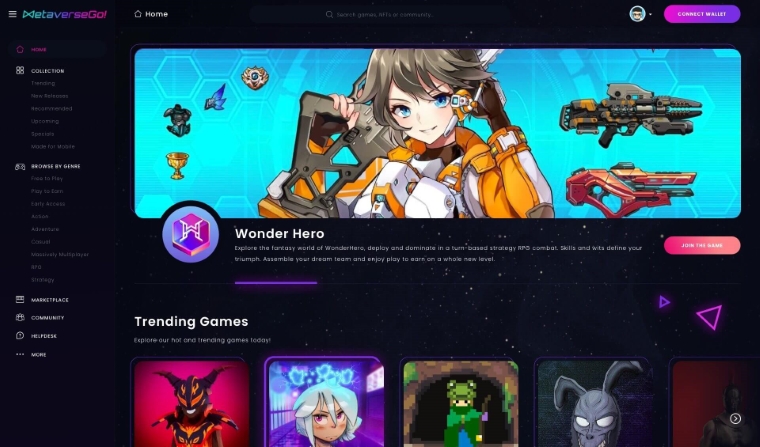 MetaverseGo said that over the past year, Web3 gaming has seen remarkable adoption with gaming apps now driving 52% of all blockchain activity. However, the long, complex and risk-laden processes involved with onboarding new users to blockchain-based platforms remain a barrier for would-be players. To accelerate adoption with mainstream markets and non-crypto natives, MetaverseGo provides access to Web3 games without the usual prerequisite of understanding how to use cryptocurrencies.

Using only their mobile phone number, and upon validation by a verification code, users can explore the MetaverseGo platform to discover and play a range of NFT games while earning MetaverseGo credits that can be spent on mobile data, utility bills, shopping vouchers, and more.

“Crypto has always been hard, and blockchain games are even harder, since there are significant upfront costs to buy the NFTs needed to play. Play-to-earn really only took off in 2021 after scholarships popularized the idea of renting those NFTs, so that NFT ownership wasn’t a requirement to get started. Since then, we’ve seen rapid adoption around the world, but as long as crypto onboarding is as arduous as it is today, that growth can only go so far. MetaverseGo is solving this by making Web3 games accessible via a technology that everyone knows how to use — a mobile phone number,” said Ash Mandhyan, co-founder and CEO of MetaverseGo.

Currently, 1.1 billion mobile games are downloaded per week, a number that is 45% higher than pre-pandemic levels according to a study by data.ai and IDC. Further, available gaming stats indicate that there are over three billion gamers across the globe, representing about a third of the world’s population. In comparison, according to a report by Crypto.com, there are only around one million people playing blockchain games on a daily basis. With blockchain gaming at such a nascent stage of development, MetaverseGo aims to accelerate growth and adoption by removing all the usual challenges associated with onboarding to cryptocurrencies.