Sony Interactive Entertainment has announced that the Dual Blue-ray Disc pack will be available in the Philippines on January 17, 2019. 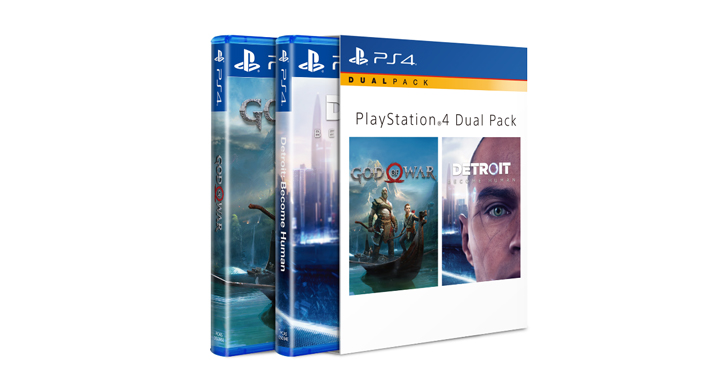 This PS4 Dual Pack includes two Blu-ray discs of the most awaited games of 2018 namely God of War and Detroit: Become Human. This bundle is only priced at PHP 2,699.

God of War is one of the most popular game franchises in the gaming industry as it delivers great graphics, storytelling, action, and game mechanics. Check out its game trailer here.

Detroit: Become Human, on the other hand, is a game made from the developers of Fahrenheit, Heavy Rain, and BEYOND: Two Souls. Expect that this game will contain a lot of choices that branch out to different endings. Watch the trailer video here.