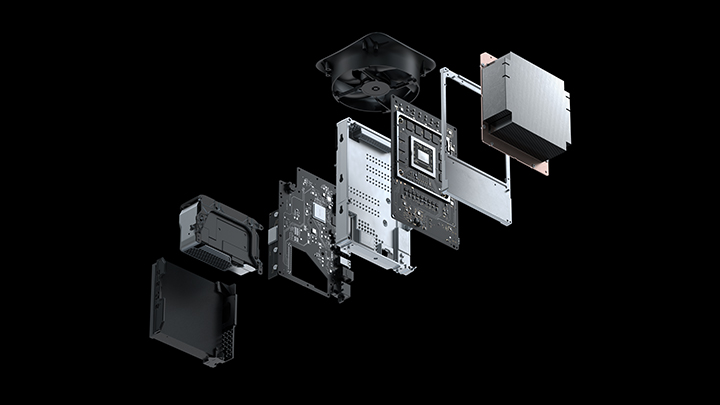 Inside the vertical tower sits a custom Zen 2 processor with eight cores and 16 threads running at 3.6GHz. 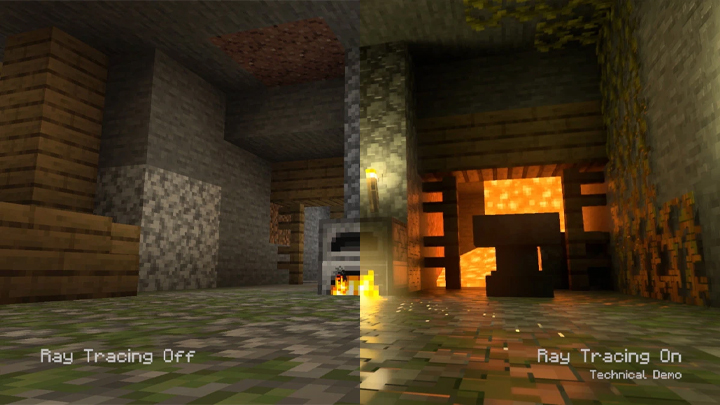 Handling the graphical workload is a custom RDNA2 based GPU with 52 CUs running at 1.625 GHz, delivering up to 12 TFLOPS of performance. 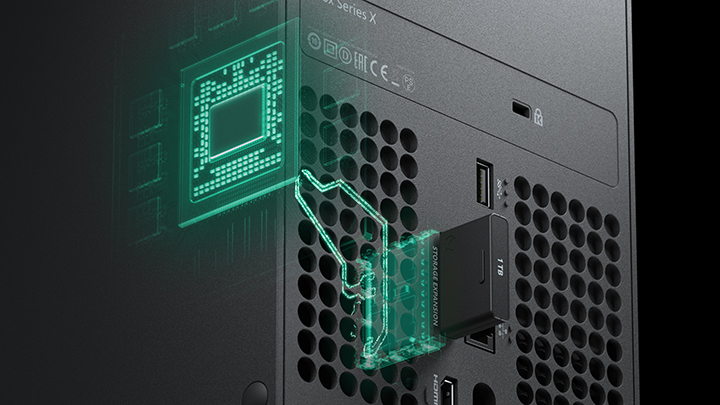 All data is stored on a 1TB custom NVMe SSD with an IO throughput of 2.4GB/s for raw files, and 4.8GB/s for compressed files. Should users require additional storage, there’s an option to add another 1TB expansion card that matches the internal storage. It also comes with a 4K UHD Blu-Ray drive. For comparison, Microsoft has uploaded a side by side load time test with the Xbox One X to show how quickly the custom NVMe storage is able to load up games.

You may check the Xbox Series X’ other features in our article here.