UPDATE (September 21, 2021): This article was updated to include the new rules implemented on Farm 2.5 updates. This includes new PVU to LE (vice versa) conversion rates and requirements. 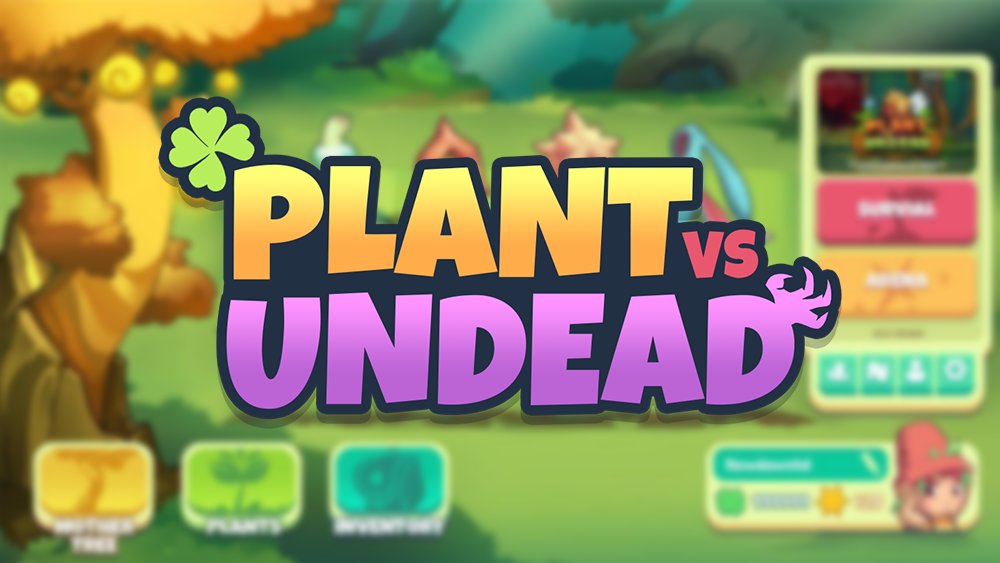 The 2.5 updates will be adding new features while fixing some things in the farming mode. Additionally, server issues will also be tackled in hopes of stabilizing the community’s experience when in-game. According to Plants vs Undead’s developers, The World Tree’s introduction aims to replace the current daily quest system by rewarding all players who participate in growing it—a collaborative quest with the community, meaning more rewards will be received if more players participate.

Since the first week has passed, the following are the defaulted rewards for the World Tree Quests. Do note as well that the Developers have changed the requirements for the rewards and are now based on how much water was given in the previous days.

Note that this is a community quest, and in order to be eligible, players must use a minimum of 20 water. Furthermore, all Sapling rewards will be removed after the first week. 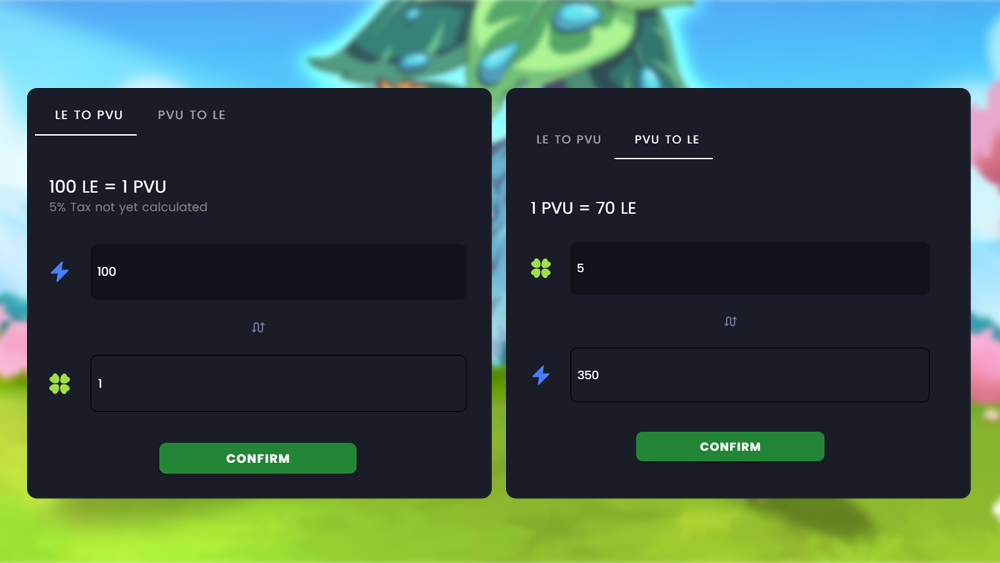 Plants vs Undead devs have noticed that many players have created multiple accounts, tools, and bots to abuse the game’s system. Because of this, the new update will add an extra layer of bot-detection tools. Note that players caught will be banned and will not be able to exchange earned LE to PVU.

The current 2.0 version of Plants vs Undead features watering and chasing crows for other neighboring plots. When version 2.5 hits the live servers, this feature will be removed entirely. According to the devs, the heaviest load for the server was when players go to other farms. So by removing this feature, the game should be able to handle a larger number of players at once. 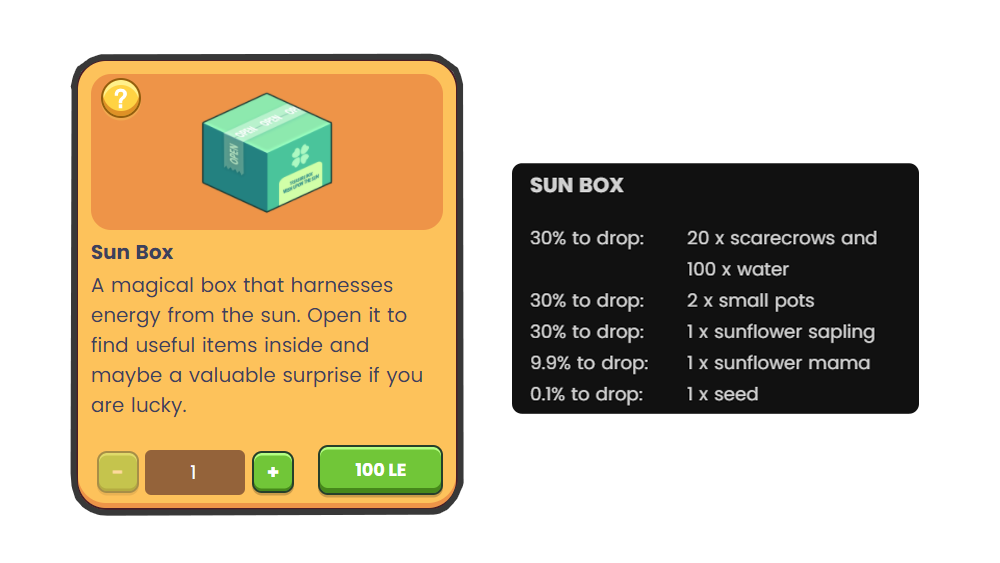 Farm mobile app
For those on the go but still need to tend to their farm at their batch time, the PVU developers have provided a mobile farm app for Android devices. The process is straightforward, head over to the Plants vs Undead website and login using your MetaMask. Once accomplished, click over the ‘My account’, and locate the QR code on the top left of the page. Once you scan the QR code with the downloaded app, you will be able to access your farm on your mobile device.

For those wondering, players who have entered at a low investment can still play the game. They must simply grow Sunflower until they have enough LE to buy 100 Sunflower Saplings that can be exchanged for a single NFT seed. As of September 9, 2021, players would need an additional four PVU (plus gas fee) to be able to convert 100 saplings into 1 seed. On the flip side, however, players can opt for Sun Boxes that cost 100LE in hopes of getting a random seed. Keep in mind that the odds of this happening is 0.1%.

How can I get back 100 sunflower sampling I try tomy convert it into seeding without minimum 4 pvu but it prompt me successfully converted how can I get it back? Do the system guaranteed back it?

my concern is that I can’t convert le to pvu, I always have a re-try time and day consistent every day

Additional information: As of Sept 9, 2021, you need an additional 4 PVU (plus gas fee)to be able to convert 100 saplings into 1 seed
Correction: The chance of getting a seed in a sun box is 0.1%

Is theres possible way to get back my seedling coz I convert it without a minimum gas fee can you helpmore me dear friend?