NVIDIA just launched their new GeForce RTX 20-series earlier this week at Gamescom, and they have given us a taste of what these cards can do. Real-time ray tracing and deep learning are the big buzzes right now in the graphics world, but what about performance gains over Pascal? The average gamer wonders; how much faster is the RTX 2080 compared to the GTX 1080? 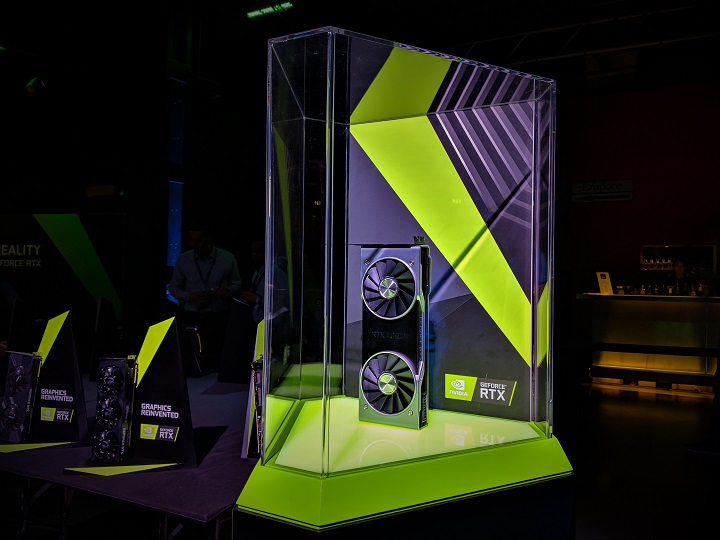 Well, earlier today at NVIDIA’s press event, they revealed this graph (below) that shows how much faster it is. Normal, rasterized games at 1080p are expected to run up to 1.5x faster on the RTX 2080. Games that support Deep Learning Super Sampling (DLSS) technology are able to be pushed further, running up to twice as fast. There are currently 16 games that support DLSS technology, with more coming in the future:

At the press event, we were shown two machines running Epic Games’ Infiltrator; one was running a GTX 1080 Ti with Anti-Aliasing, while the other was running an RTX 2080 Ti with DLSS enabled. Not only did the latter run at a higher FPS, but it was also a lot more crisp and detailed.

NVIDIA also revealed that with the RTX 2080, these titles were able to run at 4K with HDR, while breaking the 60FPS barrier. 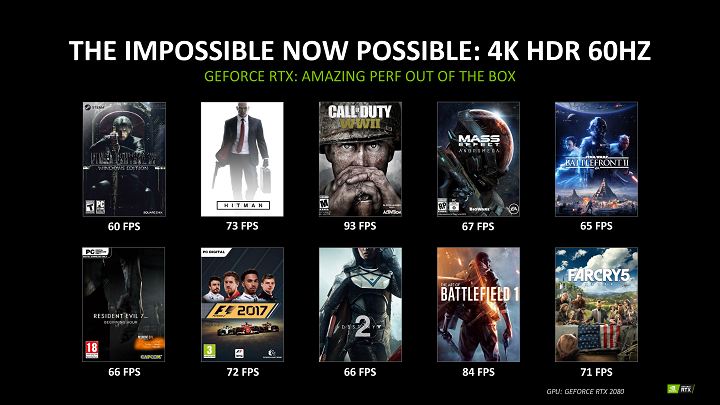 None of these games are listed as currently supporting real-time ray tracing or DLSS, but given how much more powerful Turing is compared to Pascal, we can assume that fairly high graphics settings were used to get these numbers. However, it’s always best to take a manufacturer’s own benchmarks with a huge grain of salt and wait for what we reviewers have to say.

To see the list of games that support real-time ray tracing, you can click here. For pricing and availability information on the GeForce RTX 20-series graphics cards, click here. Also, be sure to stay tuned for the rest of our coverage from Gamescom 2018.