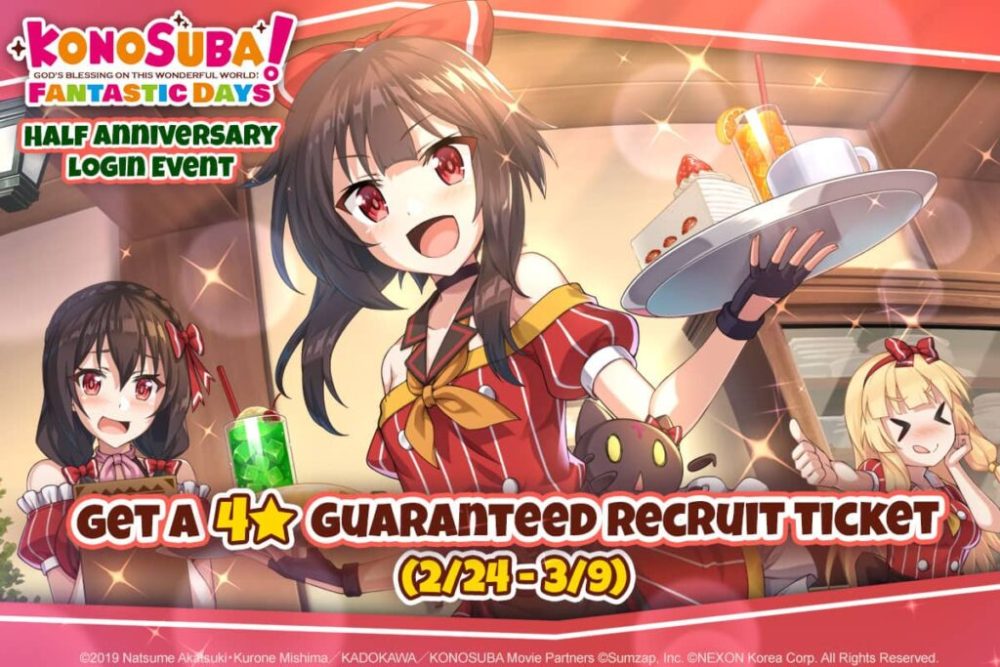 South Korean video game company Nexon announced the start of KonoSuba: Fantastic Days Half Anniversary event on February 24, a celebration that will run until March. Players are promised to enjoy tons of new activities and rewards in its entire duration. Based on the fantasy comedy anime and light novel series KonoSuba: God’s Blessing on this Wonderful World, the card-collection role playing game published by Nexon and developed by Sumzap has more than a million downloads in Google Play and iOS.

According to Nexon’s press release, the top five characters most used by players in the past six months were Treasure Hunter Melissa, Royal Holiday Iris, Explosive Megumin, High-Flying Thief Chris, and Elegance Melissa. In particular, Melissa is one of the game-only characters introduced in Fantastic Days.

Prior to the event, a Half Anniversary countdown bonus gave players up to 500 Quartz and 16 Dream Tickets. Quartz is the primary currency to obtain new members via gacha. Dream Tickets, meanwhile, are especially created for the Half Anniversary draw. The winners will receive special in-game items.