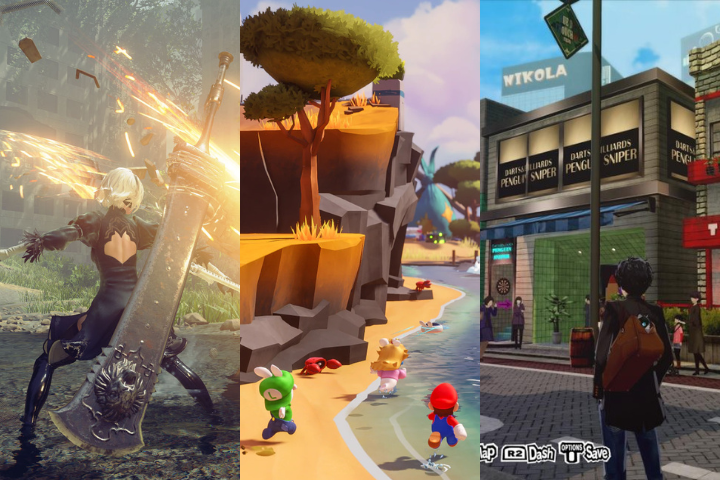 After much speculation of a Nintendo Direct during “not E3” season, Nintendo finally announced a Nintendo Direct Mini: Partner Showcase, showing off all the great 3rd party games and developers the Switch would have to offer in the coming months, and coming into 2023. It’s not exactly what most wanted, but it was still a pretty great Direct overall with some announcements we saw coming, and others that took us by surprise. So let’s get into some of the announcements that caught our attention.

We’ve heard much of this DLC ever since it was announced last year, but now we got a little preview of the monsters included in Sunbreak, and even a roadmap of when more updates for said DLC will arrive. If Monster Hunter Rise could provide players with hundreds of hours of gameplay, expect Sunbreak to add a lot more to that.

Monster Hunter Rise: Sunbreak was release on June 30. If you’re still skeptical of purchasing the DLC, Capcom has provided players
with a demo to try it out.

With the release of the Megaman Battle Network Legacy Collection coming to the Switch, all the Megaman games are now available on the Switch.

A spin off to the original 2D platform genre, Megaman Battle Network is a tactical role-playing game with a little bit of a card-battle system. Unlike its original games, Battle Network is more of a traditional RPG where you’re able to explore open areas and even do side quests. So if you’re a Megaman fan or just RPGs in general, maybe give it a try.

The Megaman Battle Network Legacy Collection is set to release some time in 2023 as a timed exclusive on the Nintendo Switch.

Arguably the biggest surprise during the Direct, the announcement of a NieR: Automata port coming to the Switch took the internet by storm. Mostly because of how Square Enix was able to port such a huge game into our favorite hybrid console. An Action RPG, NieR: Automata is one of the best games in its genre, so having it on the Switch would only help with its success. Let’s just hope that its port is done well. The End of YoRHa Edition that comes with the game provides us some already released DLC and even some new console-exclusive costumes and skins.

NieR:Automata The End of YoRHa Edition will be release both physically and digitally on October 6 of this year for $39.99.

Mario + Rabbids Kingdom Battle was one of the first games released on Switch and received outstanding reviews, so the fact that a sequel was announced some time last year was no surprise. If you’re not familiar with the series, Nintendo and Ubisoft collaborated on this turn-based tactical game, combining Ubisoft’s Rabbids, and Nintendo’s Mario UP to create this fantastic and charming game.

5. The Persona Series coming to Switch

The Direct’s final announcement was the reveal of the Persona Series finally making it to the Nintendo Switch. A staple in the JRPG scene, the Persona series is regarded as one of the best out there.

The first Persona game to be released on Switch will be Persona 5 Royal, which comes out on October 21 of this year, while Persona 3 Portable and Persona 4 Golden being released in a further date.

This is just 5 of the games announced during Nintendo’s 25-minute showcase. If you want to see more of their announcements like Sonic: Frontier and others, a link will be provided below.