Ubisoft has recently announced the open beta for PC on its latest battle-royale FPS game, Ubisoft Hyper Scape. Previously, the game has opened its technical test for streamers on select countries. 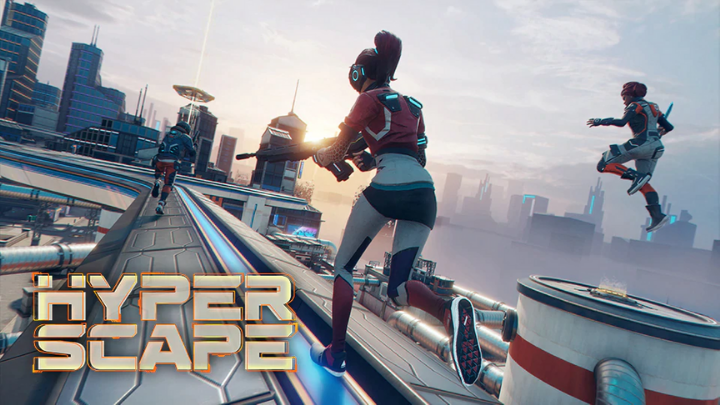 The game gathers 100 players in a modern city called Neo Arcadia. Currently, players may choose from the following game modes: Crown Rush Squad and Crown Rush Squad. They are deployed in the area via personalized pods and may choose their landing spots.

Weapons deployed around the area are usually placed inside the buildings. The range of weapons includes an SMG-based weapon for close to mid-combat called HARPY, powerful blasters, and auto-assault guns. A new weapon is also added to the open-beta. Dubbed as the Shockwave Hack, it is an AOE blast that pushes away enemies.

You may watch the overview of the gameplay below:

Unlike some shooter games, load-outs for Hyper Scape are determined according to the player’s loot.

The game also offers a plethora of Twitch live streaming features on the Hyper Scape Crowncast. These include:
• Progress of Battle Pass by watching a streamer with CrownCast activated for up to 2 tiers a day.
• Direct sending of invitations to viewers from streamers
• Addition of Haste, a new event, to the game for increasing the game’s speed.

Players are required to log in to their  Ubisoft account before downloading the Hyper Scape open beta in this link.