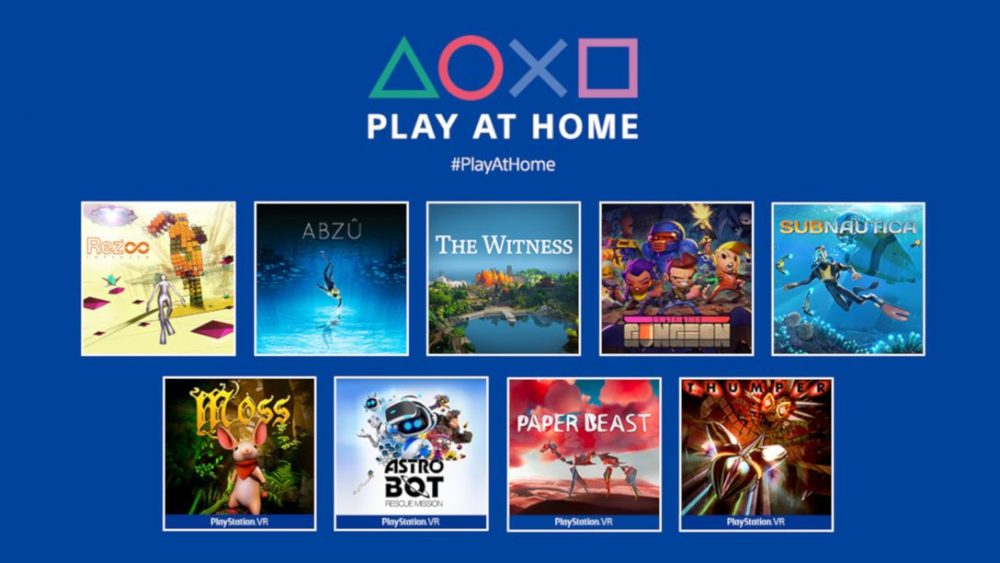 PlayStation, in collaboration with indie partners and developers, provides 10 games for the PlayStation community. Check out the upcoming free games below.

First up is the diving exploration game Abzû. Developed by Giant Squid studious, Abzû follows the journey of a diver exploring the ocean as he restores life using sonar calls. Gameplay allows the player to freely navigate and explore underwater environments ranging from open waters to ancient ruins.

Next is Enter the Gungeon. This game is a gunfight dungeon crawler that follows a band of misfits whose objective is to find the ultimate treasure. Do note that this game is not available in China, Hong Kong, Indonesia, Malaysia, Singapore, Taiwan, and Thailand.

Rez Infinite makes its way into the list, offering the player a thrilling journey of sights and sounds in its remastered synthetic shooter game version.

Subnautica‘s open-world survival will also be available in this list. Players are free to explore the alien-infested ocean to either marvel or fear the depth of the unknown.

Following the list is The Witness. This single-player puzzle game displaces the player in an open-world island filled with natural and human-made structures.

Astro Bot Rescue Mission includes itself as a platformer game in this list. Using the PlayStation VR, this game gives a whole new perspective on what a platformer is as it places the player right into the action for every jump.

Next up is Moss. Moss is a single-player action-adventure puzzle game that provides a blend of first-person and third-person perspectives when focusing on the puzzles at paw.

The rhythm game Thumper is included in the list. Thumper is a violent classic rhythm game as players take a beetle perspective that braves the void to fight a giant head from the future.

Experience a dream state in VR with Paper Beast. Explore a world inhabited by exotic creatures as players shape their environment to solve puzzles and obstacles.

The mentioned selection of PS4 games and PS VR games will be available for free download from March 25, 8 PM PT to April 22, 8 PM PT.

Finally, Sony is also extending the trial of Funimation, a joint venture of Sony and Aniplex of Japan. The anime-focused subscription service includes shows such as My Hero Academia, Demon Slayer: Kimetsu no Yaiba, Attack on Titan, and Fruits Basket. This extended trial offer kicks off on March 25 and is available until April 22.

Nevertheless, Horizon Zero Dawn Complete Edition will also be available for free starting April 19. Horizon Zero Dawn is a 2017 action role-playing game developed by Guerrilla Games and published by Sony Interactive Entertainment. The plot follows Aloy, a young hunter in a world overrun by machines, which sets out to uncover her past. It will be available for free download between April 19 at 8 PM PT and May 14 at 8 PM PT.