Set in the world of Riot’s League of Legends, players choose their champions and combine cards to build their unique decks. Champions and playable cards come from a region of Runeterra, including Demacia, Noxus, Freljord, Piltover & Zaun, Ionia, and the Shadow Isles – each of which, offers a distinct playstyle and their own strategic advantage. 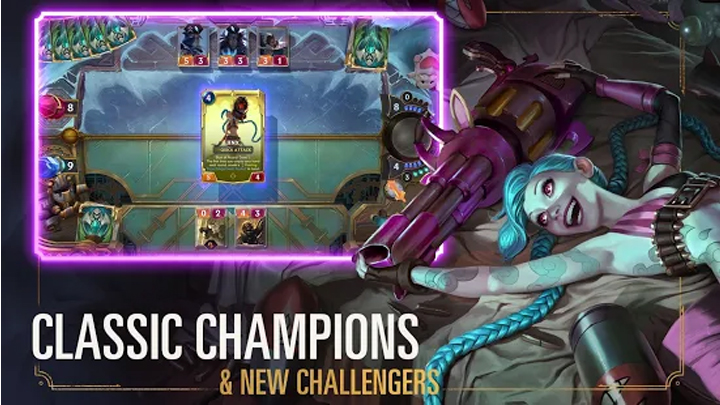 Players can earn cards for free, or purchase specific cards they want. Like League of Legends, there are constant patches that evolve the meta, requiring players to experiment and adapt. There’s also a ranked ladder for competitive players to climb.

You may download Riot’s Legends of Runeterra for Android here.