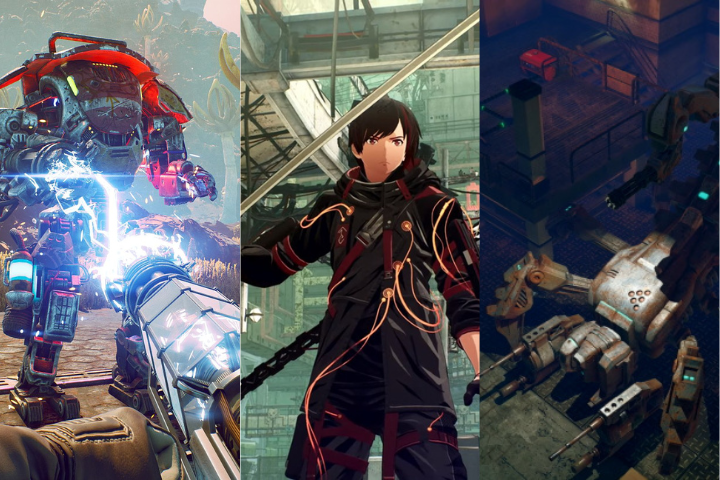 One of the few “post-apocalypse” games on here, Wasteland 3 is a turn-based tactical CRPG that takes place in post-apocalyptic Colorado. You take command of a squad known as the Desert Rangers as you, and multiple groups try and rebuild society from the ground up. As the leader of the Desert Rangers, you’re also free recruit more members to your team and use them in combat.

If you’re a fan of games such as Divinity Original Sin 2, Baldur’s Gate, or Pillars of Eternity (which is also on this list), then the combat should be slightly familiar to you. You and 3 other companions of your choice go into a turn-based battle system. Strategy is extremely important in this game, making sure you have the right amount of cover, ensuring you have the high ground are all important factors of getting a victory.

In addition to the awesome gameplay, Wasteland 3 also allows us to play with one other friend, making this a game you could easily enjoy with another person.

From the developers of Fallout: New Vegas (which is also on this list) comes a first person RPG that fell under the radar during its release in 2019. We’ve talked about the Outer Worlds in a previous article (Top 5 Games to play on XBOX Game Pass PC), but we feel like it deserves more recognition.

Set in the year 2355, the player is revived by mad scientist Phineas Vernon Welles, and is tasked to save the people of Halcyon. Once set out in the world, you’re now free to make your own decisions. You may choose to help Phineas Wells and his goals, turn on him right from the get go, or carve your own path. Just like most of the games on the list, the decisions you make will affect the game around you.

A second Outer Worlds is also under development, so it’s best you hop on now while waiting for its sequel to come out.

An OG to the CRPG genre, the Pillars of Eternity series has been a staple for RPG fans. The 3rd game on this list developed by Obsidian, the game provides fantastic gameplay and even better story-telling and writing. The game takes the player to Eora, on a journey to Drywood. The caravan that you are on is struck by a mysterious storm and kills most of the passengers, leaving you with a handful of characters. I’ll avoid spoiling too much of the story, but as mentioned in other games on this, your choices matter and will change the outcome of the story.

The combat of the game is a little unique, as it combines turn-based tactical combat, but as well as a “time-based” type of combat. Once a battle begins, you have the ability to pause the combat and plan your moves. Whether you want one character to attack, and the other act as a healer, the choices are up to you. It does get a bit overwhelming at the beginning, but you’ll get the hang of it eventually.

Developed by Obsidian and published by Bethesda, Fallout: New Vegas is always in the conversation when talking about one of the best RPGs out there. And luckily for us, it’s on Game Pass. The game places players in the year 2281 within the region of “New Vegas,” which was once the Las Vegas we know now. You play as a courier working for the Mojave Express, a postal service the serves New Vegas and its surrounding areas.

You’re then tasked to deliver an item known as the “Platinum Chip,” by a mobster named Benny. He then ambushes you and is left for dead, and the story goes on from then. Just like other great RPGs out there, the decisions you make will affect how your story progresses and how other NPCs treat you, giving this game an insane amount of replayability.

If you’re into anime looking graphics, or even anime in general, this game is probably for you. Released only last year, Scarlet Nexus is one of the more unique games I’ve played, wherein you have the chance to choose between two characters: Yuito Sumeragi or Kasane Randall, both characters have their own backgrounds, and each of their stories intertwine with one another. Starting with either story is fine, as playing both would give you the full story.

The combat and gameplay is nothing new, as it is a hack and slash type of games, Nier Automata and Astral Chain both come to mind. But just like those two games, they bring a little bit of a twist to it. Both Yuito and Kasane do possess psychokinetic powers, being able to use the items around your environment as weapons to throw at enemies. There’s also an anime of the game coming soon! So look our for that.

So these are 5 RPGs you could never go wrong in playing. Have you played any of the games on the list? Did we miss anything? Let us know!